Top Chef season 6 winner Michael Voltaggio, who is behind Voltaggio Brothers Steakhouse in Maryland with his brother, Bryan, wants you to make more than burgers this July 4th.

The 39-year-old, who is a father to two teenage daughters, is also an advocate for getting kids involved in the cooking process, regardless of the time of year. “Kids want to be a part of [cooking],” he tells Us Weekly. “I think rather than telling them to stay out of the way, get them involved. Because one, you’re teaching them survival techniques and tactics for themselves – you’re giving them something they’re going to use in their future. And two, you’re going to make them more curious in the food that they’re eating.”

While most parents think getting kids involved with cooking starts in the kitchen, Voltaggio believes it actually begins when you go grocery shopping. “If you take your kids to the store with you and you have them go through the entire list, they get to see all the different parts,” he explains. “Then, when you get home, you re-explain to them how these different parts play into that recipe, and they might want to experience how it all comes together as opposed to looking at it like it’s weird.”

Though a rib eye steak might be to difficult to have younger kids help out with, they can certainly assist with sides such as mac and cheese, coleslaw, and various vegetables. In the meantime, go beyond the burger this Independence Day and try the Voltaggio Brothers Steakhouse rib eye steak. Check out the recipe below! 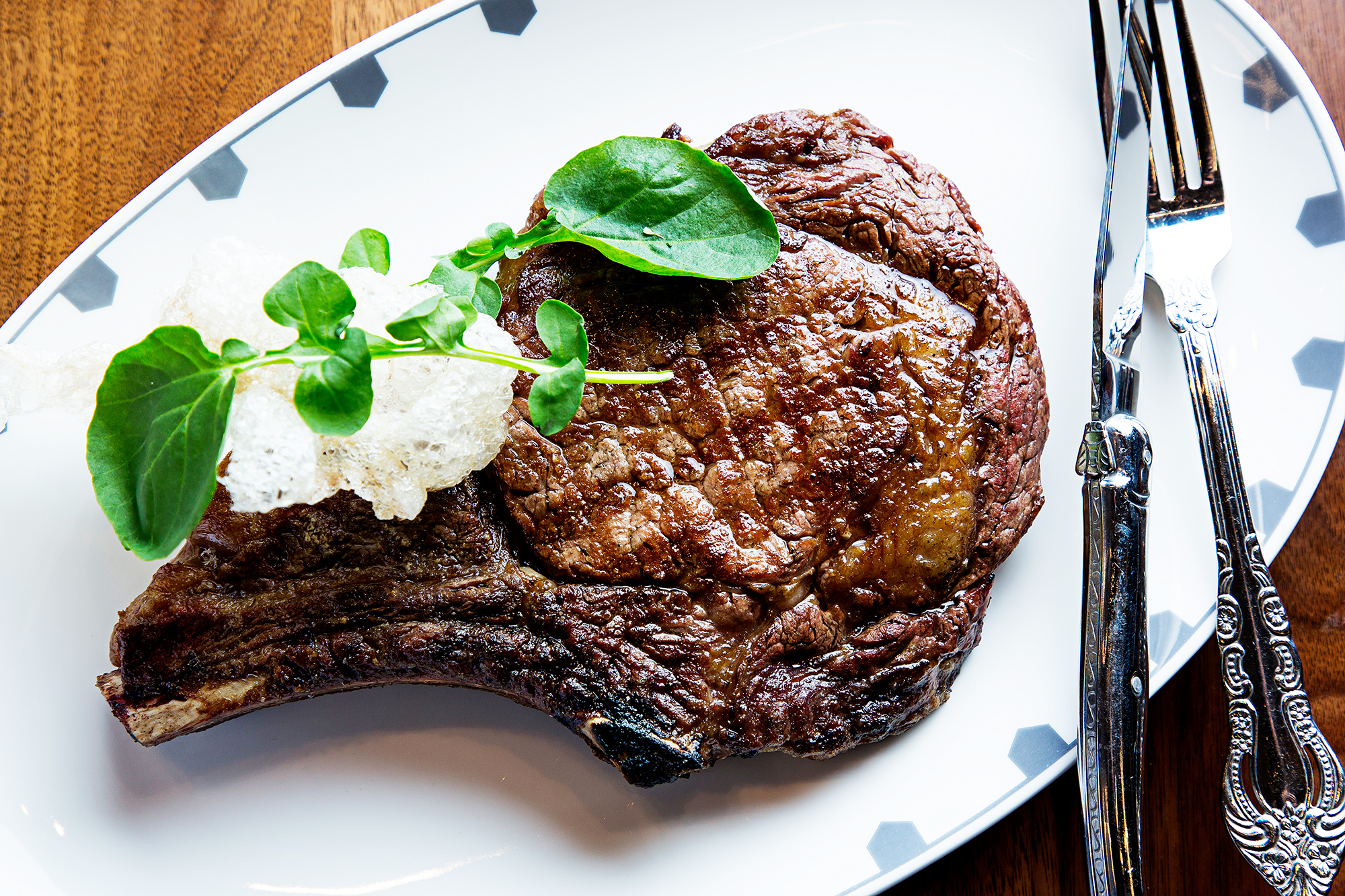 • 1/4 cup of neutral, high-heat cooking oil, such as canola or rice bran