Michael Williams to step down as director of the Wheeler Centre

The Wheeler Centre for books, writing and ideas was still on the drawing board when Michael Williams joined as programming manager nearly 11 years ago. At the end of next month he will leave the literary institution, having steered its course for more than eight years after succeeding the inaugural head, Chrissy Sharp.

Williams, 44, said he had over the summer reflected on his ‘‘exhilarating and wonderful’’ time at the centre, which opened 10 years ago this month. 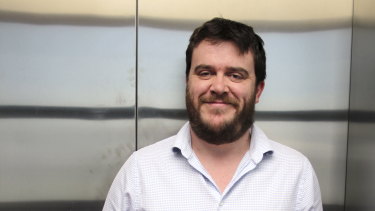 Michael Williams has an appetite for the cultural sector.Credit:

‘‘It’s time for me and the organisation to have a bit of a change. I do think people can stay too long at cultural organisations. The success of the Wheeler Centre is not down to one person, it’s about the incredible teams. Because I’ve been here since the start it is tied up very much with me and my imagination and my ambition and it feels like a good and logical time to step aside and let it become whatever it’s going to be next.’’

The Wheeler Centre was conceived as a central plank of Melbourne’s successful 2008 bid to become only the second UNESCO City of Literature. ‘‘Because it was announced on the back of the bid, it was a response to how rich and full Melbourne’s literary culture already was,’’ Williams said.

But one of the biggest challenges had been to make sure the centre’s success was not at anyone’s expense. ‘‘We had to balance making a significant impact without making it harder for the kind of organic, grassroots community that had always made Melbourne such a great literary city.’’

Williams said he would not rush into another full-time position. ‘‘It’s been a massive job. I love broadcasting, love publishing and have discovered an appetite for the cultural sector. Whatever I wind up doing, it will still be in books and conversation.’’

A successor to Williams has yet to be appointed.