The idea of coming face to face with your childhood bully would have most people running for the hills.

But for businessman Matt Fiddes, it marked the pinnacle of his journey from shy teenager to multi-millionaire martial arts tycoon – and an extraordinary tale of forgiveness for his one-time tormentor, Anthony Reape.

The pair, both aged 39, were reunited on This Morning more than 30 years after Anthony picked on Matt at primary school.

Rather than go their separate ways after the cameras stopped rolling, the pair set about ironing out their differences –  going on to spend hours training together and eventually becoming close friends.

And in an another twist in the tale, Matt’s former bully is now working for him, and has opened up his own franchise of Matt’s martial arts empire.

Speaking exclusively to FEMAIL, Anthony revealed how Matt has not only forgiven him, but given him a ‘new lease of life’ by helping him shed two stone, and in doing so overcome depression. 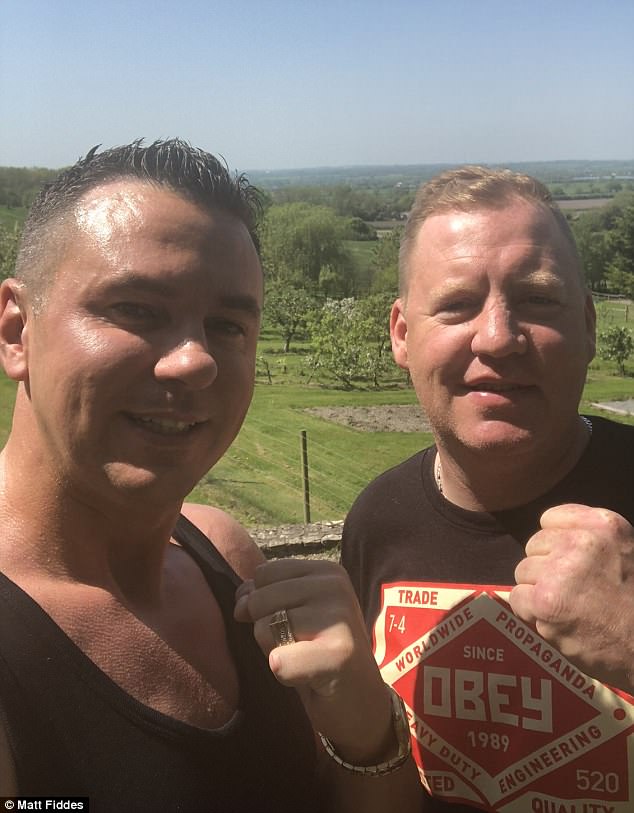 Matt Fiddes, 39, (left) says being picked on as a child by Anthony Reape (right) drove him to build his multi-million pound fortune

Matt, from Wiltshire, runs a chain of 700 martial arts schools and was a millionaire by the time he was 21.

Anthony said he feels proud to have played a part in Matt’s success, as the businessman actually credits his childhood bullying with giving him the drive to succeed.

Anthony said: ‘He’s given me a new lease of life really. We both made promises that we were going to get to know each other, hang out together and train together. 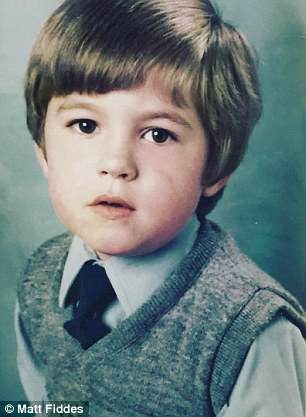 The men were at school together and Anthony bullied Matt, which he put down to childhood insecurities 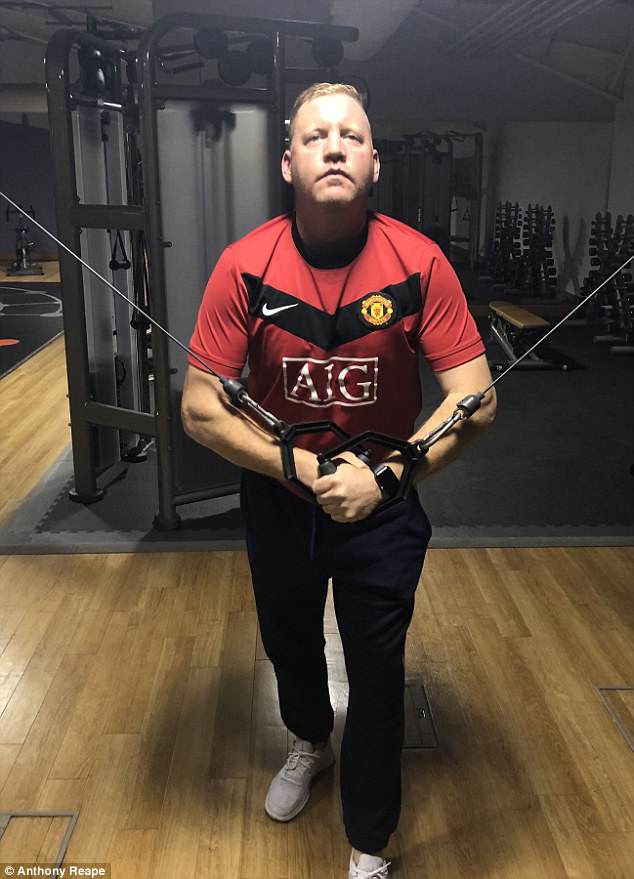 Anthony says Matt has given him a ‘new lease of life’, and helped him lose two stone and overcome depression

‘We said we’d do anti-bullying campaigns which we’ve done all over the country now. We made those promises and stuck by it.’

Earlier this month Anthony opened up two branches of the Matt Fiddes Martial Arts school after reuniting with his old nemesis.

When he appeared on This Morning in October last year, Matt said the bullying ‘started a fire’ inside him and  called Anthony  a ‘real man’ for being brave enough to go own the show.

Anthony admitted he had picked on him, but said it was childish behaviour like ‘pushing him in the queue for the milk’.

The segment was called ‘inspiring’ by This Morning viewers, who said Matt had set an example for the best way to deal with bullies.

Anthony suffered from depression following his split from his ex-wife, and credits his new healthy lifestyle for helping him overcome it.

He has now had over a hundred people joining his gym.

He continued: ‘Since that meeting it’s just given me a different mindset and outlook on life; how people are and how they should be. 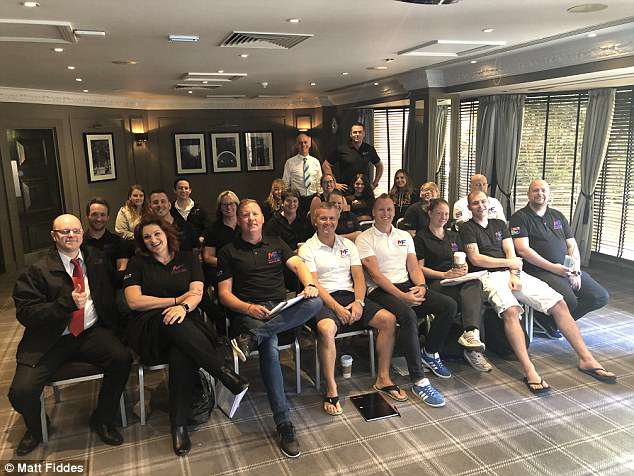 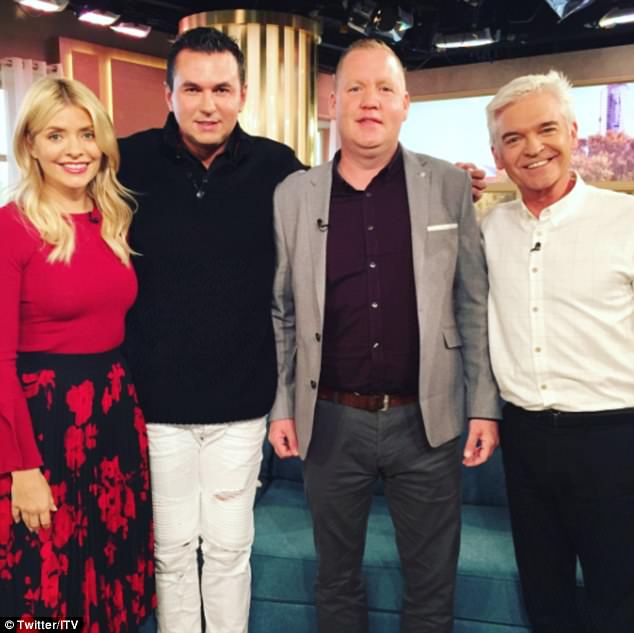 ‘It’s been massive; from the minute I met Matt I knew everything would change.’

On This Morning Anthony admitted to taunting Matt at the age of five because of his own insecurities.

Anthony grew up to have a career in construction, while Matt built his fitness empire, which he says was all thanks to the drive instilled in him by being picked on at school.

Anthony said: ‘I do respect the fact that Matt became Matt because of what happened to him. 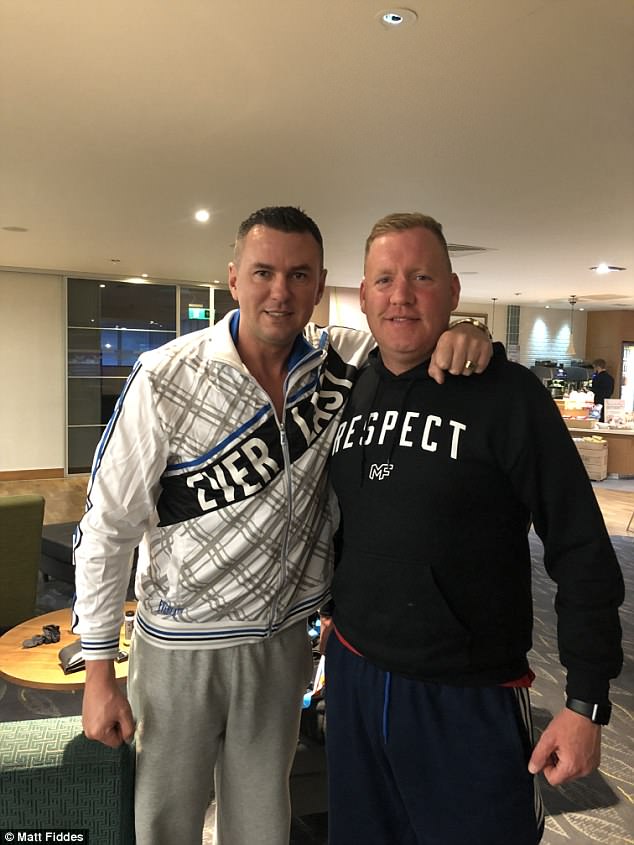 They men are now best friends through working out together, doing joint anti-bullying campaigns in schools and spending time with each other’s families

‘I wasn’t the only person that picked on him, it continued when we parted company at school. It was massive for him and I’m very proud to say I was involved in that. He’s a great man to do what he does.’

Anthony, himself a father of two, wants to inspire others to ‘come out and admit their faults’ with his story, and accept that we don’t always behave as we should.

He continued: ‘The amount of public feedback and the coverage from being on national television has been the opposite of what I thought it would be.

‘So many people have been supportive, and it’s so rare that someone comes from a five, six, seven year old to come back and do something different for bullying.’

Thanks to Matt’s business empire worth a reported £30 million, the family live in a lavish six- bedroom home in the Wiltshire countryside with his Bentley and top-of-the-range Land Rover in the gravel drive alongside Moniqe’s Range Rover.

His wife Moniqe, 24, a glamorous former singer from South Africa, has a vast wardrobe of designer clothes and a cleaner to make her stay-at-home-mum role easier. 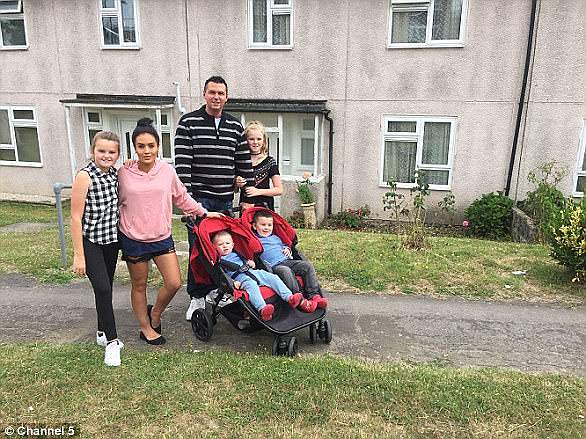 The Fiddes family Matt, Moniqe, Savannah, Lola, Zach and Hero relocated to Southampton for a week

The couple’s sons, Hero, one, and Zack, four, and Matt’s daughters Lola, 11 and Savannah, ten, from his first marriage, have only to ask for branded trainers for them to appear.

‘I do spoil them, particularly the girls, because I wasn’t around a lot when they were little,’ he admits.

The couple’s attitude to money? It’s perhaps best summed up by Matt’s admission that he keeps banknotes in the door pocket of his car, ‘and if a few tenners fly out, I wouldn’t be bothered running after them’.

The Leamons, on the other hand, watch every penny. Kim can no longer work, following an accident a few years ago, and suffers from a condition called Complex Regional Pain Syndrome, which leaves her unable to walk for more than a few yards. She gets around using crutches and a borrowed wheelchair.

Andy’s very modest salary, around £1,000 a month, supports the couple and children Freddie, ten, and Olivia, eight. He works in an emergency call centre for the elderly, mostly doing night shifts so he can act as a full-time carer for his wife. 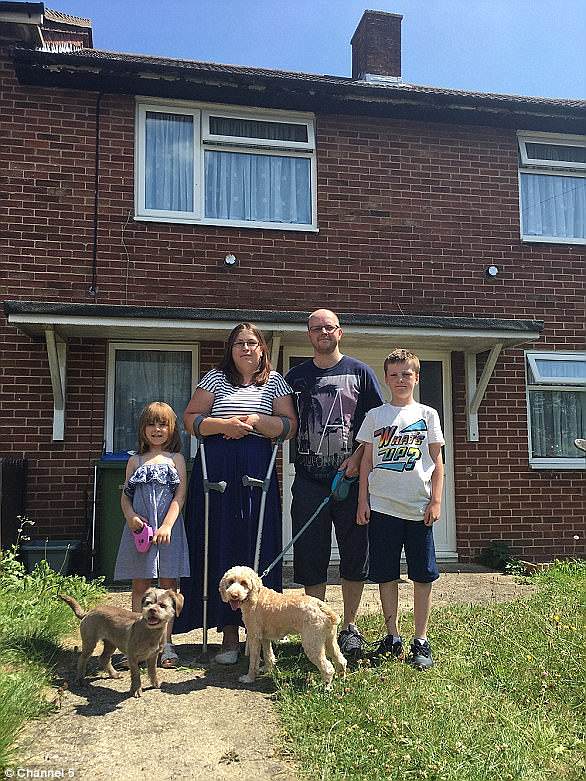