Last Friday, the body of Sabina Nessa, a 28-year-old with south Asian heritage from south-east London, was found in a park in Greenwich.

So far, two men have been held and questioned on suspicion of her murder, but the investigation is ongoing.

In the same week, the disappearance of white 22-year-old Gabby Petito dominated the news cycle in both the UK and the US.

The story gained extensive coverage on every major news outlet internationally, and seemed to connect with public engagement on a greater level than Sabina’s case.

Commentators have called the media and public response to Sabina’s death ‘delayed’ and ‘inadequate’.

The marked difference between these two tragic instances of gendered violence against young women is that fact that Gabby was white, and Sabina was not.

This fact has lead some to suggest that ‘Missing White Woman Syndrome’ may be impacting how people react to disappearances and deaths, a phenomenon categorised by racial bias.

Missing White Woman Syndrome is a term that was coined the by late American news reader Gwen Ifill, which refers to the intensity and vigour with which white female victims will be reported on and spoken about, compared to other victims.

Since then, the phrase has been used to highlight the inequality of coverage and public interest in cases of disappearance and violent crime between white and non-white victims. 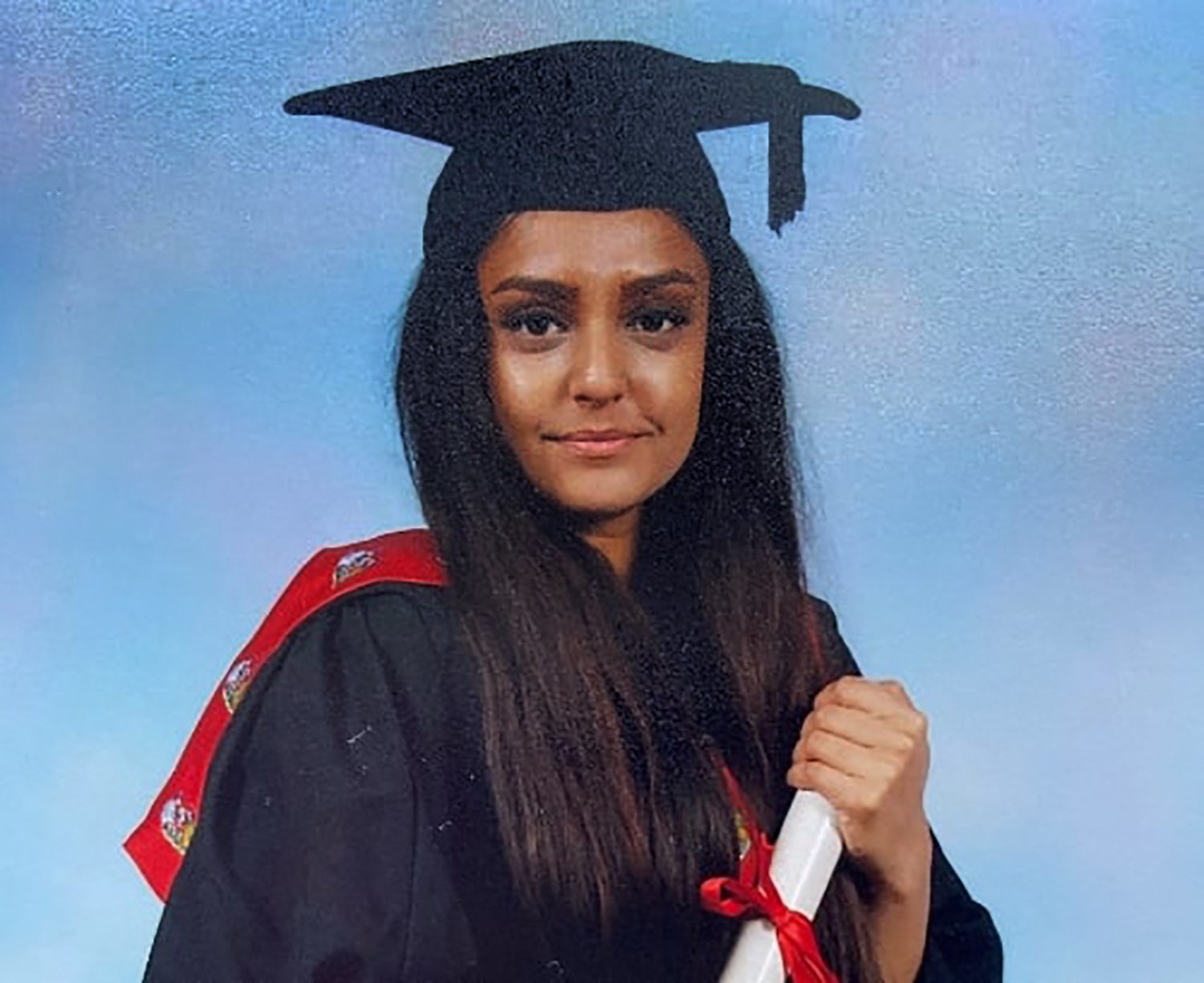 In the US, only about one-fifth of missing person cases involving minorities are covered by the news, according to 2016 analysis published in the Journal of Criminal Law and Criminology.

In the UK, those figures are not readily available, but anecdotally, many from ethnic minority communities have noted a clear distinction between the way crimes are reported, with Black and ethnic minority victims more likely to slip under the radar and be ignored by mainstream platforms.

‘In March 2021 questions on social media started to arise about the response to the horrendous murder of Sarah Everard,’ says Nova Reid, author of The Good Ally.

‘People started to highlight indifference towards the treatment of Black and brown people who regularly go missing. People like Blessing Olusegun, a Black woman who, until March 2021, was relatively unknown to most and also had gone missing after a walk.

‘Or the sisters Nicole Smallman and Bibaa Henry, two Black women who were murdered by a man in Wembley Park in June 2020. Two Metropolitan Police officers were subsequently charged with offences based on alleged taking of selfies with their lifeless bodies at the murder scene.

Nova says that in the public sphere, these cases did not appear to receive the same moral outrage and collective empathy.

‘It highlights just how desensitised to the suffering of Black and brown women so many have come to be,’ she adds.

‘In noticing and critiquing these discrepancies, it’s really important we don’t minimise the loss of any life and the suffering this causes to those closest to them.

‘All people in death deserve to be treated with human dignity. Right now, that is clearly not happening.’

Pitting the victims of violence and murder against each other is rarely a helpful contribution to discussions of inequality, and often, the nuances of individual cases are lost when they are reduced to a face-value competition.

For example, in the days after Sabina Nessa’s body was found, people on Twitter were expressing outrage at the fact that there was no vigil or marches in the streets, the likes of which we saw in response to the murder of Sarah Everard.

However, lecturer Aviah Day pointed out that comparing the responses to the two deaths with a focus on the vigil ignores the reason why the Sarah Everard vigil was held in the first place, and undermines the important protest against police sexism and violence.

The ‘valuable’ victims, Stillman explains, are those who are ‘white, wealthy and conventionally attractive.’

She says this hyper-focus on a very narrow demographic of victim makes the ‘marginalisation and victimisation of other groups of women, such as low-income women of colour, seem natural.’

This may be at the root of the ‘inadequate’ responses to more recent disappearances and murders of young women of colour. They don’t tick those ‘valuable’ boxes.

The ethnicity group accounted for 14% of all cases in England and Wales during the last financial year, despite representing only 3% of the population, according to the data.

In London there were 18,676 reports for missing Black people over te last year, compared with 23,890 reports of missing white people.

Race and diversity expert and founder of Pearn Kandola, Binna Kandola, explains a possible reason behind this insidious racial bias.

‘One of the issues here is that we feel more empathy towards people who are like us,’ Binna tells Metro.co.uk.

‘We see them as individuals, think more positively about them and are more likely to be helpful towards them. If the media is more dominated by people in the majority group, then their sympathies will reside more naturally with them.

‘If they have less knowledge of and contact with minorities, they are likely to empathise with them less. Members of minority groups are more likely to be stereotyped and as a consequence may be deemed to have brought their misfortune upon themselves.’

Binna says the same will be true of the general public – the majority of whom are white.

‘More direct evidence of the mistreatment of individuals, for example video camera footage, leads to more public outrage,’ he adds. ‘In the absence of such direct evidence the response is much more muted.’

While it is a sad indictment of human nature that people have to recognise themselves in a victim in order to feel true empathy, it may explain why so many cases of missing and murdered victims of minority heritage are being ignored.

Media expert and editor of upcoming book Black British Lives Matter, Marcus Ryder says we have to start with the people responsible for deciding which stories are worth telling.

‘For far too long, newsroom editors have tried to argue that we should look at how they cover stories to judge their news judgement and impartiality. What this reveals is we should be exploring what issues are not covered,’ Marcus tells Metro.co.uk.

‘This is far more revealing of their news judgement, values and even bias.’

Marcus uses the example of the Grenfell Tower disaster, saying the issue was not how news organisations covered fire safety before that incident, it was that it wasn’t covered at all.

‘The fact that the disproportionate impact of Covid on people of colour in the UK was not raised at the Downing Street press briefings until two Black journalists were allowed to ask questions, illustrates that you have different news values and different issues are covered depending on the diversity and backgrounds of the journalists and the people with editorial control,’ he adds.

‘We should not be surprised when large swathes of the public feel important issues to them are not being covered by the news, when the people making the news are so unrepresentative of those people.’

Witnessing members of your community go missing in alarming numbers is devastating. To then feel unsupported and ignored during this desperate time compounds this pain.

The violent and untimely death of a woman, or any person, is a tragedy. No one should have to fight for their loved ones to be valued and remembered.