‘We’re both so happy’: Mohamed Hadid’s fiancée gushed about their ‘effortless’ relationship in an interview published on the SAME day his three-year affair with a Polish model was exposed

Mohamed Hadid’s fiancée of five years described their relationship as ‘easy and effortless’ in a gushing interview – the day his five-year affair with a Polish model was exposed.

Justyna Monde, 25, who is only slightly older than his famous daughters Gigi and Bella yesterday told DailyMailTV how she’d flown on a private jet and stayed in luxury hotels across Europe from 2014 to 2017 with the multimillionaire real estate mogul, 70.

As news of the affair emerged, reality star Shiva Safai, 38, who became engaged to Mohamed in Bali in 2013 told Harper’s Bazaar: ‘I don’t think I can look at anyone’s relationship and say I would like ours to be more like theirs.

‘I like my relationship because of us – it just works for us and we are both so happy. It’s easy and effortless. I wouldn’t want to change anything about it.’

She admitted that they were in no rush to make wedding plans, saying they’ve been ‘so content’ in the relationship that it’s not been a priority. 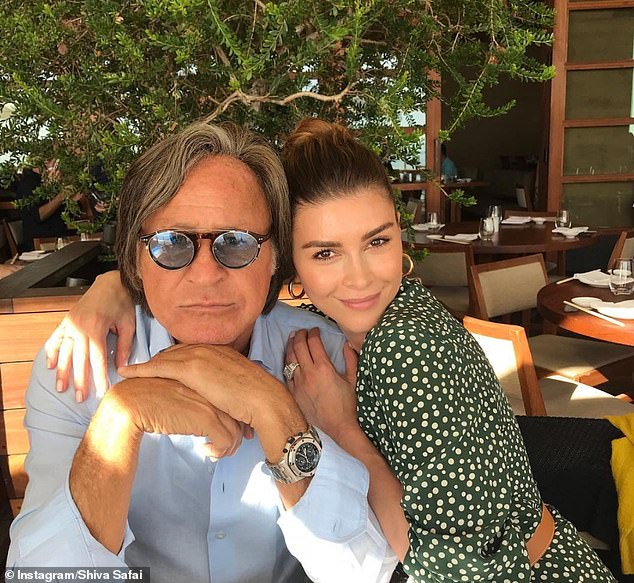 Mohamed Hadid’s fiancée of five years Shiva Safai yesterday posted a gushing birthday tribute on Instagram as he turned 70 yesterday, as his three-year affair with a Polish model was exposed 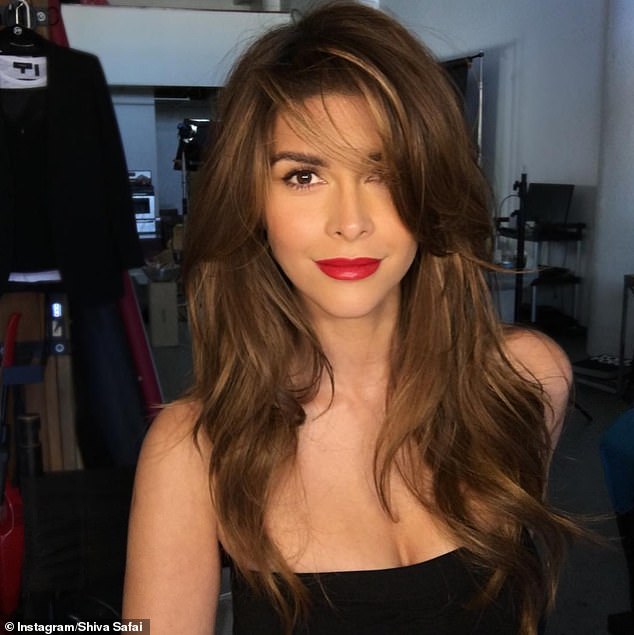 Second Wives Club star, Shiva Safai, 38, said in an interview yesterday that her relationship with Mohamed is ‘easy and effortless’ and claimed they are ‘so happy’ together

However, she insisted it would happen one day and said she would like a small, intimated ceremony, possibly in France.

She also payed tribute to her partner on his 70th birthday yesterday, sharing a snap of the pair together, saying: ‘Baby I love and adore you! Happy birthday my sweet love.’

Justyna Monde revealed she first connected with Mohamed via Instagram in September 2014.

They spent months getting to know each other by exchanging messages while the aspiring model was working and studying commercial real estate in Frankfurt, Germany. 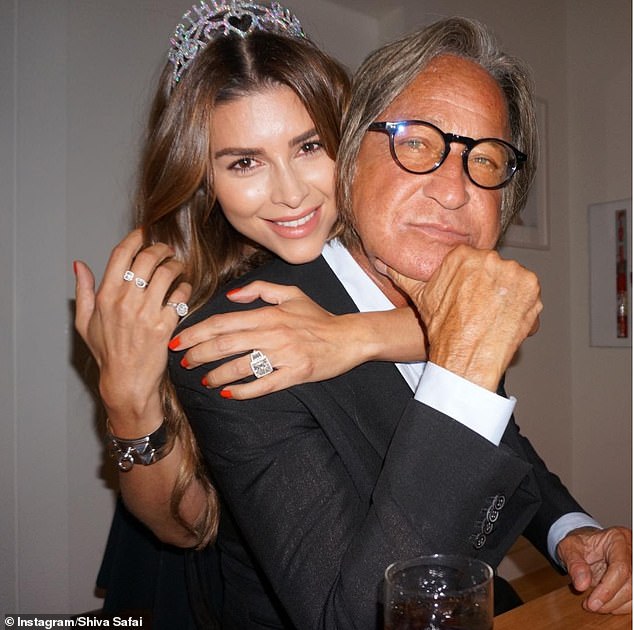 Happy couple! In this snap from August 2017, Shiva thanked Mohamed for making her ‘feel like a princess’ every single day 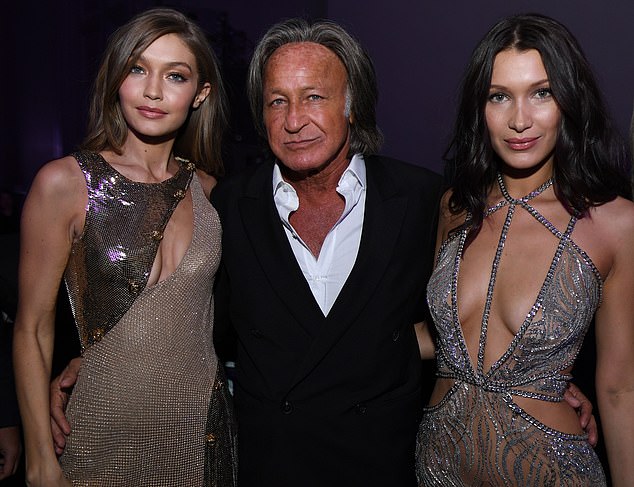 Mogul dad: Mohamed, who turned 70 on Tuesday, is the multimillionaire real estate mogul father of supermodels Gigi, 23, and Bella Hadid, 22

‘It started innocent but then it became a little bit sexual. We sent photos to each other of what we were doing. Of course, there were some nice, private selfies,’ she explained.

‘I wanted to experience an older man and of course he was attractive. He was sending text messages and in one of them, he said, “I would love to eat pierogis off your body.”

‘Sometimes he would ask me to send him some naughty pictures. And of course I did. I see nudity as a part of art. He was quite interested. He liked me a lot.’

In one exchange the multimillionaire real estate developer wrote: ‘You are a good girl. Adore you’ and in another asked if she wants to call him ‘daddy’. 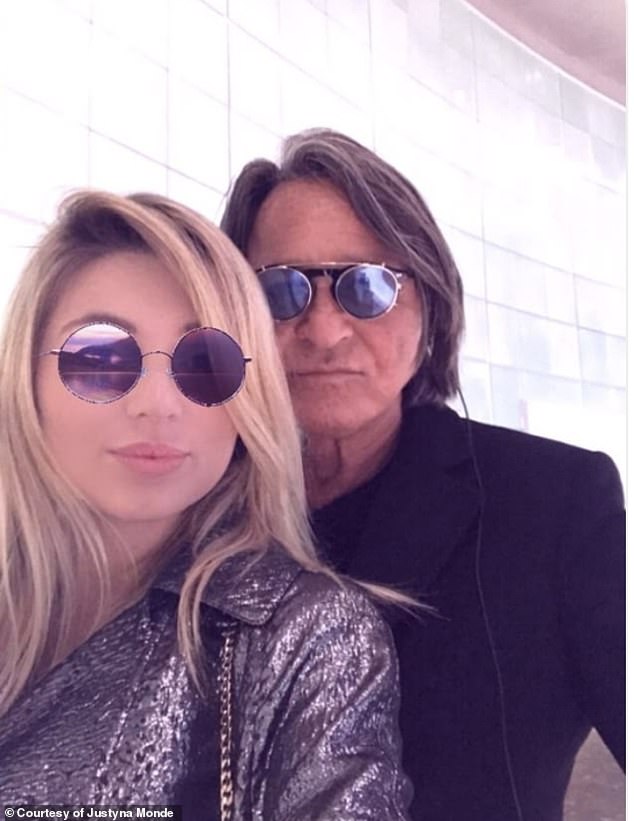 Secret lover: Justyna Monde, 25, tells DailyMailTV about her three-year affair with Mohamed Hadid, 70, after the two struck up a romance through Instagram in 2014 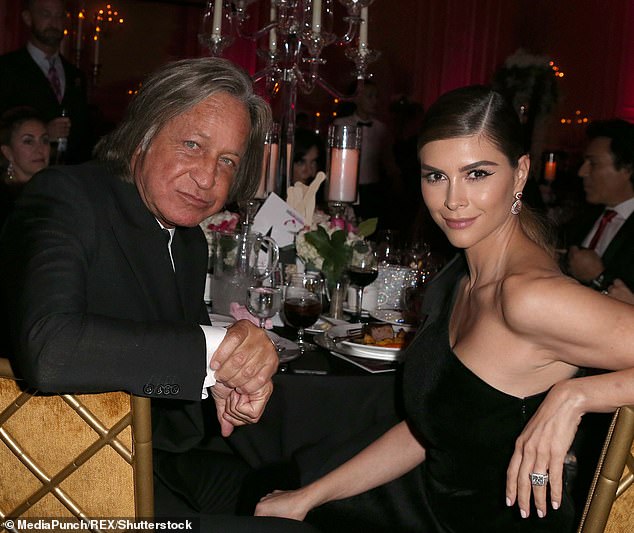 Fiancee: Hadid has been engaged to Second Wives Club star, Shiva Safai, 38, since 2013, although no wedding plans have been forthcoming

Justyna said that at first, he never mentioned his engagement to Shiva, who appeared on Shahs of Sunset, which happened while the couple were on vacation in Bali on New Year’s Eve 2013.

‘When we were first in contact, I didn’t know that he was engaged or that he had a serious relationship because he never mentioned that,’ she said.

Mohamed and Justyna met for the first time in the Polish city of Wroclaw, also known as Breslau, in October 2015, where they stayed at the five-star Sofitel hotel. 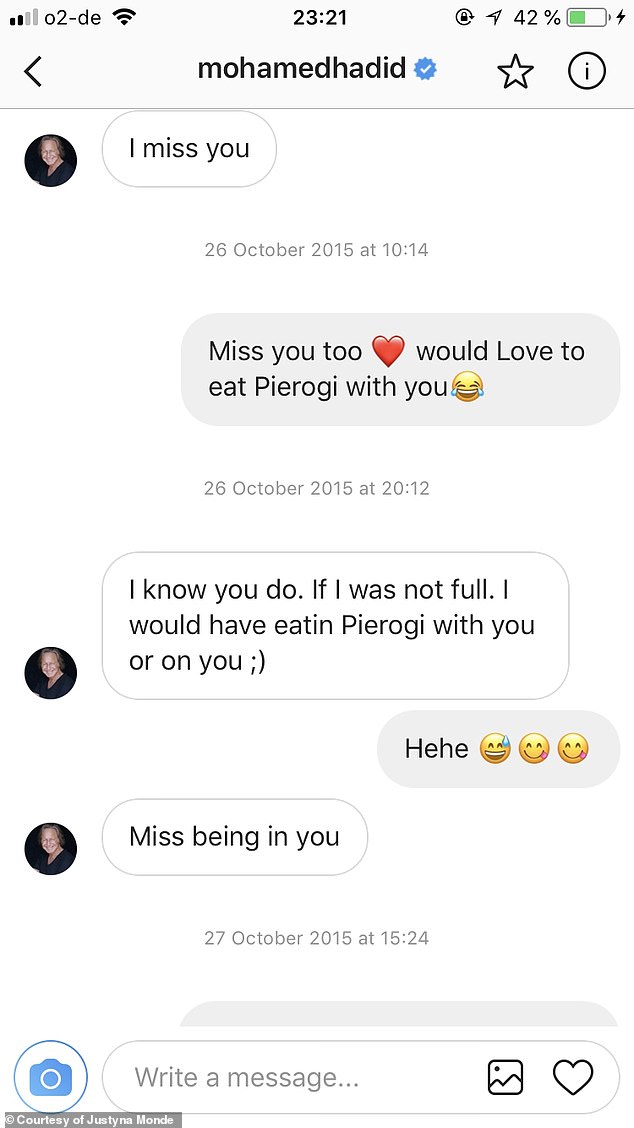 In one message, Mohamed tells the Polish model that he would have eaten pierogis off her body

Justyna said: ‘Shiva is very controlling and she was calling him so many times but it wasn’t my part to say anything about it because I was in a relationship too.’

The 25-year-old said that Mohamed asked her to be his girlfriend in 2015 but ‘she was in a relationship already and he was engaged so I didn’t really follow up’.

Mohamed confided to her that he was unlikely to marry Shiva, Justyna said.

‘I think Mohamed respects his fiancée but I don’t think that a relationship that is based on cheating has a final end like marriage. I don’t think he is going to marry her.’