The annual Sturgis Motorcycle Rally in South Dakota drew hundreds of thousands of bikers to the small town earlier this month — despite coronavirus concerns. Now, about three weeks after the rally kicked off, the repercussions are starting to become clear. More than 100 cases of COVID-19 connected to the rally have been reported in at least eight states, the Associated Press reports.

While bikers ride in open air, the rally also attracts huge crowds of patrons to bars, stores and other businesses around Sturgis where coronavirus can spread more easily. Some safety measures, like sanitizing sidewalks, were put in place, but masks were not required, City of Sturgis Public Information Officer Christina Steele told CBS News via email ahead of the event. 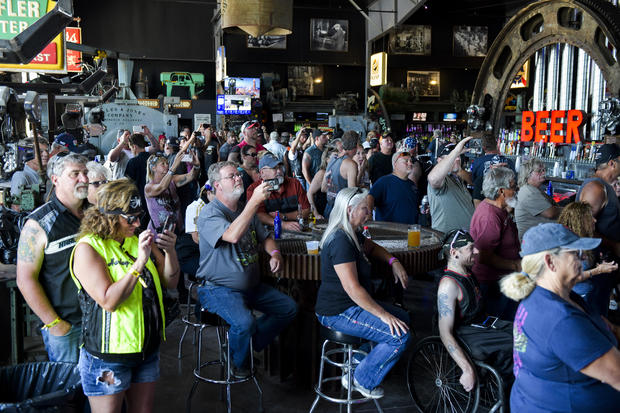 Now, health officials in multiple states are using contact tracing to determine how many Sturgis visitors may have brought the virus back home with them.

In an email to CBS News, a spokesperson for the South Dakota Department of Health said 40 cases related to the Sturgis Rally have been reported in that state. “This includes 3 out of state cases that we were notified of because those cases had close contact with a South Dakota resident,” the spokesperson said.

An official from the Minnesota Department of Health told CBS News via email that the state used contact tracing to determine how many coronavirus cases in Minnesota are connected to Sturgis.

“As of close of business yesterday, we were reporting 35 cases in people who reported having attended the Sturgis rally in some way,” the official said. “We will likely have a few more today, but I don’t have an official number yet.”

In Wyoming, nine people who tested positive reported attending Sturgis rally events, and at least two people in Wisconsin who traveled to the rally have been diagnosed with coronavirus, spokespeople for those states’ health departments told CBS News via email.

“As part of their routine interview, people who have COVID-19 are asked about any large gatherings they attended,” the Wisconsin spokesperson said. “Two people who have tested COVID-19 positive reported being at Sturgis. However, they reported other possible exposures as well. So we can’t say that Sturgis was or was not the cause of these cases.”

CBS News reached out to health officials from the other states with reported coronavirus cases connected to Sturgis and is awaiting their response.

While health officials have warned against large gatherings during the pandemic, Sturgis city officials decided in an eight-to-one vote to go ahead with the rally, CBS affiliate KELO reported.

In an email to CBS News, Steele said the “decision to hold the Rally came after hearing from thousands of attendees that they were coming to the event, even if it was canceled by the City of Sturgis.” 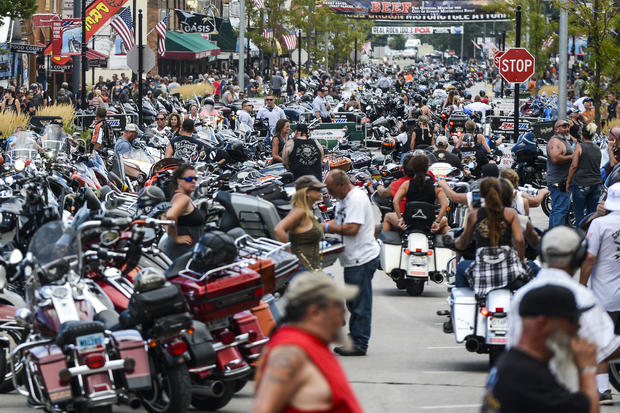 In an email on Wednesday, Steele said Sturgis won’t have an official estimate of this year’s attendees for several weeks. “One of the major data points used in the calculation is the amount of State sales tax collected,” she said in an email. “The state will not be able to provide this information until the end of September.”

State Health officials announced on August 20 that an employee of a local tattoo shop tested positive for COVID-19. That person was at the Sturgis business from August 14 to 18, “while able to transmit the virus to others,” the health department said in a press release.

Health officials also announced that two separate patrons who tested positive for COVID-19 in August visited a total of four Sturgis businesses this month while they were infected.

“Due to the risk of exposure, individuals that visited the businesses during the specified dates and times should monitor for symptoms for 14 days after they visited,” health officials warned.

On August 7, the first day of the rally, South Dakota had 9,371 total confirmed coronavirus cases. South Dakota now has 11,505 cases, according to state health data on Wednesday.

Nationwide, there have been over 5.7 million confirmed coronavirus cases and more than 178,500 deaths since the pandemic began — more than any other country in the world.