The spectre of COVID-19 hung over this concert, probably one of the last to be given by the MSO for some time. There was a notably thinner audience, despite a last-minute email confirming the concert would proceed.

Dutch cellist Harriet Krijgh, unable to travel, was replaced by Australian Chamber Orchestra principal cello Timo-Veikko Valve, and Ernest Bloch’s Schelomo was substituted for the advertised Lalo concerto. Peruvian maestro Miguel Harth-Bedoya was still able to direct the orchestra in a program that offered much romantic escapism in the face of escalating uncertainties. 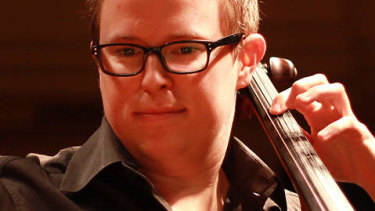 Kodaly’s Dances of Galanta set the mood with shimmering strings and seductive winds. Harth-Bedoya’s Latin exuberance enforced the hedonism of the score; allowing players admirable freedom in the first dance, and encouraging a powerhouse of rhythmic energy in the finale.

Bloch’s Schelomo, or “Hebrew Rhapsody”, further intensified the exotic feel of the program. Valve gave out a warm, honeyed tone throughout the work’s three sections, delivering a heartfelt central climax in the context of sensitive ensemble work.

Elbow-bumps and foot-taps among the artists were the order of the day to signify a job well done, even as many casual employees in the arts now face a difficult future.