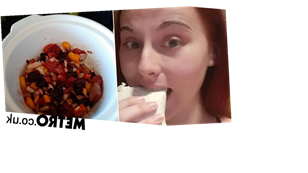 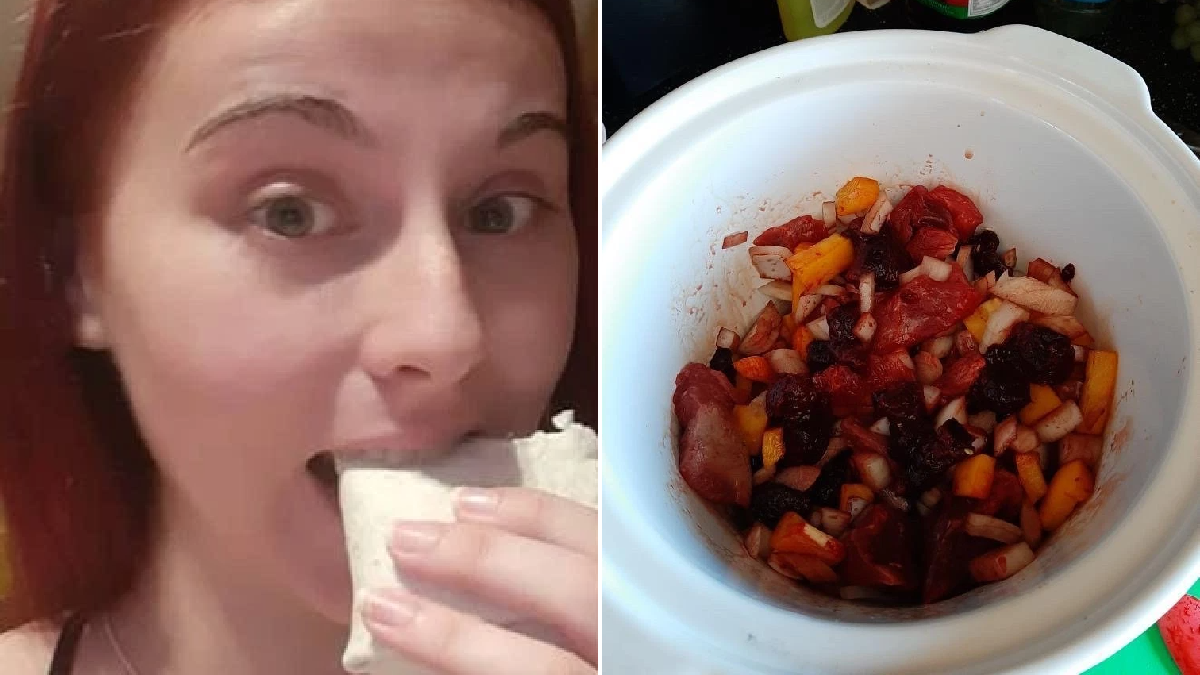 Following the birth of her first baby, Ketrina Hill brought home her placenta and turned it into a chilli.

While she thinks it helped her recover quicker, she admits the meat was a little dry so when she had her second child, she got more creative.

In April, when baby Luna arrived, she froze the placenta and then defrosted it a few days later to make a placenta burrito – complete with sour cream and shredded cheese.

Ketrina, 27, from Cambridgeshire, claims it was a great experience and she was excited to hear Dani Dyer is reportedly planning to consume hers too.

Dani posted a picture of capsules made from the organ when it is dried and ground up.

When she was pregnant, Ketrina decided to avoid that process as she couldn’t afford the cost.

The mum instead researched how others had cooked and eaten their placenta and decided to do it that way – both after the birth of Finnley and later for Luna, who was born on 28 April 2020.

‘I think it’s great that Dani Dyer is considering it,’ she said.

‘Seeing people in the media having a positive approach to ingesting placenta will help spread knowledge about how good it is.

‘I read a lot of research in placenta encapsulation but couldn’t afford it so decided to research people who had eaten it instead.’

She read anecdotal stories online from other mothers who tried eating the placenta and said they felt it helped them recover faster.

A study in 2015 by Northwestern University said there are no proven benefits of eating the placenta, but it continues to be a popular trend.

Ketrina said: ‘I had a great recovery with my first, felt energised and was doing everything I was doing before birth very quickly and felt good in myself.

‘I didn’t know whether I felt so good because I had eaten the placenta, so I made the decision to do it again after my second baby and had the same experience.’

To make her burrito placenta, Ketrina chopped up the organ and added it to beef, slow-cooking the mixture in a pot.

She then put the ‘meat’ in a plain wrap and topped it with shredded cheese and sour cream.

The mum said: ‘With my first-born, I made chilli and mixed it in with minced beef.

‘With my second, I slow-cooked it with beef and made a burrito.

‘I only had one meal after each birth as I had to freeze it the moment I got home from the hospital, and I had to use it all up once it had defrosted.’

While unusual, Ketrina enjoyed both meals and says she was more successful with the cooking of it the second time.

‘I was a little unsure of what it would taste like but it was just like really rich irony beef.

‘It was slightly tough in the chilli, which is why I slow cooked it the second time, you couldn’t even tell which was the beef and which was the placenta.’