The meaty monster weighs 1.5kg, feeds 10 people and costs £17.95 from the online retailer. The giant pig in blanket is an alternative for festive feasting and it is more than a foot long at 35cm.

The retailer claims it is the biggest available in the UK and it is made from 1.2kg of gluten-free sausage meat and wrapped in streaky bacon rashers.

The entire thing is 84 per cent sausage meet, 70 per cent of which is pork, takes 30-45 minutes to cook in the oven and each of the ten servings weights 120g.

The giant pig in blanket has been launched as part of the shop’s Christmas 2018 range and delivery costs £5.99.

If you're tempted to buy it, it's worth checking how the price compares before you do as it might be possible to get a better deal from your local butcher.

It has also relaunched its Christmas hampers, which it says contain enough food to feed eight to 10 people on Christmas Day. 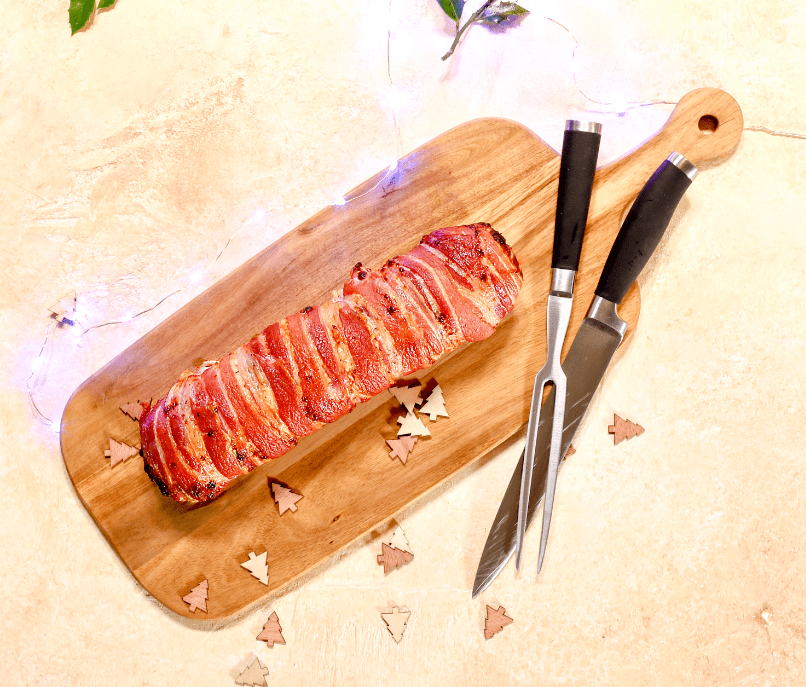 They cost £60 and contain a whole British turkey hen, free range heritage rump steaks, premium pigs in blankets, pork, sage, and onion stuffing balls, streaky bacon and premium turkey gravy, along with some extras such as a tea towel and recipe binders.

MuscleFood’s founder, Darren Beale, said: “We’ve spent the entire year working with specially selected suppliers to make sure this Christmas range is our best yet.

“One of the items we’re particularly proud of is our Giant Pig in Blanket which is new and exclusive for 2018.

“This bad boy has been developed by our in-house Michelin Star trained Development Chef using a fantastic blend of fresh sausage meat, herbs and streaky, salty bacon, and is every meat eater’s dream.”

In the run-up to Christmas you can expect all the retailers, both those online and with branches, to be releasing special deals on festive food.

Therefore it’s worth keeping an eye out for discounts and price drops on things you were planning to buy.

But, remember if you weren’t going to buy it anyway then it’s not a bargain, and always check a few other retailers first before you buy to make sure you’re getting the best deal possible.

Last week, for example, Aldi announced it was bringing back its indulgent salted caramel mince pies, and Lidl has launched a £12 spiced plum gin liqueur.

We’ve also tried and tested the high-street’s range of Christmas sandwiches giving them a score for appearance, taste and value for money.