My secrets for a stress-free menopause

My secrets for a stress-free menopause: The truth about HRT, a revolutionary new hot flush drug, and the magical power of your mind

In saturday’s Mail, Mariella Frostrup shared her experience of the menopause after the BBC commissioned her to front a major TV programme on the subject. Here, in the concluding part, Mariella investigates some revolutionary new solutions . . .

Every morning I squirt oestrogen gel onto the inside of my thigh or upper arm. There’s a lower risk of blood clots if it’s delivered through the skin rather than orally. At the end of the day, I further boost my depleted hormone levels with a progesterone tablet. Having never really taken much in the way of medicine during my five decades of life, at the age of 56, I’m now a pharmacy of hormone-enhancing products!

I wanted to use my BBC1 programme, The Truth About The Menopause (on tonight at 9pm) not only to expose the stigma surrounding the topic, but to investigate the treatments available. The HRT patch I was initially offered didn’t seem an advance on the medication given to my mother for symptoms that occurred at the same stage of life 30 years ago. 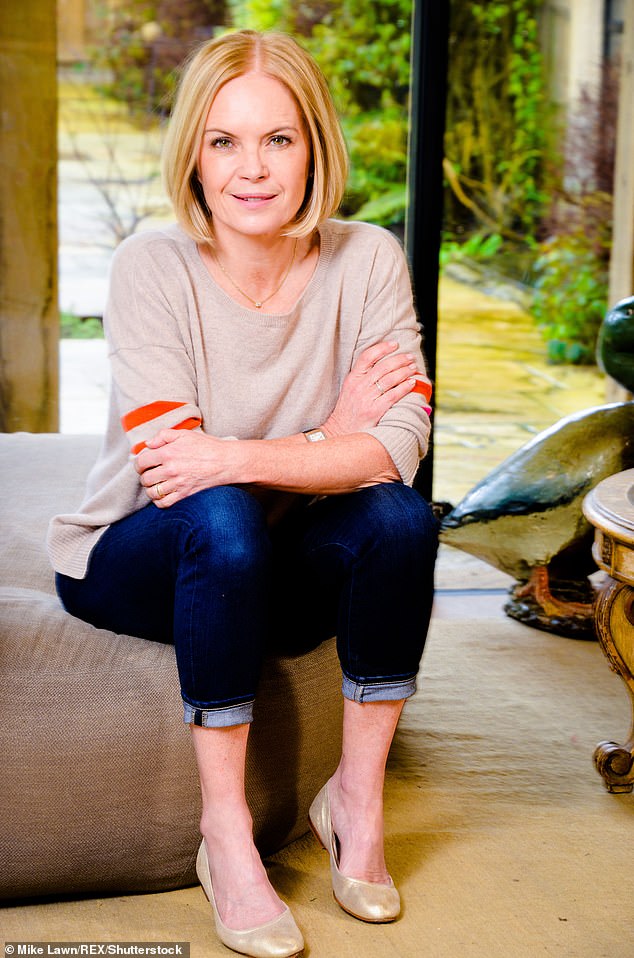 Mariella Frostrup, 56, (pictured) spoke to leading experts about the latest revolutions in menopause solutions ahead of her BBC1 programme, The Truth About The Menopause

In fact, speaking to experts and women nationwide, I discovered there is now a range of breakthrough treatments — even if general attitudes still need to be improved.

My marvellous gynaecologist Sara Matthews, who I see once a year, confirmed five years ago that I was going through the menopause. I was 51. As she points out, menopause is a retrospective medical diagnosis. It can only be applied after it has happened, since it’s defined as the moment a woman stops menstruating and is judged to have occurred a year after your last period.

But it may start far earlier than you realise. Sara says that as egg quality, and therefore oestrogen levels, begin to drop from your early 40s, you may experience changes and symptoms years before the menstrual cycle ends. Eventually, the eggs are such poor quality, they are not released and progesterone isn’t produced.

I hadn’t realised anxiety, sleeplessness, memory fog, lack of motivation and emotional upheaval are all linked to the menopause. It’s not really surprising — there are oestrogen and progesterone receptors in almost every organ and tissue in the body, so symptoms are diverse and different for each woman.

Sara fully agrees with me about the lack of communication and sense of shame surrounding the subject; whether it’s talking to girlfriends or partners.

‘We need to educate girls as well as grown-ups. It’s all very well knowing about periods, but schools ought to address the menopause as well,’ she says. Hear hear.

HRT is currently the only effective medical treatment for most menopause symptoms and I’ve been on it for five years.

But the fear that HRT will give you cancer has permeated an entire generation. Between 2002 and 2004, several large studies raised fears of an increased risk of breast cancer, with one, the Women’s Health Initiative in the U.S., suggesting a shocking 26 per cent increase. Thousands of women promptly stopped taking it. Prescriptions fell from six million in 2001 to three million by 2005. 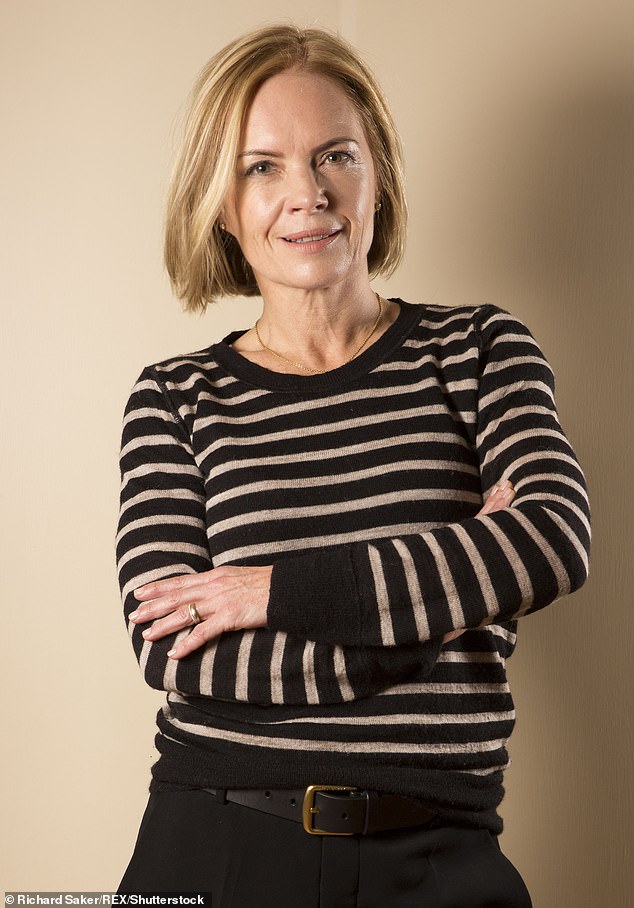 The findings impacted on so many women my age. The automatic response to HRT has been that it’s something to avoid. Today, only around 20 per cent of post-menopausal women take it.

I wanted to discover the truth, so I talked to Janice Rymer, Professor of Gynaecology at King’s College London School of Medicine and Vice-President of the Royal College of Obstetricians and Gynaecologists.

She is the voice of reason when it comes to HRT scaremongering. ‘HRT is not as frightening as the headlines make out,’ she says. ‘What is frustrating is that women aren’t given enough information about the subject and they are scared. Those who are feeling the effects of lowered oestrogen, or women at risk of osteo-porosis may find it invaluable.’

Bear in mind that cardiovascular disease is still a bigger killer than breast cancer in women and HRT may slow down the process of atherosclerosis — or hardened arteries. Janice tells me that 23 in every 1,000 women between the ages of 50 and 59 will develop breast cancer. ‘When you add in women taking combined HRT, it’s four extra cases.’

It turns out, in fact, that I’m more likely to develop breast cancer from excess alcohol. Drinking more than two units a day leads to five extra cases in every 1,000 women, which is disappointing for those of us who have enjoyed a little more than that.

And the biggest influence? Obesity. Here, 24 extra cases will be diagnosed in every 1,000 women. 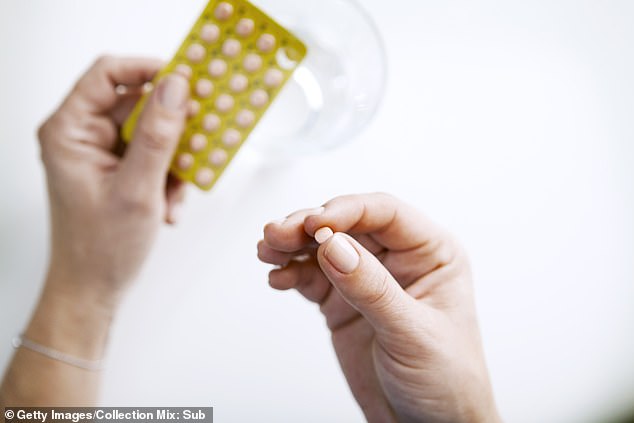 I had a sobering conversation with fellow broadcaster and journalist Dame Jenni Murray, who took HRT from her mid-40s and was diagnosed with breast cancer aged 56. She says she ticked the box for the other risk factors too, but she is sure she ought not to have taken HRT.

Hot flushes are the most common and debilitating symptom of menopause, and very much the cliched image of it.

Having only had two myself, I feel incredibly lucky. But another of my interviewees on the programme, Anita Carter, 60, who reduced me to tears with her story, has had hot flushes for five years, and gets around 30 a day.

She suffers from debilitating exhaustion as she wakes repeatedly during the night, feeling as though her body is on fire. Anita has tried everything; herbal medicines, HRT and sleeping tablets. She is now, she says, riding the storm.

But there is a glimmer of hope. It’s recently been established that a hormone called neurokinin B (NKB) controls hot flushes.

During a four-month trial in 2016, led by Dr Julia Prague and Professor Waljit Dhillo at Imperial College London, Anita was given a drug which stops NKB from being active in one of the parts of the brain that controls body temperature, so a hot flush isn’t triggered. After the third day she had only one hot flush a day and slept every night. 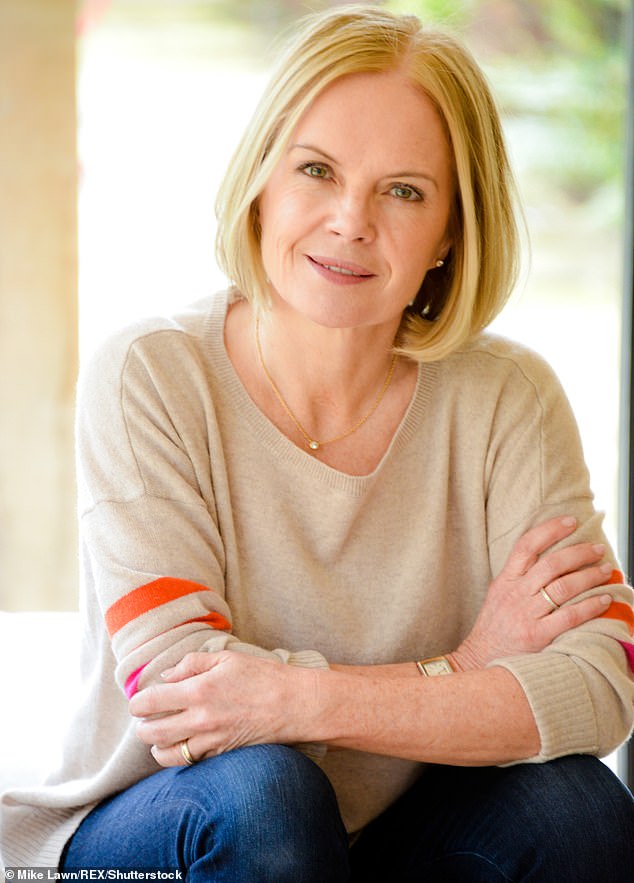 ‘My husband Michael enrolled me for the drug trial without telling me,’ she says. ‘And those few weeks were the best of my life.’

Now, it has to go through three to five years of safety testing and Anita has had to stop taking it, which means she’s back to square one.

‘I’m comforted by the fact I’ve contributed to something which will hopefully prevent my daughter and other women from having the same nightmarish years,’ she says.

There’s a strong argument that the sense of shame and stigma surrounding the menopause might be making symptoms worse. While making the programme, I met five women suffering hot flushes and other debilitating symptoms, from insomnia to mood swings, whose quality of life was being seriously impacted.

They were taking part in a trial at King’s College London, which sought to alleviate symptoms using cognitive behavioural therapy, or CBT, to change the way they think.

I was dubious that positive thinking was going to help much, and concerned it might perpetuate the myth that these horrid symptoms are all in the mind. 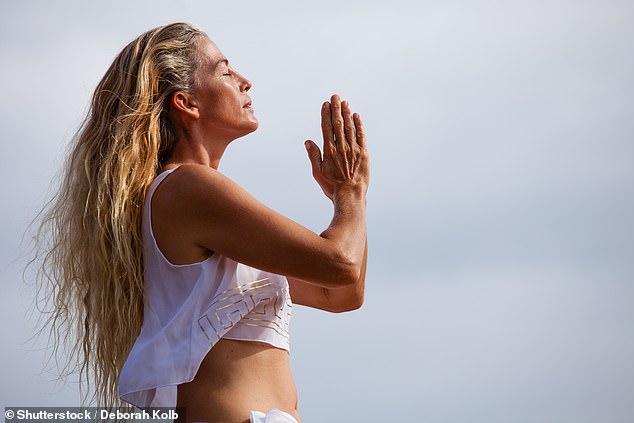 But Myra Hunter, Emeritus Professor of Clinical Health Psychology at King’s College London, has devoted her life to exploring the possible links between what we think and how we feel physically.

‘CBT has had good clinical evidence for stress and anxiety, but at King’s we have developed and trialled it specifically to help women manage menopausal symptoms,’ she says.

‘There is often a negative cycle where, if you have a hot flush and think, “help, everyone’s looking at me,” then you may well feel ashamed and less confident.

‘The emotional reaction can make the hot flush more intense.’ Myra conducted a study asking 25 to 45-year-olds what they’d think if a colleague was red in the face.

‘Reassuringly, few mentioned menopause. Most thought she might have a cold or had just run upstairs.’

As well as making video diaries, they were taught paced breathing — slow, deep breathing from the stomach — to ease anxiety.

I was delighted that the women came out the other end feeling so positive. But I think as much as anything the success was down to the fact they were given the right to share their experiences in a sympathetic group, diffusing shame and anxiety about what they were going through. 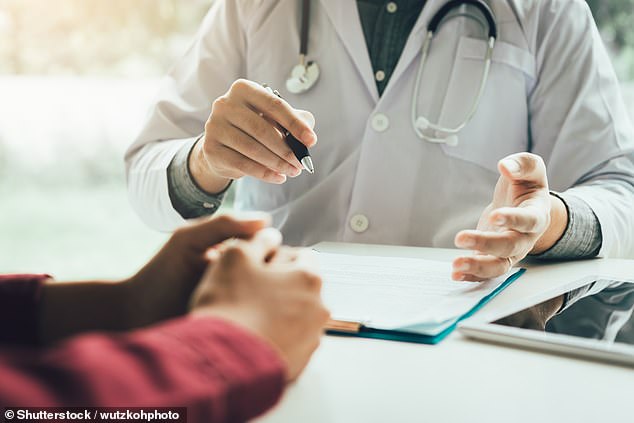 Well, here’s a plot for a dystopian novel. Consultant paediatric oncologist Sheila Lane, at Oxford University Hospitals NHS Foundation Trust, is a child cancer specialist who leads a treatment programme that can reverse the early menopause caused by chemotherapy.

One ovary is removed, prepared and frozen. At a later stage — post-treatment — pieces of this healthy tissue are re-implanted onto the remaining ovary, which then restores the natural ovarian function with the production of eggs, and the hormones needed for the menstrual cycle.

Endocrine function is restored in more than 95 per cent who have had tissue replaced.

At the present time this technology is reserved for children and young adults at high risk of ovarian failure.

In the future, however, one could, in principle, have a healthy ovary removed and re-implanted in your 40s or even 50s to delay the onset of the menopause. 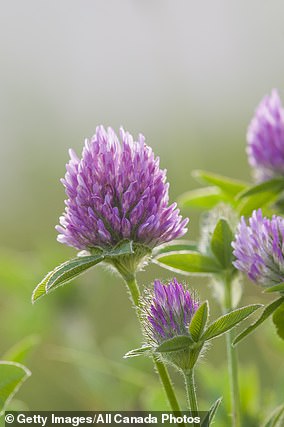 A rainbow of supplements are claimed to ease menopause symptoms, from black cohosh to red clover (pictured).

Cynically, I can’t help feeling menopausal women are a gift to the supplements industry, being vulnerable and desperate. That said, I’m not immune to the placebo effect myself.

If you take something and it does no harm, then great.

When I met dietitian Sian Porter she pointed out that although there is mixed research on black cohosh, and solid studies surrounding the use of St John’s Wort for depression and anxiety, you’re generally better off eating a healthy diet rich in foods containing soy, such as edamame beans and tofu, which contain a plant version of oestrogen.

Japanese women reportedly have far fewer menopause side-effects than Westerners, and there may be a dietary link. Additionally, a study showed those with a diet rich in oily fish delayed menopause by three years. It’s thought this, alongside beans, helps protect the cells and processes involved in ovulation.

We need to listen to our bodies far more. When I drink white wine and eat sugary foods I instantly put on weight around my middle and feel tired. If I drink minimal red wine and eat masses of whole grains, seeds and fish, I feel so much better.

The Truth About The Menopause, BBC1, 9pm tonight.