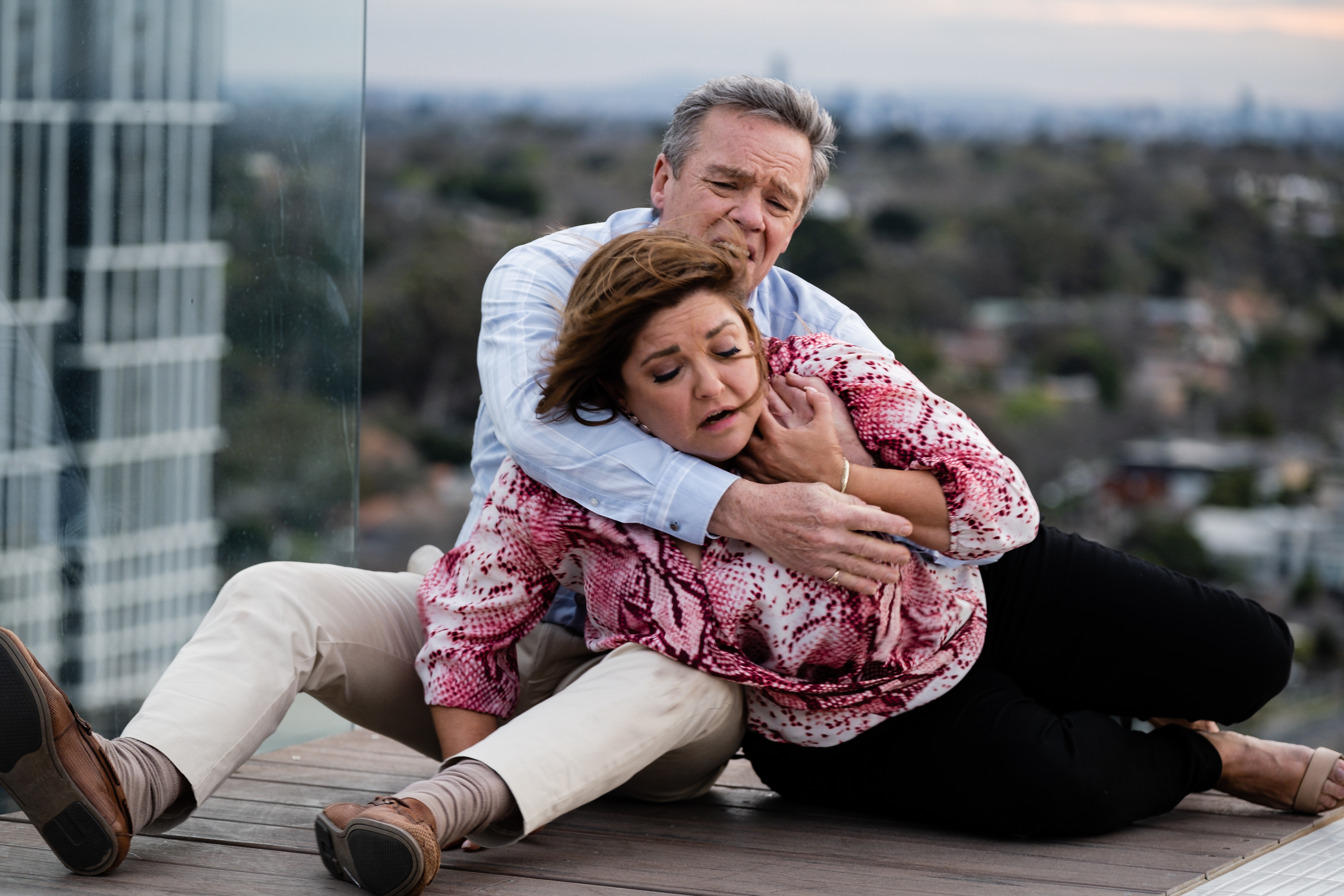 The last we saw of Terese (Rebekah Elmaloglou) she was dangling from a roof top just inches from meeting her maker. But breathe a sigh of relief, Paul Robinson (Stefan Dennis) swoops in and saves the day in Neighbours – but he still doesn’t succeed in saving Terese.

Ok so she’s now not going to drop off a building any time soon, but she faces a new danger all the same.

Harlow (Jemma Donovan) is on to Glen (Richard Huggett) in a big way – she knows he is hiding something and is determined to uncover whatever it is. She can’t get close to Terese because he’s behaving like a bodyguard – a bit weird in itself – so Harlow decides to go Miss Marple and do some snooping. She heads on over to his hotel room to dig for the truth.

And she has no idea how close she is to it. She discovers he is being weirdly cagey about the safe and she is adamant she’ll get to the bottom of it – little does she know it conceals Terese’s wedding ring. His behaviour is waving a giant red flag, but he manages to fob her off with some guff about it being his AA sobriety chip in there. But does Harlow look stupid? Her dad’s a killer, her grandfather is ruthless, there’s no way Uncle Glen is pulling a fast one.

Terese, on the other hand, is struggling. She has an amazing support network around her but she is sick of being babysat and wangles it so that her crew allow her some time to herself.

This is a big mistake on their part as it leads to very very bad things. Terese is harbouring a dangerous secret, one that Glen walks in on and discovers. Will he be the one to save her this time? Will he betray her trust to get her help, or will he use this knowledge to blackmail her?