‘What an abhorrent waste of plastic!’ Neutrogena is blasted for selling INDIVIDUALLY wrapped make-up remover wipes

Neutrogena has been accused of an ‘abhorrent waste of plastic’ after introducing a packet of individually wrapped make-up remover wipes.

Unlike typical packs of wipes, which are designed to be pulled one by one from a single plastic packet, Neutrogena’s cleansing towelette ‘singles’ come in bags of 20 – each one in its own individual wrapper.

The singles, which cost $7.99, have been billed as ‘perfect’ for travelling, work, or going to the gym.

But not everyone is happy about the new product, with many criticising the company for ‘killing the environment’ and promoting unnecessary plastic waste.

Responding to criticism from customers on Twitter, Neutrogena pointed out that the packaging is made from 40 per cent recycled plastic – but some have blasted the firm for not doing enough for the environment. 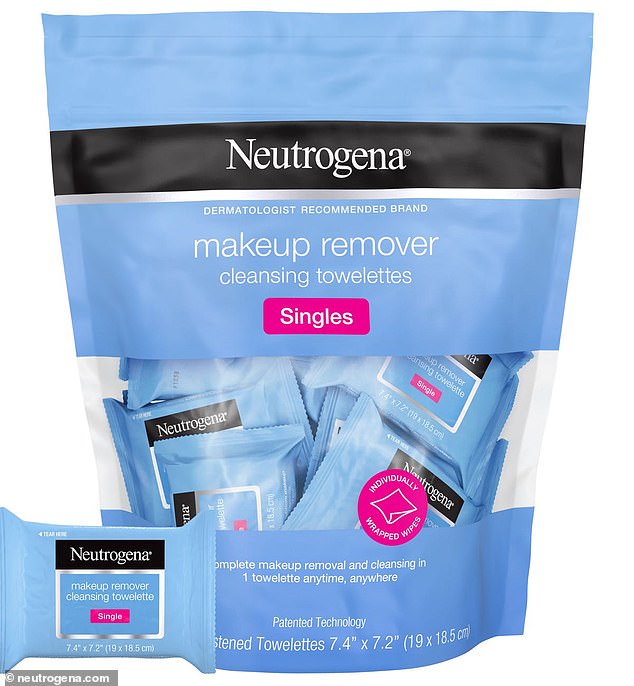 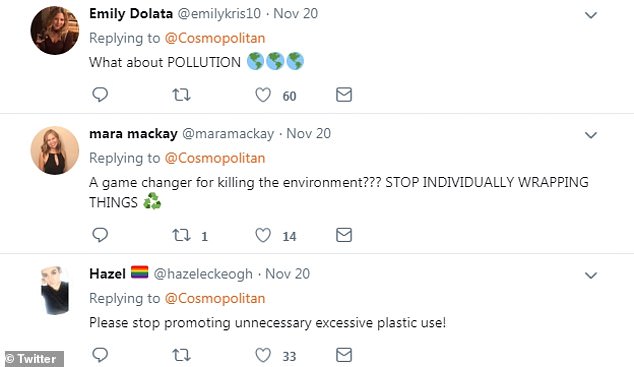 Twitter users have blasted the company for the product, saying it is promoting unnecessary excessive plastic use

Sara Gillespie added: ‘I am disgusted by your “Individually wrapped makeup wipes” what an abhorrent waste of plastic! We need to use LESS!’

Jess Ferrell said: ‘For just six dollars you can waste THREE TIMES as much plastic as you would if you used a face wash bar and wash cloth like a PEASANT!! Sea animals such anyway!!!’

Around 8 million metric tons of plastic goes into our oceans every year. Marine life can mistake the plastic for food, causing them to starve as their stomachs are filled with plastic. 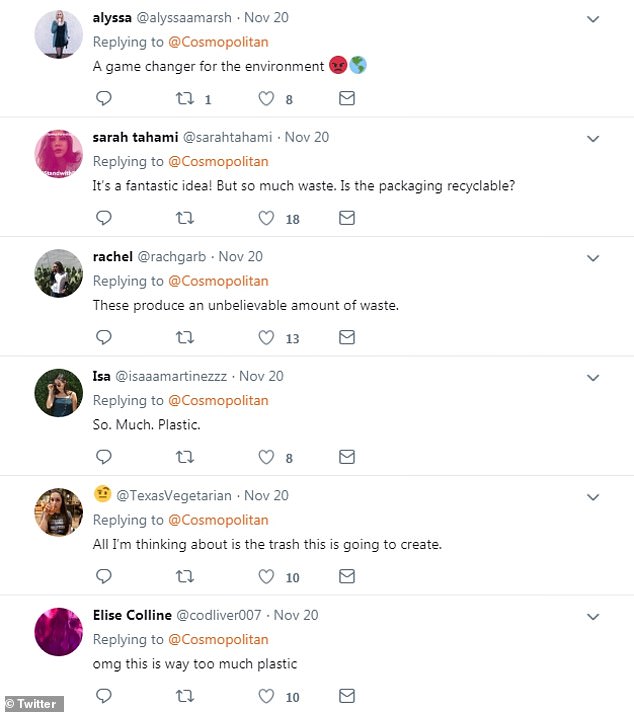 The wipes, which cost $7.99 (£6.20), are not currently available in the UK but have been slammed by US-based Twitter users since their release in early November.

Rachel Garb said: ‘These produce an unbelievable amount of waste.’

Another user added: ‘All I’m thinking about is the trash this is going to create.’

Elise Colline tweeted: ‘omg this is way too much plastic.’

Wet wipes cause 93 per cent of sewage blockages in the UK, and a 2014 study by the Marine Conservation Society found an average of 35 non-biodegradable wipes per kilometre of beach.

In May, the government announced that wet wipes may be banned in the country as part of efforts to cut down on avoidable plastic waste.