The latest gas leak was confirmed on South Broadway near Salem Street just before 11 a.m. on Saturday.

A strong odor of gas was reported in the area. Firefighters were stopping people from walking in the area.

No additional information was immediately available.

A series of gas explosions Thursday killed a teenager, injured about 25 others, damaged dozens of homes and forced the evacuation of thousands in Lawrence, North Andover and Andover.

On Saturday, Massachusetts officials warned of a scam targeting people seeking to help those displaced by the natural gas explosions and fires that rocked communities north of Boston. Local officials in Lawrence and Andover said residents have reported receiving calls from individuals falsely claiming they’re collecting donations on behalf of a local firefighter’s association for the disaster.

Lawrence officials said people should instead bring essential items to the city’s Senior Center and other locations that have been set up to aid victims. 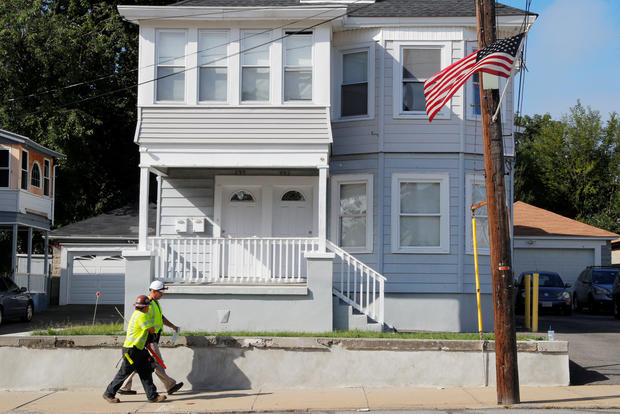 A Columbia Gas of Massachusetts crew works in a neighborhood evacuated following a series of gas explosions in Lawrence, Massachusetts, U.S., September 14, 2018.