Inside a sex robot factory: The frighteningly realistic ‘breed’ of A.I-equipped androids – and why the popular ‘female’ has a Scottish accent

Gone are the days of sex dolls that barely resemble the human form and have less-than-appealing features.

Today’s models are fully customisable and will soon come with artificial intelligence.

Australian sexologist Dr Nikki Goldstein visited Los Angeles to explore a factory which specialises in the making of these new-age dolls.

There she met the creators of ‘Harmony’ and ‘Henry’ – a breed of doll that has the makings of a robot and is AI-enhanced.

‘Fundamentally [the doll] is for someone who is looking for a different form of companionship – that really summarises what most people have in their mind when they start looking at this,’ said Matt McMullen on Sex & Life, Dr Goldstein’s podcast.

Mr McMullen, who heads up US-based company RealBiotics, explained his original idea was much more an art project than a prototype for a sex robot.

‘I wanted to create a super high-end opposable mannequin that would make people look twice thinking it was a real person,’ he said.

‘It had nothing to do with a sex toy or anything like that.

‘But what happened was all of these people started contacting me and they wanted that intimacy with the doll so it became a real doll.’

The doll, currently at the prototype stage, not only offers interchangeable genitals but identities can also be interchanged.

‘Everything is user-friendly so they can change the face to a different character if they want,’ the doll’s creator explained.

‘It’s customisable so we will have multiple character faces and they can all fit on the same robot base.’

Realistic features mean sex dolls look as good, if not better, than their human counterparts

‘Hopefully, at some point, they will be able to change anything and everything about them.’

In terms of movement, the sex robots can turn and tilt their heads, the eyes can blink as well as look from side-to-side and up and down.

‘She has mouth articulation so she can move her mouth and smile; her eyebrows go up and down and all of this runs from the AI (artificial intelligence) application,’ said Mr McMullen.

‘You’re basically talking to her through the A.I and the robot is channeling all of the reactions.’ 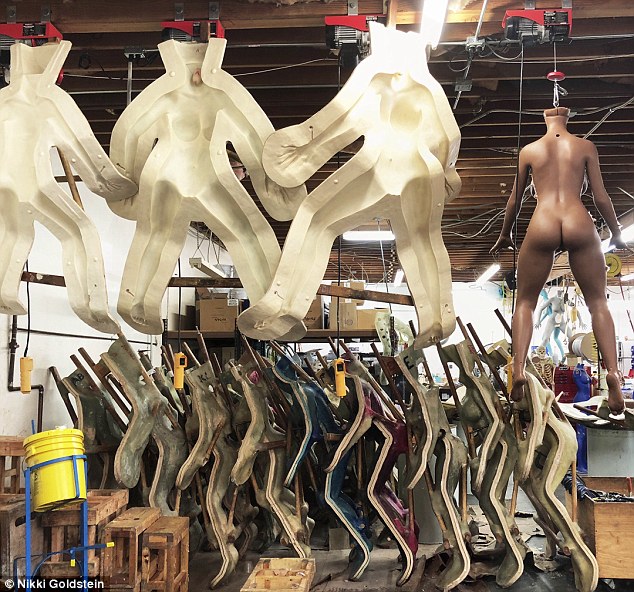 Inside the factory where the dolls are made: Customisation is available at a price and can cost anywhere up to USD $7,500 (AUD$10,000)

Harmony and Henry have some capacity to speak. The female robot has a soft Scottish accent and the male has an American tongue because those were considered to be the easiest inflections to understand.

However, it’s hoped the future of these AI-capable robots will be able to engage more with their partners and be increasingly responsive to their surrounds.

What accents do the robots speak with?

Harmony and Henry have some capacity to speak, albeit she has a soft Scottish accent and he has an American tongue, because those were considered to be the easiest inflections to understand.

‘Right now what we have is conversational AI so you can talk to her about almost anything and she will have something to say back,’ Mr McMullen said.

‘True digital intelligence is beyond the linguistic parts so it’s not so much about talking but about reacting to the environment.

‘You can customise the traits of her personality so those reactions will be different based on the choices that you’ve made. 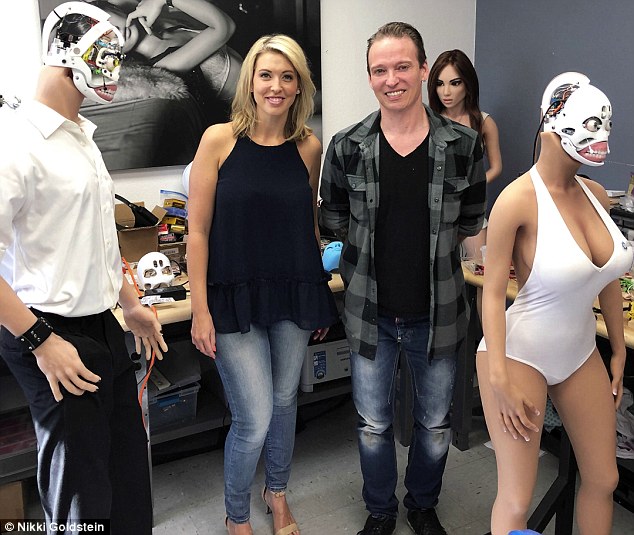 ‘Then moving forward as we start to add additional sensors such touch, vision and touch sensors all over the body and surround sound hearing she will be able to react more to what is going on versus what you are saying.

‘If you bring an unfamiliar person into the room she will know she doesn’t know that person because she will have the ability to save faces of people she has met and have a file associated with them that has all over their information.’ 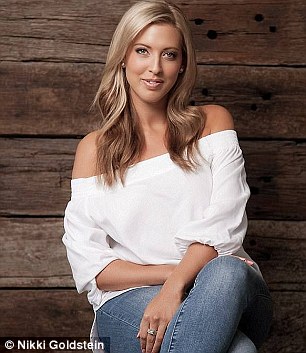 The AI for this robot runs through an app and people have been already been conversing with the dolls in real time ahead of their release, according to their creator.

‘Once the robot is out and available, people will be able to connect that AI that they may have been talking and chatting for a year and connect that to a robot.

‘And she will remember those facts about you and be able to recall those in subsequent conversations.

‘I think the idea for the sexual function for them and the AI is less in terms of talking and more in terms of reacting to what’s going on.’

And ensuring all things are equal, Realbotics have a male sex robot in the works, one that comes complete with tattoos called Henry.

‘Henry is kind of endearing,’ he concluded.