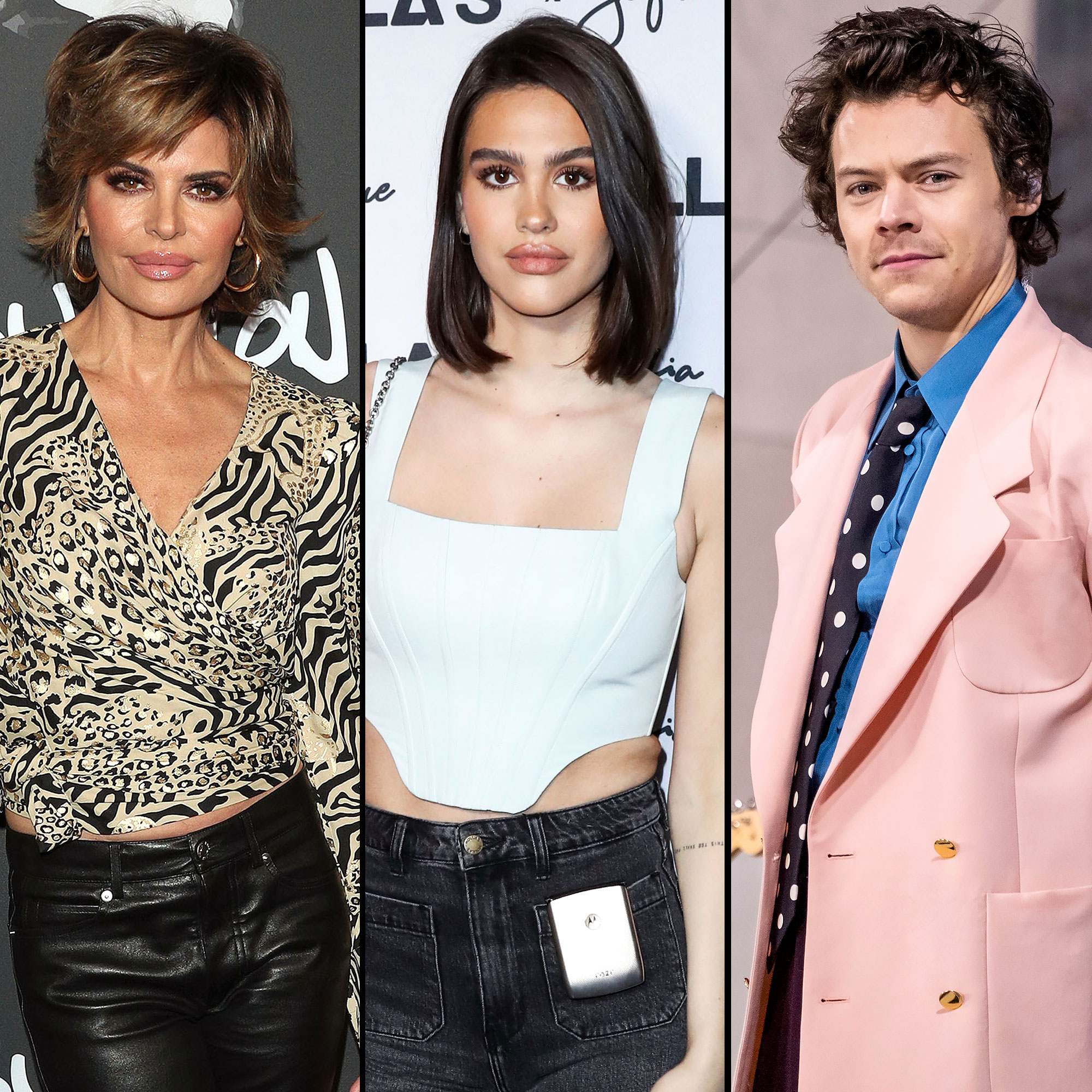 Everything Lisa Rinna, Harry Hamlin Have Said About Amelia and Scott

During the Wednesday, August 25, episode of the Bravo series, the 58-year-old star bonded with both of her daughters, Delilah Belle, 23, and Amelia, 20, whom she shares with husband Harry Hamlin. As the women looked at Lisa’s mom’s wedding dress on the show, she admitted she could see Delilah, who is currently dating Eyal Booker, walking down the aisle.

Lisa noted that she could not say the same about Amelia being ready for marriage, before taking a jab at her current beau, Scott Disick.

“Like, why can’t it be Harry Styles? Why the f–k is it Scott Disick?” she told her girls.

Amelia was first linked to Disick, 38, in October 2020, and they made their relationship Instagram official in February.

“Scott and Amelia really do have so much fun together,” a source exclusively told Us Weekly in March. “They’re a great match because they both love to go out and party and are both very attracted to each other.”

A second insider told Us that Amelia’s parents were “skeptical at first” about their daughter’s budding romance, but after seeing her “happy,” they “feel better about the relationship.”

According to a third source, the couple’s 18-year age difference isn’t an issue for the model or the Flip It Like Disick star.

“Despite their age difference, they have more in common than people would think,” the insider said in April. “He sees himself as being younger than he is. Amelia is really mature and acts older than she is, so they get along pretty well.”

“How do you think I feel?” Lisa joked during the August 11 episode of Watch What Happens Live With Andy Cohen. “Listen, I will say this: Amelia’s very happy right now and you really want your kids to be happy, so Harry and I are very thrilled that she’s happy.”

The Real Housewives of Beverly Hills airs on Bravo Wednesdays at 8 p.m. ET.