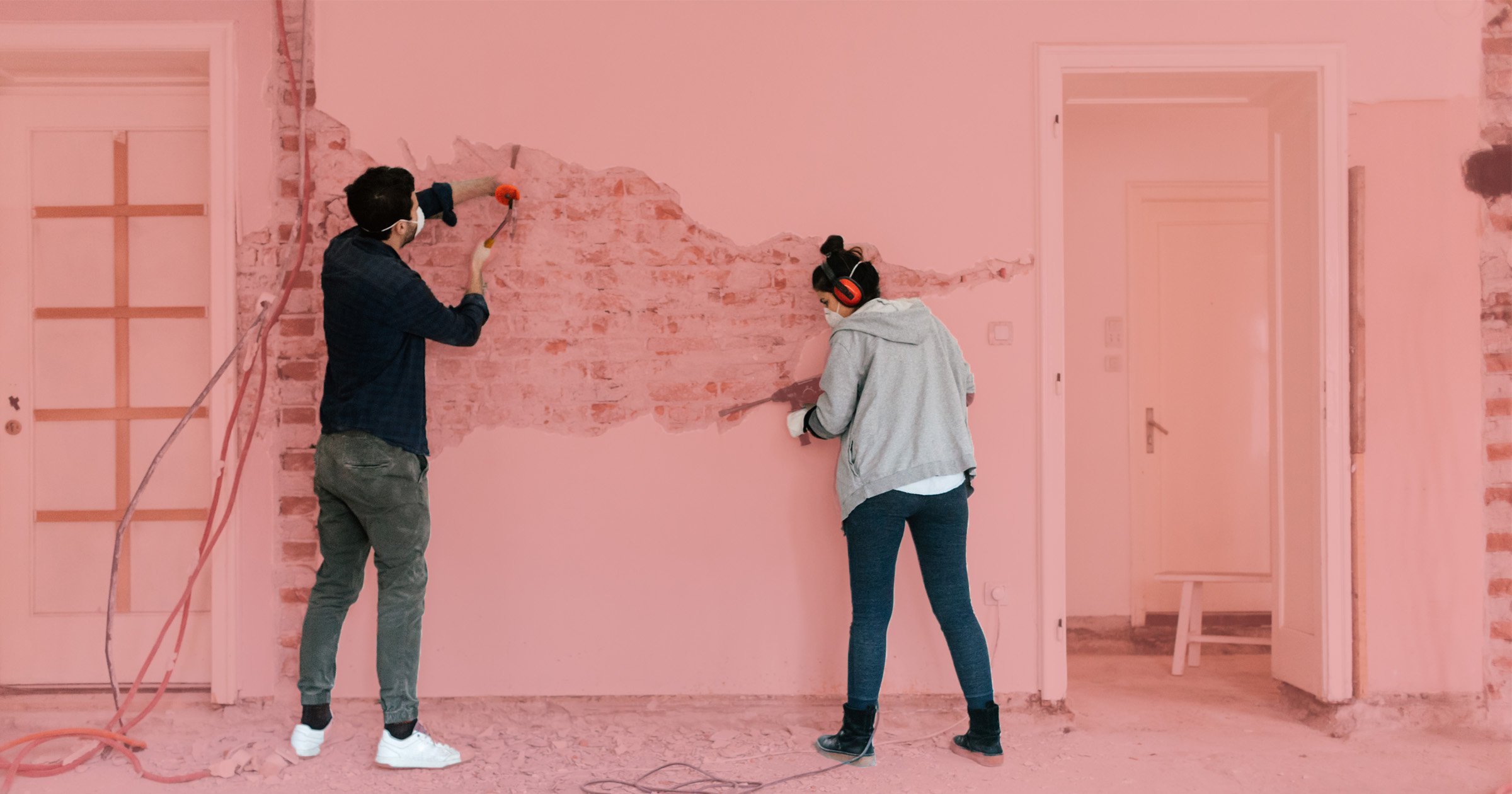 Renovation projects can be long and expensive.

With such huge changes underway in a property, it’s only natural for a few things to go wrong sometimes – especially for renovations newbies, who are learning as they go.

In fact, new research from Toolstation has revealed some of the biggest regrets and setbacks during the process.

Coming in first place is ‘underestimating the likelihood of problems arising that require more time and more money,’ with 30% agreeing this was their biggest regret.

1. Underestimating the likelihood of problems arising (30%)

3. Focusing too much on aesthetics, rather than functionality (16%)

4. Completing aspects yourself, rather than getting a professional (16%)

7. Selecting cheap materials over durable ones (15%)

8. Not consulting reviews before selecting tradesperson (11%)

Other regrets to make it onto the list include living at home when the renovations are taking place, focusing too much on aesthetics over functionality and completing aspects of the work yourself – rather than consulting a tradesperson.

Off the back of these new findings, we asked people who have undergone home renovations themselves to share some of their regrets – and the lessons they learnt as a result.

‘We opted for a team who said they could fit our brand new kitchen for a really low price – but I have since realised that you get what you pay for.

‘Our cheaper kitchen fitters cut corners at every term, damaged parts of our gorgeous new kitchen units, and made mistakes that were incredibly expensive, stressful and time-consuming to fix.

‘They attached all of our cabinets about five inches too low on the wall – meaning we couldn’t even fit the toaster underneath the cabinet. I couldn’t believe it when I realised what they had done.

‘We had to get them all taken off the wall and moved – which impacted things like the boiler and the tiles as well – it was a huge and completely unnecessary extra job. We love our kitchen now and it all worked out in the end, but I wish we had paid more and got it right the first time.’

James – ‘Our builders did a shoddy job’

‘We got our bathroom done first as it was the one room that needed the biggest transformation, and the previous owner hadn’t updated it in a very long time.

‘Some friends of friends told us about a builder to use and, at first, they seemed fine. Then as the work was underway, they started to turn up less frequently and then rushed the work to move on to another job.

‘Overall, I wish we had done more research and waited before committing.’

Charlotte – ‘We have three regrets’

‘My boyfriend and I renovated our London semi-detached Victorian house from top to bottom, and extended it at the back. We learnt so much along the way but I think these three don’t get talked about enough…

‘Firstly, our architect didn’t draw the boundary line correctly enough on the drawings which led to party wall issues that took weeks to resolve.

‘Secondly, our ceramic butler sink was the wrong size – turns out they have a tolerance which means the sink could be more or less the right size. This is a big issue when you have already planned worktops around it. We had to buy a new sink (Villeroy and Boch) which was perfect. We still have the old sink knocking around the garden.

‘Thirdly, we got a casement window for the side of the house, as specified by the architect in the drawings. However, it was all casement and no window, letting very little light in.

‘We decided to replace it with a full pane of glass above the kitchen sink. We can’t open it – but don’t need to, as we have skylights above. I sold the casement window via Facebook marketplace for £80 to a man in Yorkshire.’

‘The one regret I have is paying extra for the grass and patio slabs, when I moved into our new build. I thought to myself “oh it will be so easy and ready for us to move in.” What I didn’t think about was the quality of these products and it’s a mistake I didn’t realise until five months after moving in.

‘The grass is awful quality, but I can sort it. It’s just a shame I paid for it.

‘But the patio slabs – well I really should have just got my own. They stain so badly. Unfortunately, these slabs are everywhere around the estate. When you move into a new build (or at least with the company I used), you get slabs from your driveway to your front door, and then the same in your back garden to the gate.

‘I’ve already stained my neighbour’s slabs green out the front from when we first mowed the lawn. A lot of scrubbing later and it’s sort of OK (washing up liquid is literally the answer and a hard bristle brush).

‘But the back garden, with a dog that loves to play fetch in every bit of dirt/mud patch in the garden, it’s impossible to keep clean. We have now got used to the idea of muddy dog paw prints coming from the lawn across the patio and into the house. And it doesn’t just come off, you have to scrub for a good hour.

‘I shouldn’t have paid for the extra slabs when I first moved in, instead I should have waited and found ones that I really loved and wouldn’t stain so easily – we’ve gone from nice white patio slabs to a mix of grassy green/mud thanks to how much they stain.’