Personal trainer, 28, reveals her top tricks for ‘banishing the bloat’ for good – and the seven foods to avoid if you want a flat stomach

Although she is known for her enviable figure, Australian model Camilla Akerberg, 28, knows all too well how disheartening a bloated stomach can be.

Thankfully she has learned some handy prevention tips over the years and has shared some of her top tricks for ‘banishing the bloat’ for good.

‘Bloating can happen to anyone and for various reasons. It’s an uncomfortable feeling that ruins your day and the way your clothing fits,’ she wrote in a blog post.

‘In the morning, if your clothes fit perfectly but the end of the day they feel constricted, bloating is the culprit.’ 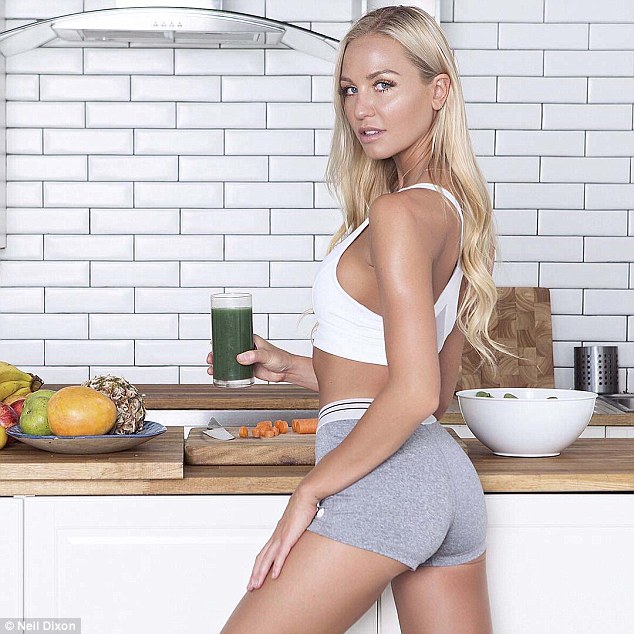 Australian personal trainer Camilla Akerberg, 28, is known for her enviable figure and has revealed how to banish bloating for good 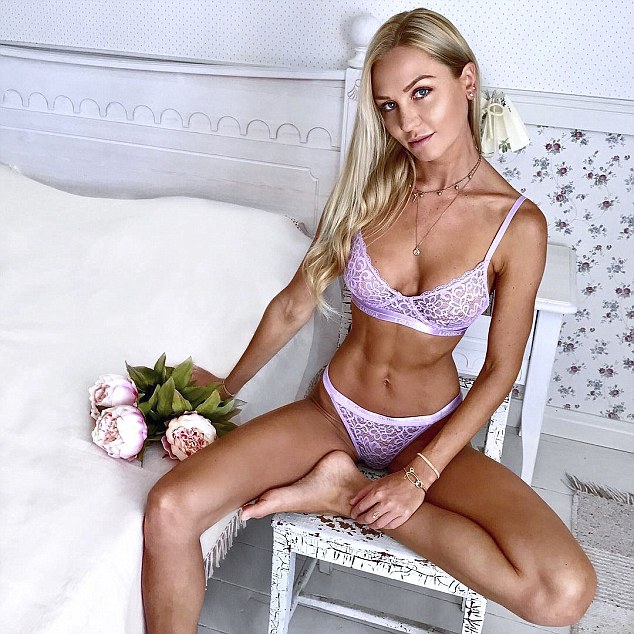 ‘Bloating can happen to anyone and for varies reasons. It’s an uncomfortable feeling that ruins your day and the way your clothing fit,’ she said

She said the main reason bloating occurs is due to constipation.

‘Removing the toxins out is a natural process and when your gut is filled and the toxins are just sitting there, it can cause you to bloat,’ she said.

Camilla explained that there is a variety of common illnesses that can cause bloating as well, such as irritable bowel syndrome (IBS) and gastroparesis.

One of the remedies Camilla said assists with a swollen stomach is drinking plenty of water as it helps to move food along smoothly. 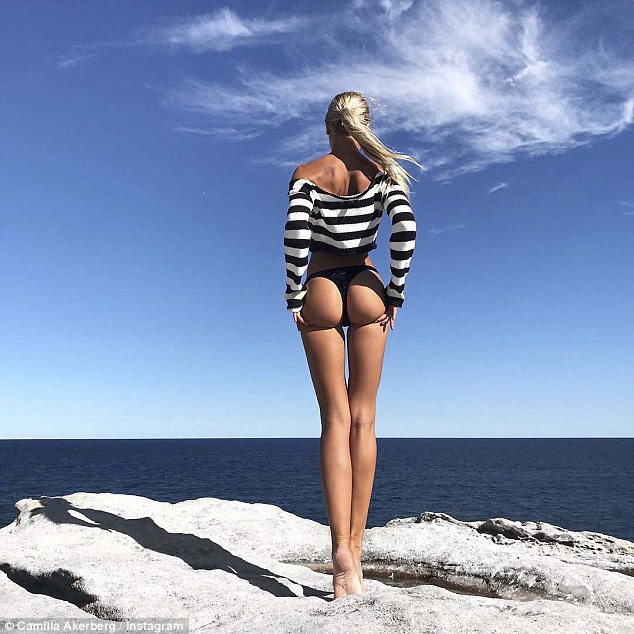 ‘Removing the toxins out is a natural process and when your gut is filled and the toxins are just sitting there, it can cause you to bloat,’ she said

What are some sources of fibre?

– Fruit such as berries, pears, melon and oranges.

– Vegetables such as broccoli, carrots and sweetcorn.

The personal trainer said another remedy is fibre, which all diets should have high amounts of.

‘Eating a lot of fibre helps you keep regular. Remember, a clean gut is a happy and bloat-free gut,’ she said.

Camilla recommended that people stop eating white bread and instead consume wholegrains as often as they can.

Another health tip is eating ground flaxseed on a daily basis, which she recommended being incorporated into a smoothie, soup or baked good.

‘Exercising is also a natural remedy to help move things along in your intestines and helps reduce bloating greatly,’ she said.

Camilla said exercises such as running, weight training and circuits help to keep the bloat down. 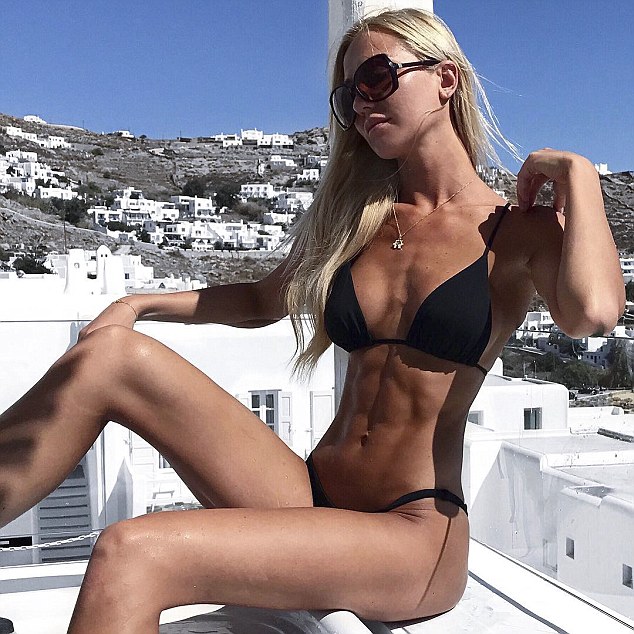 Eating foods that cause the body to bloat

Unfortunately some foods that a lot of people’s diets consist of may cause bloating.

Camilla said these foods include legumes, broccoli, onions, chocolate, wheat, sugars and alcohol but it depends on the person.

‘A good way to determine what makes you bloat is to write down every time you feel bloated when you eat something,’ she said.

If people keep track of what they consume soon they will see a pattern which will decipher the foods they should avoid.

Although Camilla said people should eliminate the food that makes them feel bloated, they should replace them with other foods that will have a similar amount of important nutrients. 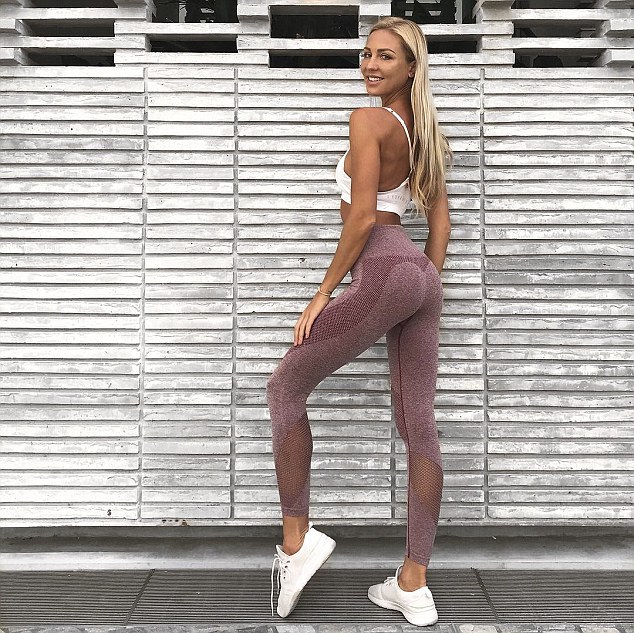 The personal trainer said another remedy is fibre, which all diets should have high amounts of

Consuming too much sodium

Another cause of bloating is salt, which Camilla said millions of people consume a ‘startling’ amount of.

The personal trainer said eating too much of it can cause water retention, which leads to bloating.

‘Salt, sadly, is found in just about anything processed that we eat. Packaged and processed food goes hand-in-hand with each other,’ she said.

‘Another sad fact is that when salt speeds up the retaining water, it mainly holds it around the abdominal area, which is our stomach and gut area.’

The easiest way to stop this from happening is for people to lower their salt intake but salty foods can be kept as an occasional snack. 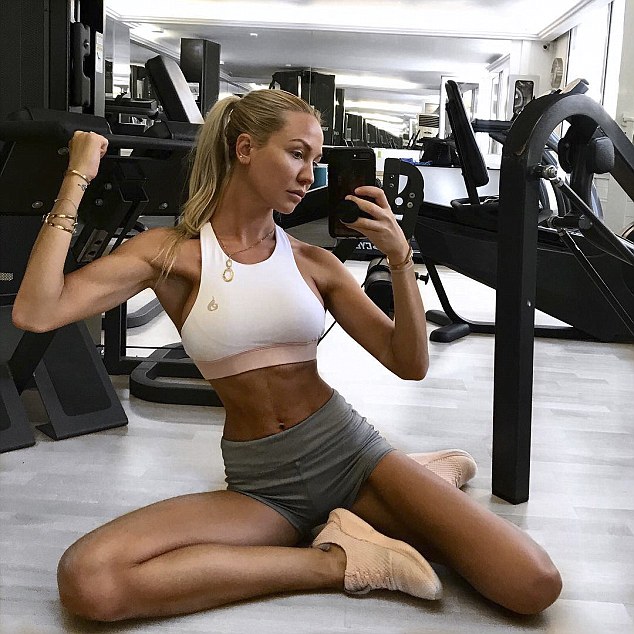 Another cause of bloating is salt, which Camilla said millions of people consume a ‘startling’ amount of

What is Camilla Akerberg’s day on a plate?

Pre-breakfast, 5.30am: Apple cider vinegar in a big glass of water with some squeezed lemon juice and supergreens and a piece of homemade frittata

During training at 11.30am: Branched Chained Amino Acids in water