Phil Collins’ declining health has him contemplating retiring from the road.

“I’m kind of physically challenged a bit, which is very frustrating ’cause, you know, I’d love to be playing up there with my son,” he shared in a rare interview on “BBC Breakfast” with his Genesis bandmates on Thursday.

“I can barely hold a stick with this hand, so there are certain physical things, which get in the way,” the musician added.

Collins, 70, and Genesis announced in March 2020 that they would be kicking off their reunion tour, “The Last Domino? Tour 2021.”

It was put on hold due to the COVID-19 pandemic, but the band confirmed in April that they would “return to America for the first time in 14 years” and also perform shows in Europe.

Collins, on lead vocals, is still the band’s frontman, but as he mentioned to BBC, his 20-year-old son Nic has taken over on the drums due to his father’s health issues.

When asked whether this tour is putting the group “to bed,” the “In the Air Tonight” singer responded, “We’re all men of our age, and I think — to some extent — yeah, it probably is putting it to bed.”

He added, “Just, generally, for me, I don’t know if I want to go out on the road anymore.” 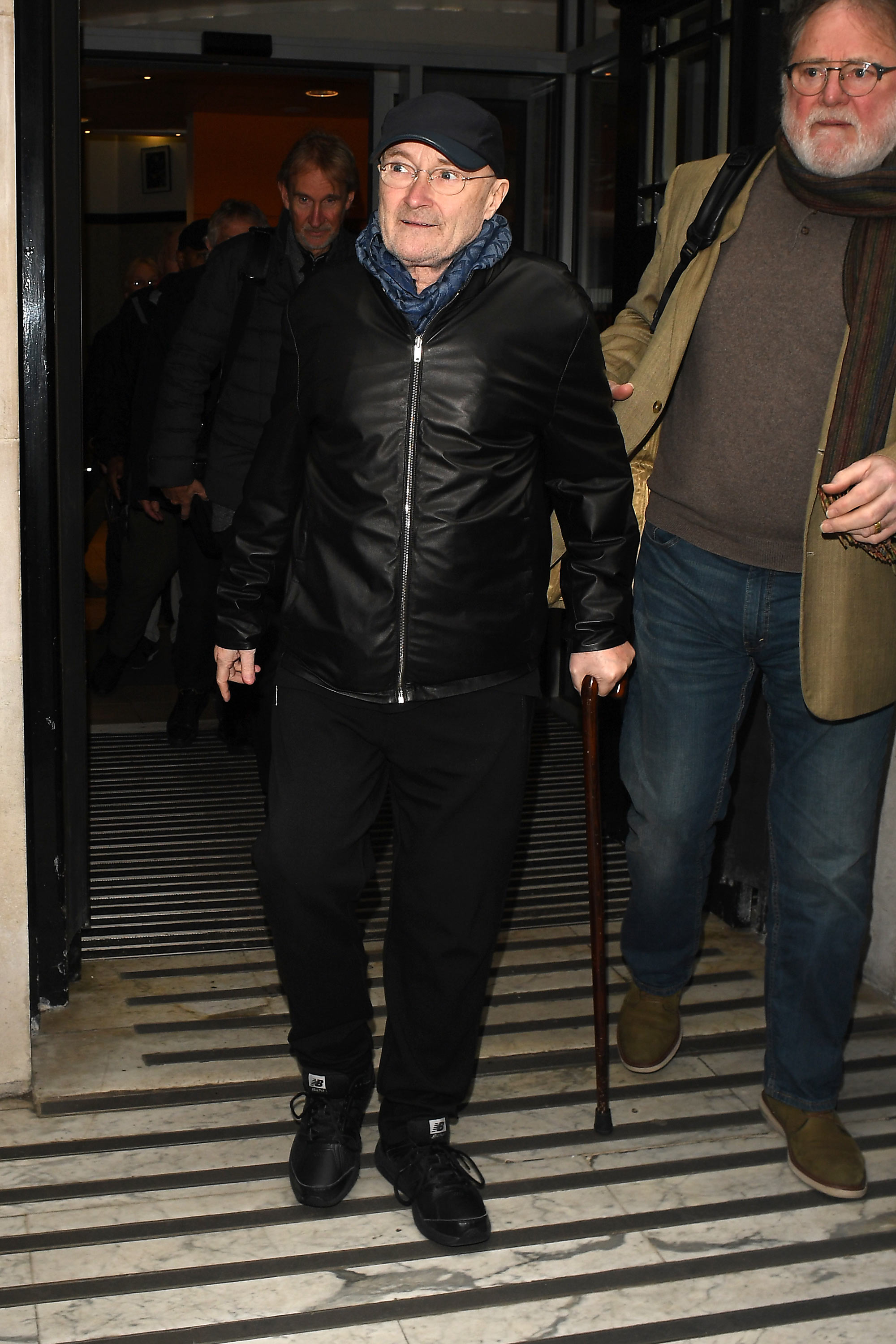 Collins suffered a spinal injury in the late 2000s, and first revealed he had to stop drumming as a result of it back in 2009, according to a Daily Mail article.

The “Against All Odds” singer said at the time, “My vertebrae have been crushing my spinal cord because of the position I drum in. It comes from years of playing. I can’t even hold the sticks properly without it being painful; I even used to tape the sticks to my hands to get through.”

Collins vowed then to continue to sing.

However, the “You’ll Be in My Heart” singer suffered another setback in 2015 when he suffered a nasty fall and had to get stitches.

A rep said in a statement at the time that Collins “suffers from ‘drop foot’ as a result of a back operation which makes it difficult to walk.”