A former high school student’s yearbook photo has gone viral after he revealed his identical twin brother stood in for him for picture day.

Marcus Williams, from Greenville, South Carolina, took to Twitter on Tuesday to share the snap of his and his brother’s portraits side-by-side on the class page, with their names beneath their respective images.

In the caption Mr Williams revealed the man in his photo was actually his brother, Malcolm Williams, who had taken his place because he was sick that day. 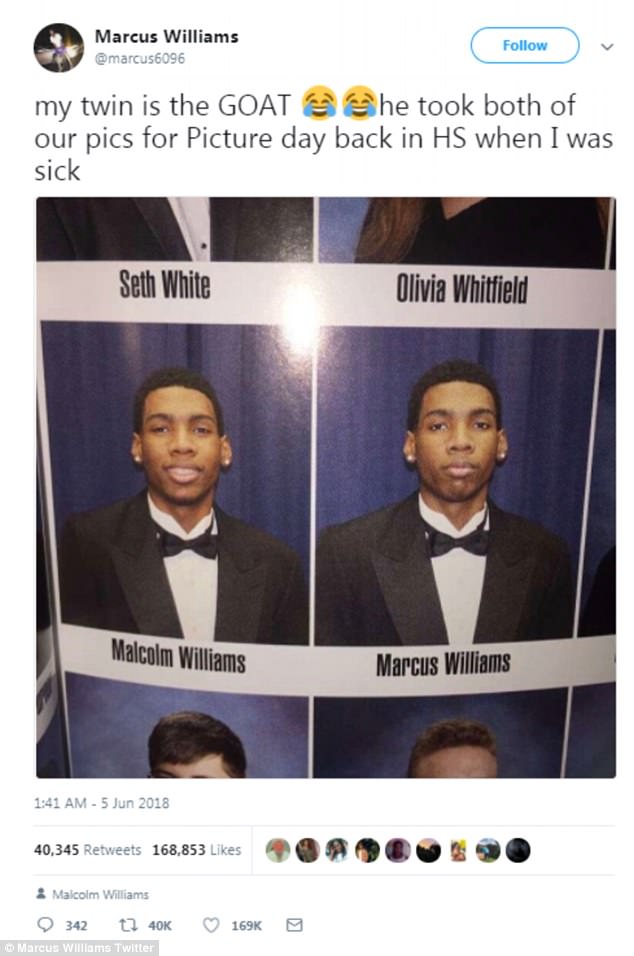 Marcus Williams, from Greenville, South Carolina, took to Twitter on Tuesday to share the snap of his and his brother’s portraits side-by-side on the class page, with their names beneath their respective images. He revealed his brother Malcom had actually posed for both 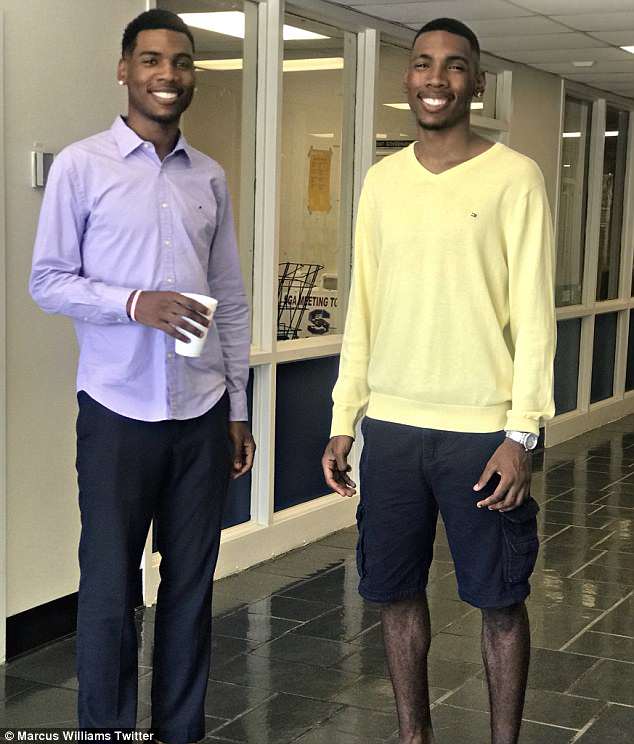 He wrote: ‘My twin is the GOAT [greatest of all time]. He tool both of our pics for picture day back in HS [high school] when I was sick.’

Malcom is seen wearing the same smart suit and bow-tie in both images, although he smiled for his own photo and wore a solemn look for his brother’s shot.

One wrote: ‘Twins are so lit. Switching places seems so fun I’m so jealous’. 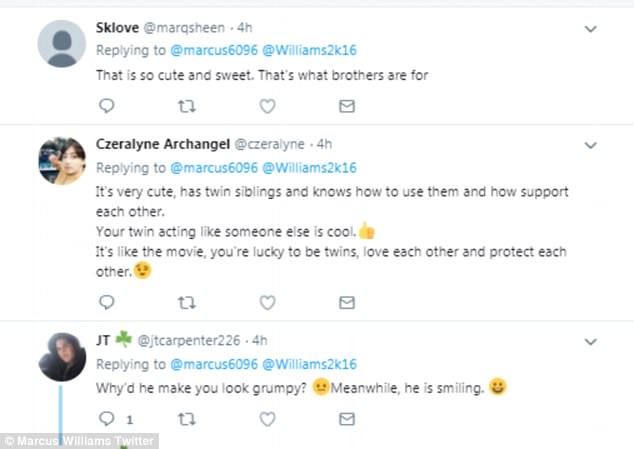 ‘How incredible!’  Their crafty idea was quickly praised by thousands of Twitter users, impressed by the move

Another added: ‘How did I know the one absent would be on the right, he saved the smile for himself.’

A third added: ‘I love this! My brothers are twins, my nephews, and my great nephews. I’ve always been jealous I wasn’t a twin.’

Many praised the brothers’ bond, with one tweeting: ‘What an incredible sibling you have!! Bet that is such a fond memory for you both when you’re reminiscing.’

And others commented on Malcolm’s varying expressions for the snap, writing: ‘I love that he did different smiles!’

Other twins shared stories of times when they had played similar jokes.

One wrote: ‘Got twin sisters. Like these, identical twins. They used to switch classes back in jr high and high school. NONE of the teachers could tell the difference. Never got caught. Our mom heard them laughing about it and the jig was up!’

And another admitted: ‘I know these other gal twins. They use each others passports, identity cards, driving license’ (sic).

Meanwhile one added: ‘My sister and I are almost 2 years apart and I don’t even think we look alike. Went to a bar and she forgot her ID. Showed mine. Went in a sec while she ‘looked thru her purse’. Came our and palmed her mine. She ‘found’ it and got in.’

Others flooded the thread with their own experiences of being a twin, sharing their hilarious memories