Polyamorous man who wants to get both of his wives ‘pregnant at the same time’ says it will be ‘a lot of hard work’, but he’s willing to do it so both women can ‘enjoy the journey together’

A polyamorous man has revealed he’s trying to get both his wives pregnant at the same time so they can share the journey together.

Jimmy Silva, 36, and ChaCha Sahagun, 32, from California, have been together for a decade and started dating Summer Pelletier, 26, after they both fell for her during a first meeting at a business event in 2012.

The trio started dating but kept their relationship open and spent years experimenting – and they all tied the knot after Jimmy proposed last April to both women using two diamond rings that were made from a single stone cut in two.

The triad spoke about starting a family, while Jimmy told how he wanted to get both pregnant at the same time so they could enjoy the journey together,’ according to The Daily Star. 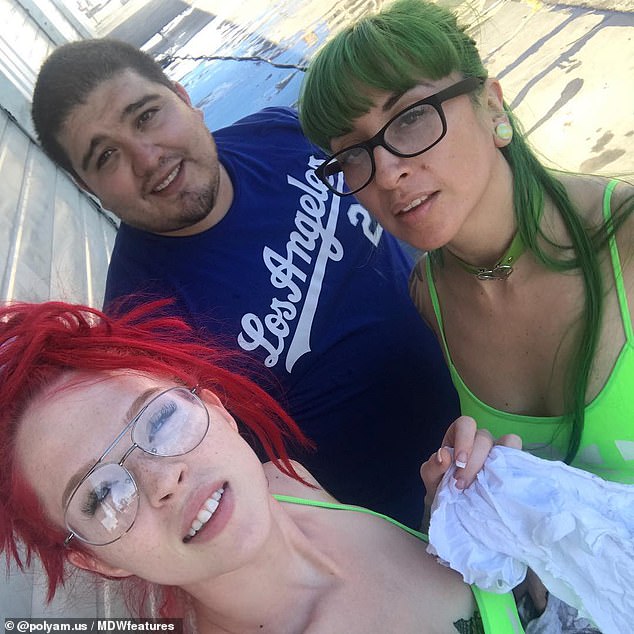 Jimmy Silva, 36, from California, has revealed he’s trying to get both his wives pregnant at the same time so they can share the journey together. Pictured, with Summer (on the left) and ChaCha (on the right) 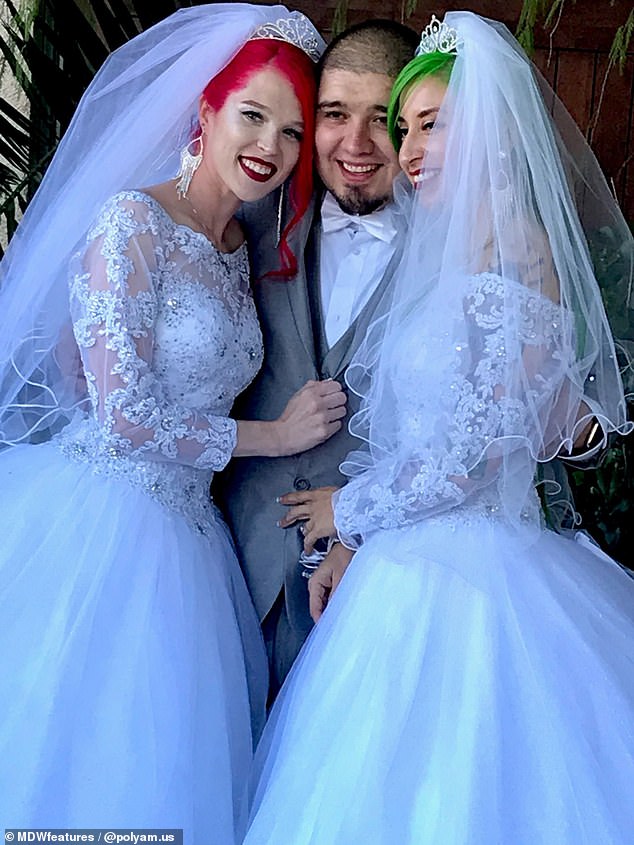 The triad tied the knot after Jimmy proposed last May to both women using two diamond rings that were made from a single stone cut in two. Pictured, Summer (left), Jimmy (middle) and ChaCha (right) on their wedding day 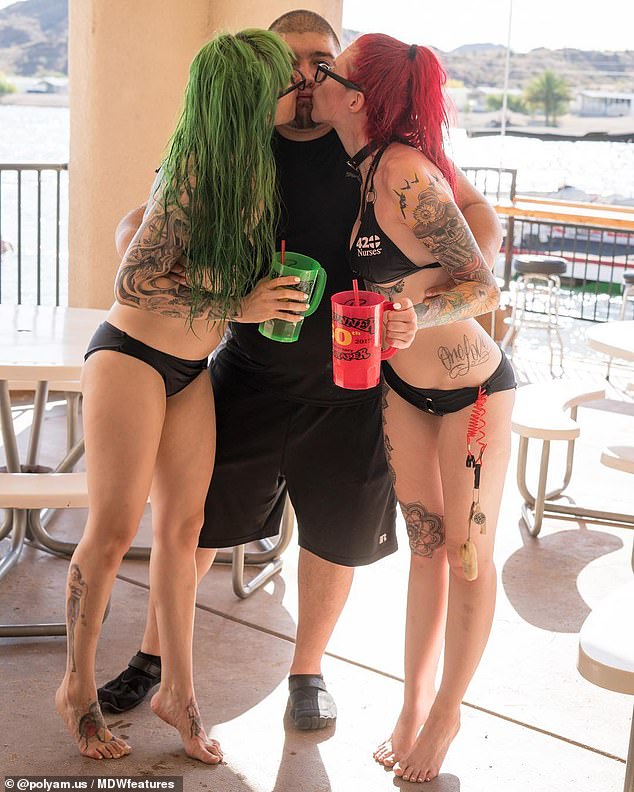 The polyamorous triad, who enjoy having three-way sex together, plan to have children in the future, despite all being open to dating other girls. ChaCha pictured (on the left) with Jimmy (in the middle) and Summer (on the right)

Jimmy got down on one knee to propose to both of them on his 10-year anniversary with ChaCha in April 2019.

‘Jimmy proposed to us and it was very exciting,’ said Summer, speaking to the publication. ‘We had no idea what he was up to until the last minute. I looked to ChaCha for approval and we both said yes.

The wedding preparations took six months to plan, with their ceremony taking place in December 2019, although it was not legally binding. 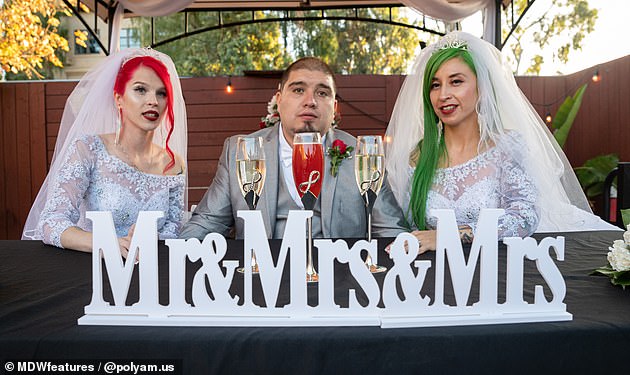 Jimmy and ChaCha met Summer, 25, three years after they became a couple, but they didn’t become serious about their three-way relationship until 2018 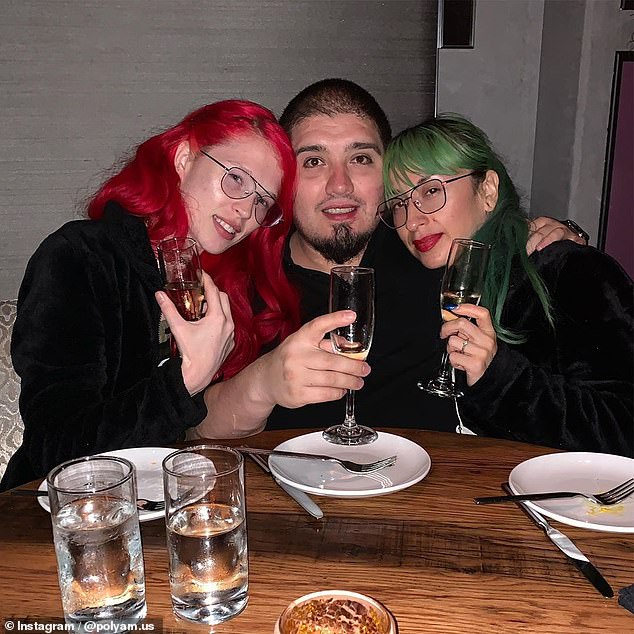 ChaCha and Summer both wore white for the wedding with waist-length veils and had their families in attendance at the ceremony.

However, Jimmy’s family were not convinced of his relationship and threatened to disown him when he invited them to the special occasion.

Their wedding took place at the same location that they got engaged, the Ventura Beach Club, which is managed by Summer’s family.

While they are in a committed relationship, the three are mutually attracted to women and share a fantasy to include more women in their love triangle as well as to have babies in the near future.

Summer previously said: ‘The wedding prep was probably stressful for everyone but us. We had an agreement to make the day the best it could be and didn’t let the little things get to us.’