When Prince Charles married Princess Diana in 1981 in front of millions – in what was dubbed “the wedding of the century” – they both had serious doubts. Over the years, numerous royal biographies and news reports have revealed that at the time, Charles was in love with Camilla Parker Bowles. Diana also admitted in later interviews that she knew from day one that their marriage had “three people.”  Now, newly unearthed letters reveal that Prince Charles knew he was “living dangerously” by cheating on his first wife. 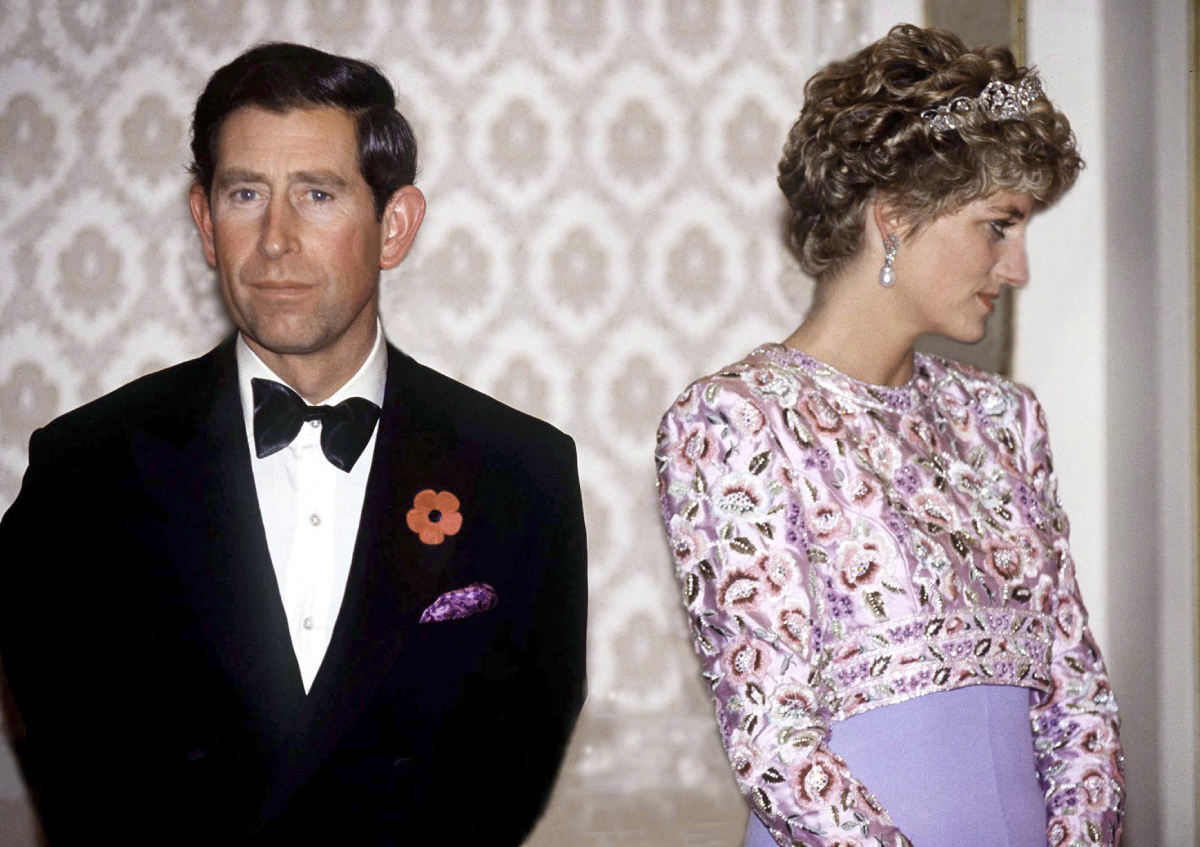 In the new royal biography Prince Philip Revealed, author Ingrid Seward claims that Diana once said Charles’ upbringing resulted in “emotional retentiveness.” According to People magazine, Diana told Seward that the only thing Charles learned about love during his childhood was “shaking hands.”

“According to her, he never had any hands-on love from his parents,” Seward writes. “Only his nannies showed him affection but that, as Diana explained, was not the same as being kissed and cuddled by your parents. Which Charles never was. When he met his parents, they didn’t embrace, they shook hands.”

Because of the lack of affection in his childhood, Seward claims Charles “couldn’t be tactile with his own wife.” The veteran royal biographer also claims that Diana thought if Charles would have had a “normal” upbringing, he would have been better able to handle his and her emotions.

Seward writes that Queen Elizabeth and Prince Philip “saw remarkably little of their offspring.” In 1950, the then-Princess Elizabeth left two-year-old Charles and four-month-old Princess Anne behind at Sandringham House at Christmas to join her husband in Malta.

According to Express, newly unearthed private letters that Prince Charles wrote after marrying Camilla, Duchess of Cornwall in 2005 are going up for auction. After Charles admitted that he had been unfaithful to Diana, he joked that he was “living dangerously.”

Charles wrote the letters to a beloved royal maid named Marjorie Dawson. For 36 years, she was the personal dresser and maid for Princess Alexandra, Queen Elizabeth’s cousin. The letters came to light after she passed away and her heirs found the correspondence. Her family discovered dozens of notes, letters, and cards.

While working for Princess Alexandra, Dawson became close to a few senior royals, including Prince Charles. After she retired in 1990, he continued to send her letters until she died. He sent one letter in 1994 after he admitted to cheating on Diana during a TV interview with Jonathan Dimbleby.

When Dimbleby asked Charles if he tried to remain “faithful and honorable” to Diana during their marriage, he said “yes, “absolutely.”

However, the Prince of Wales admitted that he wasn’t faithful after the marriage “became irretrievably broken down.”

In his 1994 letter to Dawson, Charles thanked her for watching the lengthy documentary. He wrote that he was glad she enjoyed it. He was also happy that she “managed to remain fully awake for two and a half hours.”

“Dear Marjorie, I was enormously grateful for your very kind letter following that television programme the other day,” Charles wrote. “I suspect it was what is called ‘living dangerously.’ but it seems difficult to avoid nowadays!”

Another letter to Dawson came in 1981 before his wedding with Princess Diana. Prince Charles wrote that he was delighted about her response to the wedding invitation.

He also advised her to “go to the loo” before the wedding because there could be a very long wait at the cathedral.

In 2005, after he married Camilla, Charles wrote, “You can have no idea how lucky I am to have my Darling Camilla.”

Dawson died last year at the age of 104. Her collection of letters from Prince Charles and other members of the royal family is expected to bring £10,000 ($13,000) at auction.