‘The consequences of inaction are unimaginable’: Prince Charles urges people to make environmentally friendly choices as he warns about decline of healthy water in speech at ocean conference

The Prince of Wales has called on consumers to make ‘ocean and land-friendly choices’ when shopping and to buy ‘certified’ products to help safeguard the world’s oceans in a speech today.

The call to action message will be screened during the Our Ocean Conference opening day on Wednesday, which is being hosted by the United States and The Republic of Palau, an archipelago of more than 500 Pacific Ocean islands.

In the speech, Prince Charles, 73, warned that the decline in the health of waters across the globe is ‘dire’ and the ‘consequences of inaction and ‘business as usual’ are unimaginable’.

He said in response to the ‘crisis’ he hopes the summit will lead to a ‘global alliance’ between the private, public and NGO sectors, and set out a series of solutions, from tackling, on a ‘massive scale’, plastic pollution to nations beginning to ‘increase, enforce and finance marine protection’. 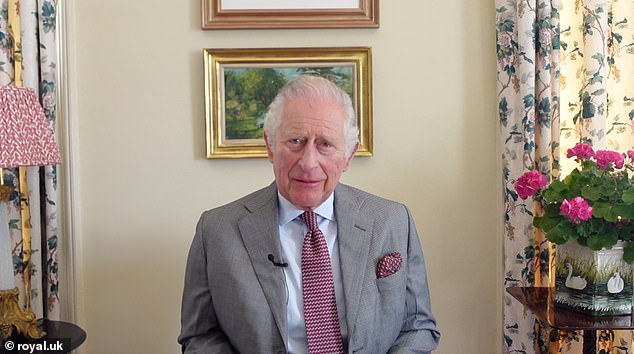 Prince Charles, 73, (pictured) will address delegates at the Our Ocean conference in a pre-recorded speech

The transition to sustainable energies also needs to be ‘fast-tracked and scaled-up’ to combat the growing carbon dioxide in the atmosphere and oceans where it leads to acidification which threatens coral reefs.

Speaking to delegates, Charles said: ‘Second, by rewarding sustainable fishing practices, and penalising those that are not, we can incentivise better ocean management.

‘As consumers, we should make ocean and land-friendly choices when we make our purchases. Selecting certified products is a good place to start – and this can increasingly be done through digital ID.’

Prince Charles set out the scale of the issue, explaining: ‘Despite the essential role the ocean plays in maintaining harmony between nature, people and planet, human activity over the past several centuries has contributed to the rapid decline in ocean health, be it from global warming, unsustainable, unreported, unregulated and illegal fishing practices or pollution. 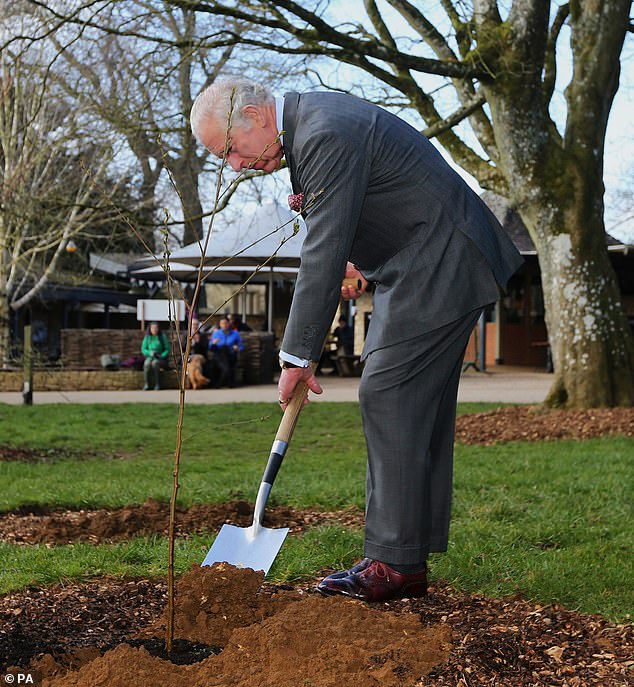 ‘No one knows this better than the world’s ‘large ocean states’ who are seeing the impact at first-hand.

‘This situation is indeed dire. The consequences of inaction and ‘business as usual’ are unimaginable.’

Other speakers during the two-day summit will include former US President Barack Obama and the US Special Presidential Envoy for Climate John Kerry.

Prince Charles also told delegates the economic system is at the heart of the problem because ‘it is at odds and not in harmony with, nature’s own economy’ but could be key to the solution if ‘re-targeted’.

He made the case for investing in ocean habitats, and told the conference that ‘recent reports have demonstrated that for every dollar invested in Marine Protected Areas, there is a return of ten dollars. The economic case is clear.’

Commenting on the issue of pollution, Charles added: ‘We have seen unequivocal evidence that plastics are not only polluting our waters but are entering our food chains and our bodies. We are quite literally poisoning ourselves. 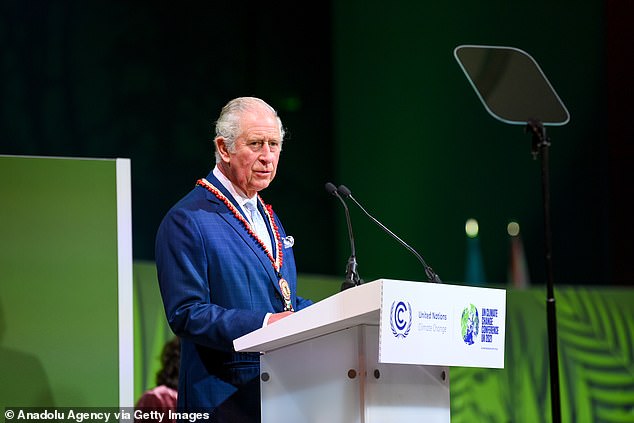 The prince’s speech follows his address at the recent Cop26 UN climate change summit staged in Glasgow, when he said the world has had enough of talking and ‘we need to put our words and commitments into practice’

‘It seems obvious that we should be looking for natural alternatives to plastic and transitioning rapidly to these alternatives.

‘In the meantime, we need to support the world’s innovators to scale up the removal of plastics from our ocean, waterways and landfills while strengthening recycling efforts and the more rapid development of the circular economy.’

The prince, who gave a speech in Malta during the 2017 Our Ocean summit, concluded with the words: ‘Ladies and gentlemen, the Ocean’s centrality on this planet as the largest reservoir of biodiversity and life demands our concerted attention and transformative action.

‘I pray, therefore, that in response to the immense crisis we face, this summit can lead to a genuine global alliance between the private, public and NGO sectors.’

The prince’s speech follows his address at the recent Cop26 UN climate change summit staged in Glasgow, when he said the world has had enough of talking and ‘we need to put our words and commitments into practice’.