The Swedish Palace has celebrated the birthday of Prince Gabriel with two new adorable portraits.

The youngest son of Prince Carl Philip and Princess Sofia turns one on Friday and the two new photos prove that he’s growing up fast.

In the first portrait the young prince poses in the arms of his mother Sofia, 33, showcasing a huge grin and a couple of milk teeth.

And in the second shot the tot poses in the palace gardens wearing a baby blue shirt and a pair of white linen shorts. 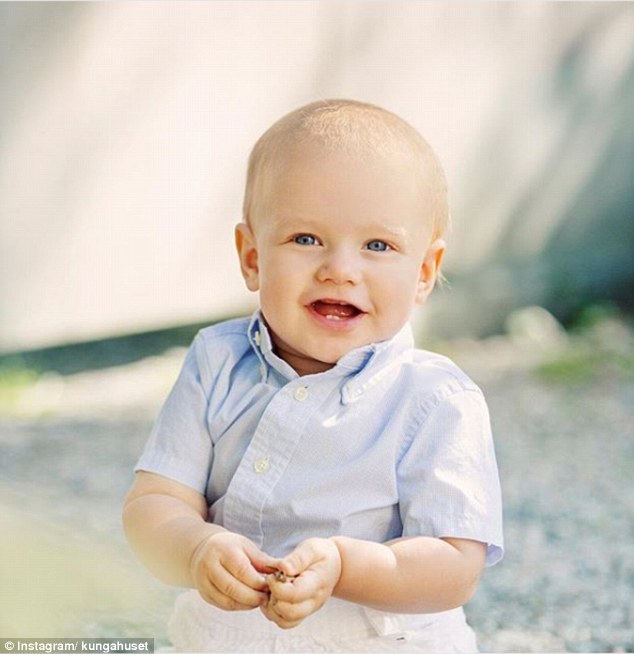 The Swedish palace has celebrated the first birthday of Prince Gabriel with two adorable new portraits of the young royal, one of which is pictured here

The second was posted on Carl Philip and Sofia’s personal Instagram account which they made public in May this year.

Gabriel’s parents shared the following message: ‘Congratulations, Gabriel. Loved you for a year, you have spread joy to us and big brother!’

He was christened in a traditional ceremony in Stockholm in December and is sixth in line to the Swedish throne. 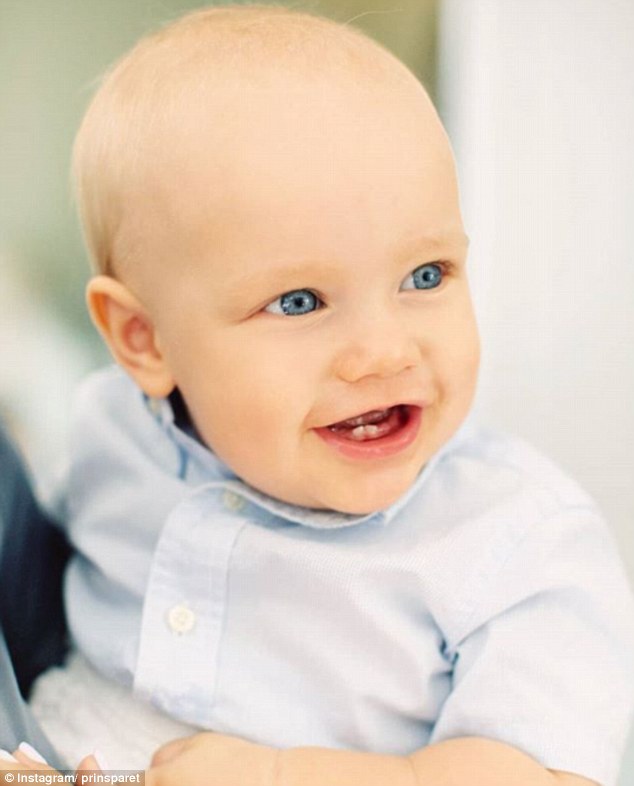 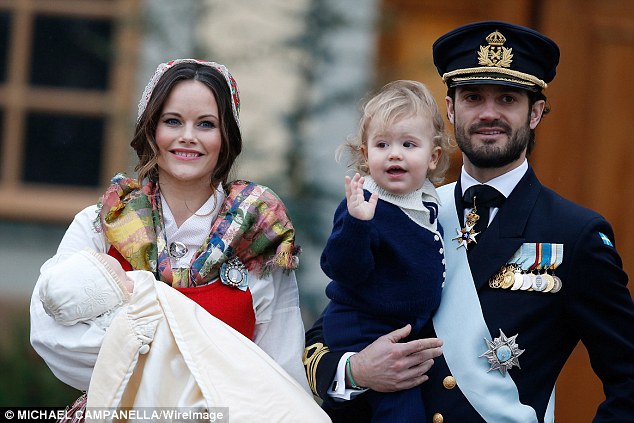 Prince Gabriel Carl Walther, Duke of Dalecarlia was born on 31st August at Danderyd Hospital in Stockholm and was christened in a traditional ceremony in December. Pictured: Sofia, Carl Philip and their two children Gabriel and Alexander at the christening

The baby’s middle name was chosen in honour of his parental grandfather while Walther is the name of Queen Silvia’s late father.

The little prince’s name was officially announced during a meeting at the Royal Palace in Stockholm between Prime Minister Stefan Lofven, Crown Princess Victoria and King Carl Gustaf.

Alexander is fifth in line to the throne after his aunt Crown Princess Victoria, her two children, and his father Carl Philip.

The prince’s official title is His Royal Highness Prince Alexander of Sweden, Duke of Södermanland.