Princess Anne, 70, and Camilla, Duchess of Cornwall, 73, have known each other for decades and in their 20s both had relationships with Andrew Parker Bowles. According to a body language expert, the former lover rivals have become friends in recent years. However, photos taken at an engagement last year suggests there is still some awkwardness between them.

On Thursday Clarence House tweeted a sweet selection of throwback photos of Princess Anne receiving an honorary degree from Camilla at a ceremony last year.

The tweet paid tribute to The Princess Royal and read: “A year ago today, in her role as Chancellor of the University of Aberdeen, The Duchess of Rothesay presented her sister-in-law, The Princess Royal, with an Honorary Degree in recognition of her service to public life.”

Body language expert and author Judi James analysed the photos for Express.co.uk and shared her findings.

According to the expert, Camilla and Anne have overcome their past differences and “relaxed into the role of friends.” 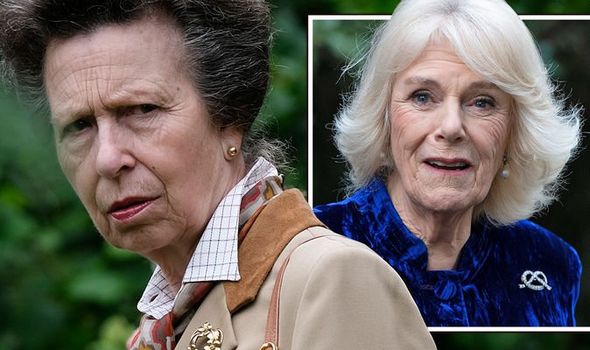 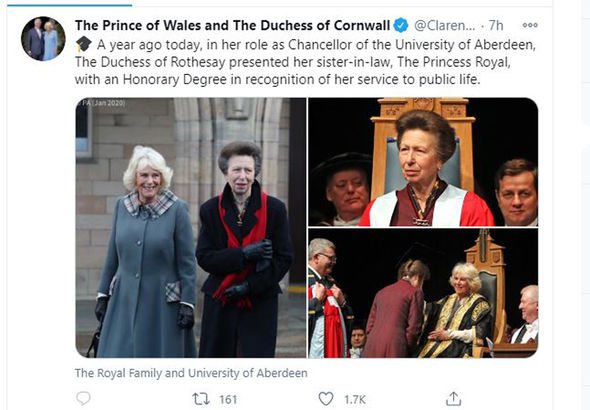 Judi said: “Sisters-in-law and now royal matriarchs, but with a romantic back-story that is tangled and lurid enough to sustain one entire series of The Crown by itself, Camilla and Anne’s most frequent bouts of body language together suggest they have harvested all the many things they have in common to relax into the role of friends.”

According to the analyst, last year’s ceremony offered a glimpse at the dynamic Camilla and Prince Anne are likely to share when Prince Charles becomes king.

As the king’s wife, Camilla will be at the top of the royal hierarchy and Anne will be expected to use subservient body language around her.

Judi said: “This degree ceremony, where Camilla’s status as Chancellor of the university put her in a superior role to Anne, allowed a glimpse of the royal protocols we might see with Camilla on the throne as Queen, though, throwing up some interesting body language responses.” 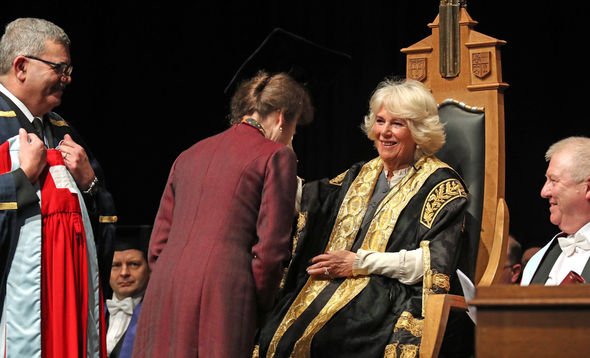 Judi claims Anne’s “deference” to her sister-in-law looked “awkward” and was not without a sense of humour.

The expert added: “With Anne bowing to her sister-in-law as Camilla sits on the throne seat, what could have been an awkward moment of submission and deference seems to have been ironed over via the use of humour.

“As Anne bends, everyone around the two women appears to be smiling or laughing, suggesting the Princess Royal has cracked a joke.”

According to Judi, Camilla displays “warm” and “affectionate” body language towards Anne during the encounter.

She said: “Camilla’s facial expression as she gazes on Anne is similar to the one she uses as the two women stand together, i.e. warm and rather affectionate.”

Judi also claimed the Duchess of Cornwall seemed to abandon her usually reserved ways and instead enjoyed the authority.

The analyst added: “However, despite Camilla’s normal trait of diminishing her own status and authority, she seems more than happy to flaunt it here. 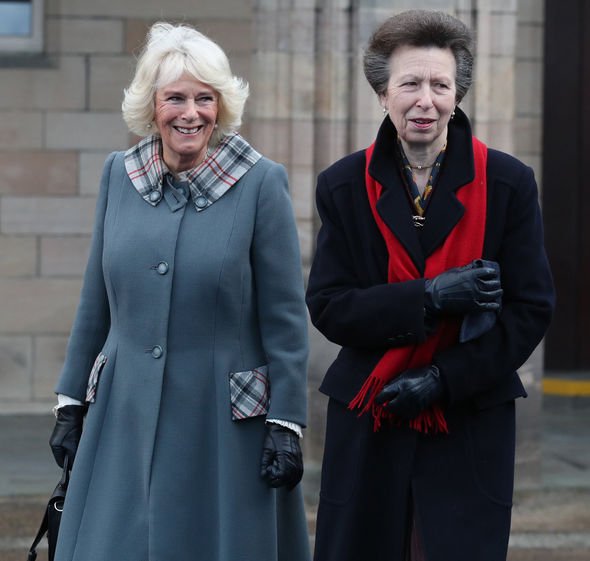 She added: “She could have levelled the status imbalance by leaning forward with a mutual lowering of the head, turning Anne’s bow into a ritual of mutual submission, like a handshake.

“She looks gracious and quite accepting of Anne’s ritual of deference here though, and may even be giving signals to suggest unexpected and surprising levels of comfort if she does become Queen.”

Judi claimed that Anne’s body language suggests she was “uncharacteristically uncomfortable” bowing to her sister-in-law.

“Standing outside beside Camilla she performs two barrier gestures with her arms and sitting inside the university she keeps her bag on her lap in another barrier ritual, performing a tight leg-cross and a meshed-fingers handclasp that suggest inner tension.”