Princess 'Peacemaker'! Did Eugenie Arrange Harry's Meeting With the Queen?

Cheeky cousins! Prince Harry and Meghan Markle’s recent meeting with Queen Elizabeth II “may have” been arranged by the Duke of Sussex’s cousin Princess Eugenie, who is thought of as “the go-between or a middle man” within the royal family, royal expert Jonathan Sacerdoti exclusively tells Us Weekly.

“Princess Eugenie is a peacemaker,” Sacerdoti tells Us. “Eugenie may have been the person to suggest the meeting … or to try and help arrange it, make the contact.”

In a Today interview that aired on Wednesday, April 20, Harry, 37, detailed the sweet get-together with the queen, who will be 96 on Thursday, April 21.

“Being with her, it was great. It was just so nice to see her,” the prince, who has always had a close bond with his grandmother, told Hoda Kotb. “She’s [in] great form.”

The Archewell cofounder, who is known for his cheeky humor, revealed that he made the queen laugh during their time together. “She’s always got a great sense of humor with me,” he said. “We have a really special relationship. We talk about things that she can’t talk about with anybody else.” 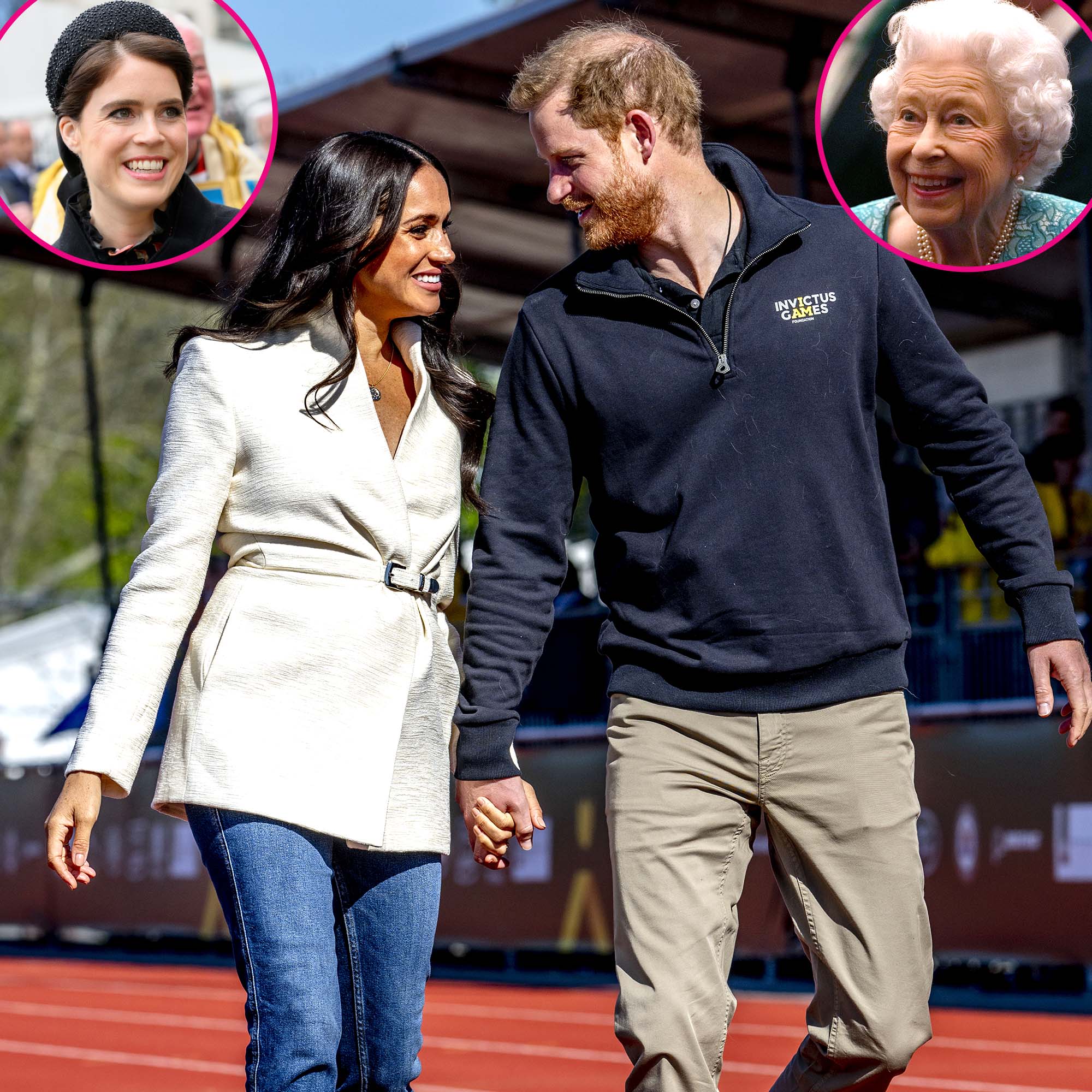 Another close familial bond in the California resident’s life is the one that he shares with Eugenie, 32.

“She’s obviously maintained these good relations with Harry and Meghan, visiting them in California when she was out there and publicly being seen with them,” the royal expert tells Us of Eugenie’s ties to Harry. “She’s also said to be close to the queen as well, and that would put her in the perfect position to broker that sort of meeting.”

Harry and Eugenie attended the Super Bowl together in February and have spent time with each other’s children. (Harry and Meghan are parents to Archie, 2, and Lilibet Diana, 10 months, while Eugenie is mom to August Philip, 14 months, with husband Jack Brooksbank.)

The Suits alum is good friends with the princess as well. “Eugenie is really the only member of the royal family that Meghan is still close to,” a source told Us in February 2021, noting that the two “stayed friends and remain friends.”

Where Do Harry and Meghan Stand With the Royal Family?

Eugenie’s apparent part in organizing the meeting between Queen Elizabeth II and Harry and Meghan is one that is common among the royal family.

“It’s a family very much in the public gaze, and there will be members of the family who help to broker meetings and reconciliations,” the royal expert tells Us. “There’s always someone in the family who’s the peacemaker who tries to link people back together after arguments. And if that’s Eugenie’s role, good for her for doing that.”