Project Runway Preview: Darren Questions If He Belongs On The Show After Flopping So Hard

Darren opens up to Christian Siriano and admits that he’s wondering if he belongs on ‘Project Runway’ at all in this EXCLUSIVE preview of the October 28 episode.

Christian Siriano goes to check on Darren and Octavio in this EXCLUSIVE preview of the October 28 episode of Project Runway. While Octavio is moving along nicely with his design, Darren is still struggling. “This is looking like a Christmas present I did not want to get,” Christian says to Darren about the state of his design.

Darren tells Christian that he’s trying to not “overcomplicate” things with his looks. He admits that he’s been “flopping so hard” lately. The criticism he’s faced makes him question whether or not he belongs on the show.

“I don’t know if it’s like an age thing considering I’m the youngest one here or if it’s an experience thing,” Darren says. “I do have those moments where I’m kind of like, ‘Do I belong here?’”

Meanwhile, Octavio already has his dress partially made. Octavio admits that he loves shapes when it comes to his looks. He’s thinking of making this look a bubble dress. Christian notes that the dress looks “very modern.” He adds, “It could really be stunning depending on what you do with the hem.” 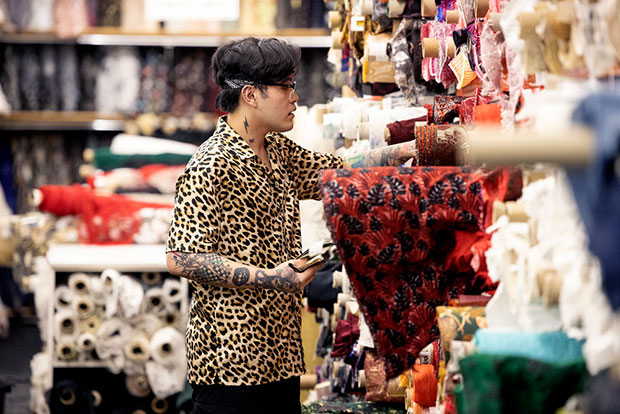 The designers have to incorporate a mask into their look. Octavio has two masks with him, and he already has some ideas about designing them. “I want to keep it chic and elegant,” he says.