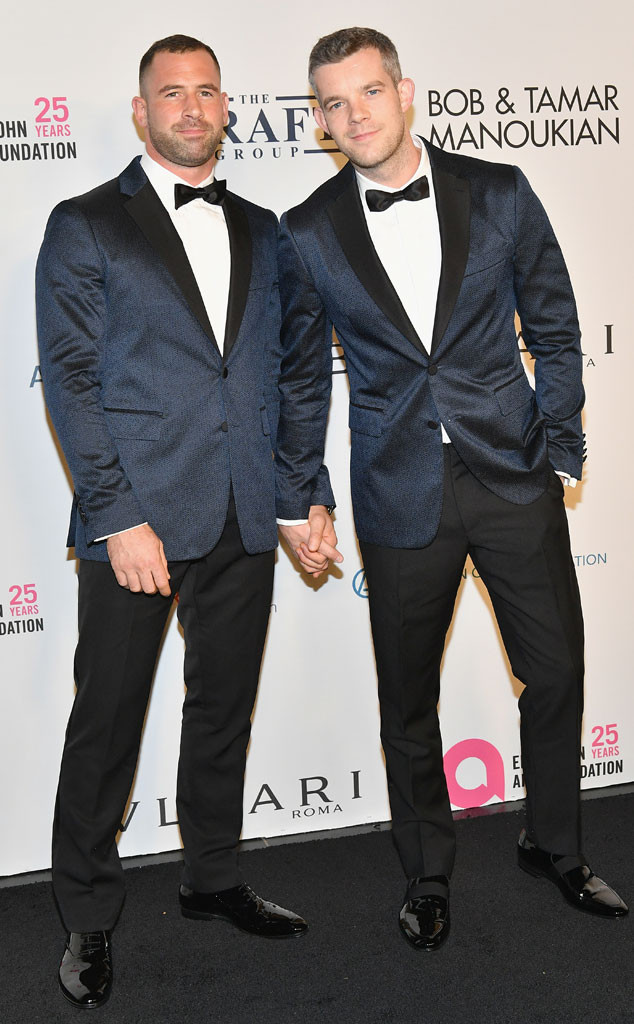 Wedding bells may no longer be ringing for Russell Tovey.

Close to four months after the Quantico star first confirmed his engagement to rugby player Steve Brockman, it appears the pair has broken up.

After sharing an Instagram post from a hotel gym, a fan commented with the message: “@Russelltovey are you still with @Steve_The_Brockman?” Russell replied, “No darling.”

And when another follower asked Russell if he was dating Watch What Happens Live host Andy Cohen, he quickly shot down any and all rumors by also writing, “No darling.”

Back in February, Russell opened up about his engagement when speaking to the Daily Mail. As it turns out, the proposal was a bit of a surprise.

“Completely unexpected but very very happy and looking forward to having a proper party to celebrate when back in London,” he shared with the outlet.

And while the pair tried to keep their romance on the private side, both parties couldn’t help but share a few photos of each other on their respective social media profiles.

“Boys back in town,” Steve wrote on Instagram while enjoying the Big Apple.

For now, both parties appear to be staying focused on their respective careers. And yes, they have their four-legged friends by their side just in case times get tough. They don’t call dogs a man’s best friend for nothing.