THERE'S misery for commuters in England, Scotland and Wales who can expect to see rail fares rocket by up to 2.8 per cent from January 2020.

That's because the amount they can tickets can rise by is capped at July's retail prices index (RPI) measure of inflation, which has been announced today as 2.8 per cent. 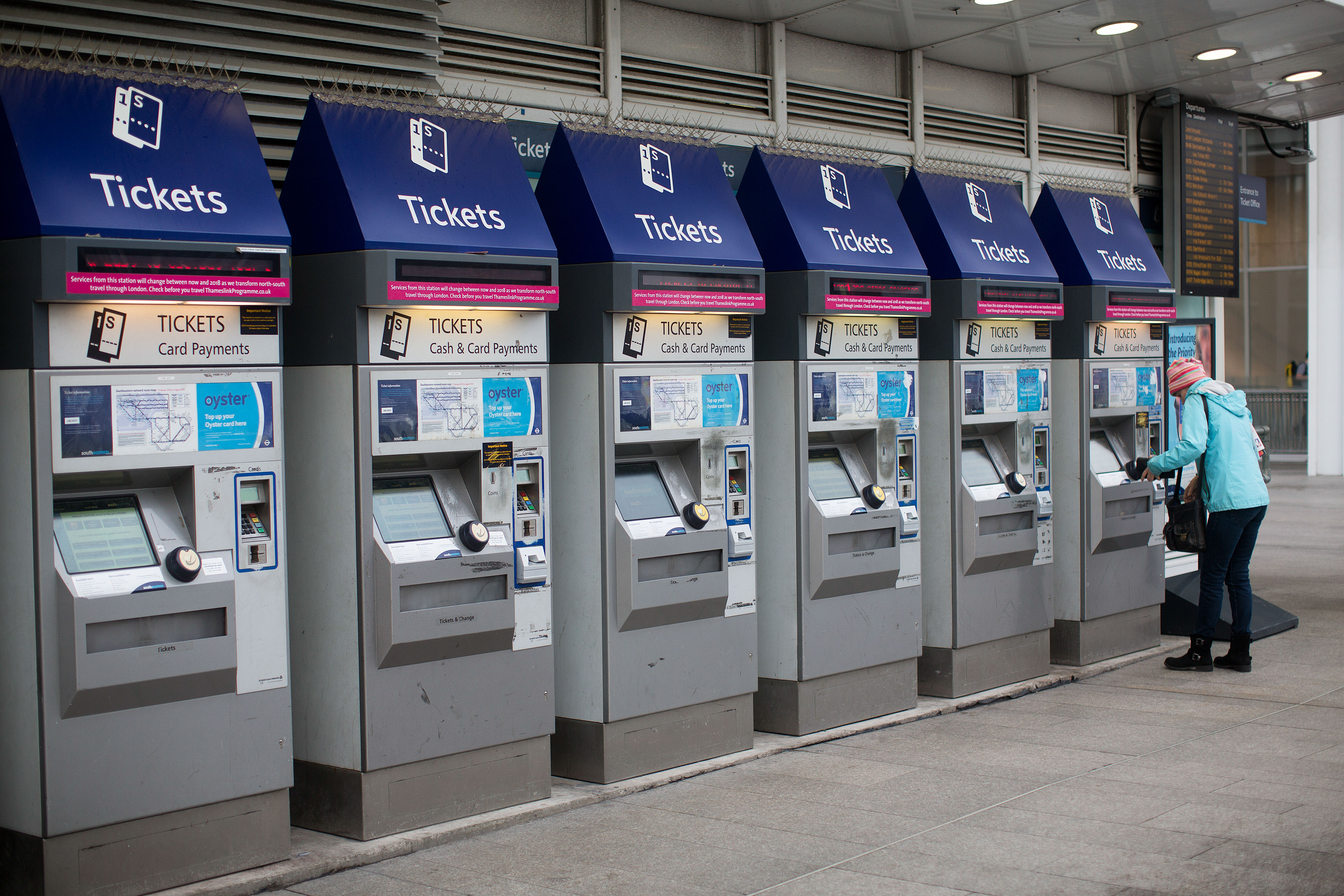 The change applies to fares regulated by the English, Scottish and Welsh governments, which make up round 45 per cent of tickets.

This includes season tickets on most commuter journeys, some off-peak return tickets on long distance journeys and anytime tickets around major cities.

If the full 2.8 per cent increase is passed onto to passengers it could see season tickets from Brighton to London hiked by £125 a year to £4,357.

Transport Secretary Grant Shapps said he was "not delighted" about increasing rail fares.

He told BBC Radio 4's Today programme earlier today: "I'm not delighted by it to be perfectly honest, as a train commuter.

"The truth is we do now have a situation where average wages are going up faster than inflation, so if you don't keep this tracking with inflation you are actually effectively putting less money into transport and less money into trains and you won't get them running on time doing that either."

But the cap is lower than this year's 3.1 per cent cap – although the Office of Rail and Road says regulated fares actually went up by an average of 2.8 per cent. 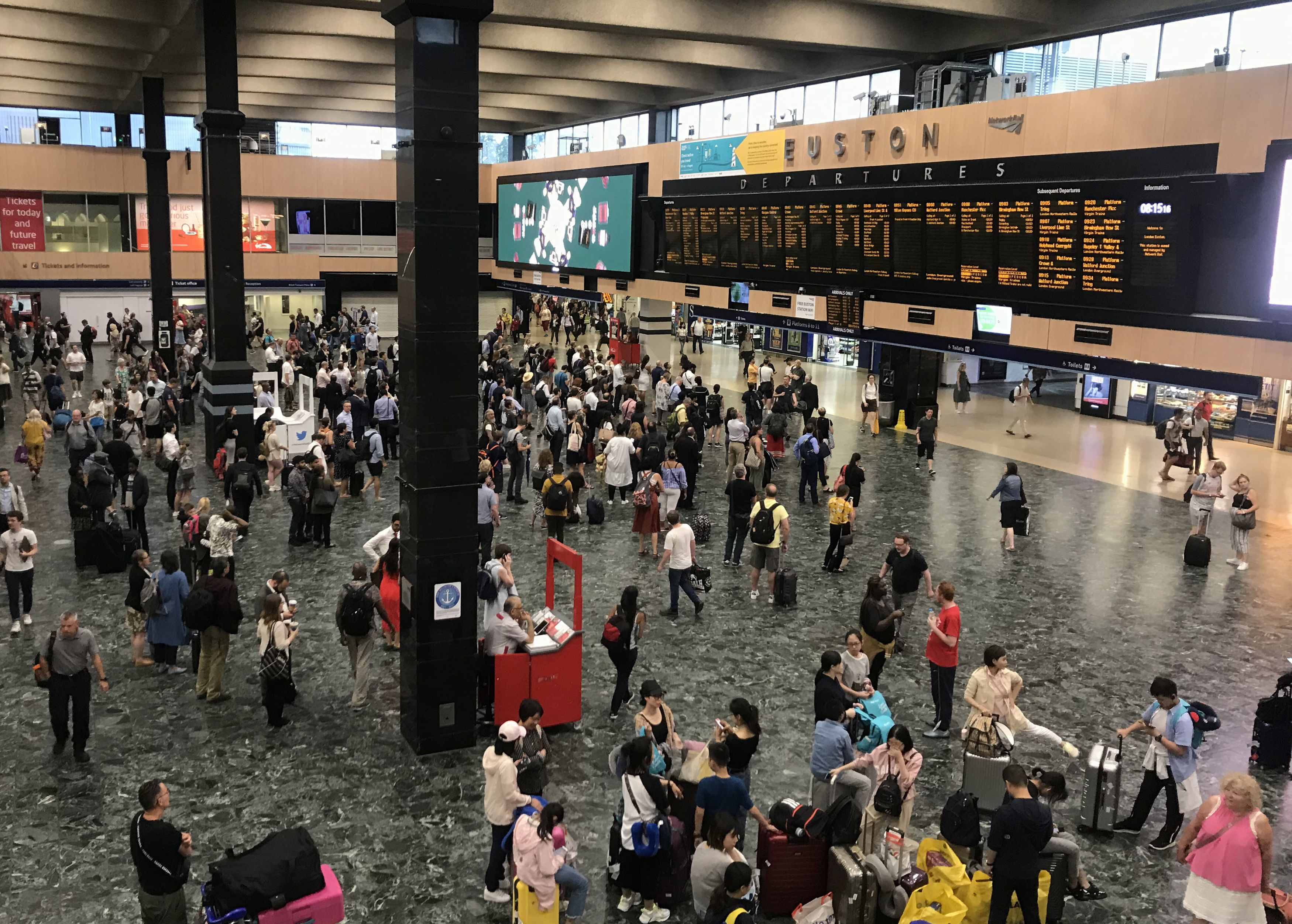 Fares in Northern Ireland are calculated by Translink and it doesn't use the same RPI cap as elsewhere in Britain.

While unregulated fares are set by train operators.

Megan French, assistant news and features editor at consumer site MoneySavingExpert.com, says commuters will be angry but points out that they can still save.

She said: "Commuters, especially, will be understandably angered by yet another hike in the cost of getting to work.

"For many this price rise is unavoidable – though you can and should make full use of the Delay Repay scheme to get cash back for delays and cancellations.

“Some can still make savings on their regular train travel by thinking outside the box – for example, check if you can save by combining a railcard with daily tickets rather than using a season ticket, or see if ‘split tickets’ are available for your route.

"If your employer allows you to work flexibly or you can travel at different times of day, you could see whether it's cheaper to swap your season ticket for other types, such as prepaid carnet tickets.”

We've rounded-up some top tips for cutting fares below.

How to split your ticket to unlock hidden savings

If you're taking a lengthy train journey then you could save hundreds of pounds by splitting your tickets.

For example, a one-way advance ticket from London to Leeds later today will cost you £89. It's a direct train so there's no need to change.

You won't need to change trains and National Rail let's you split your ticket as long as the train calls at the station you buy the tickets for.

One site that works this out for you is Splitticketing.co.uk.

Regular travellers should be able to save by purchasing either a seven day, monthly or annual season ticket, which will allow them to make the journey an unlimited number of times as long as it's valid.

If you're making the same journey on three or more days a week, then a seven-day season ticket is likely to save you money, compared to buying a new one every day.

Consider Carnet tickets for travel to and from London

If you often travel back and forth to London on the train but you don't go regularly enough to buy season ticket, you might save with a Carnet ticket.

This gives you ten single journeys to or from London for the price of nine.

Tickets are valid for three months and you can buy books of peak (anytime) or off-peak tickets.

Book at least 12 weeks in advance

Network Rail releases its timetable 12 weeks in advance, so ticket firms usually make their fares available at this time.

Some operators release them even earlier but the key is to book early.

Just like plane tickets, the earlier you book the lower the price you'll pay for your seat.

This is really important for peak travel times, such as the Easter and Christmas holidays.

You can sign up to the Trainline's ticket alert service and it will tell you when cheap advance tickets go on sale for a particular journey.

Can you save money with a railcard?

If you're a regular traveller then a railcard should shave a third off the price of your ticket.

They cost between £20 and £30 per year. For example, the 16-25 railcard gives a third off ticket rates or full-time students of any age.

Meanwhile, the government's new flagship 26-30 railcard rolled out this year.

It's similar to the 16-25 railcard, costing £30 and giving passengers a third off travel for the year.

If you're travelling in a group of up to four adults, then you might be interested in the Family and Friends Railcard.

There is also a Network Railcard, which costs £30 a year, which gives anyone aged 16 or over a third off tickets, plus discounts on days out and theatre tickets.

Don't pay over the odds for tickets, remember to compare prices before you buy.

Firstly, check the National Rail website as it's a great way to get an overview of routes and travel times.

It's also worth checking Megatrain too, although it charges a £1 booking fee.

It was revealed last year that the price of train tickets has gone up by 32 per cent in nine years but weekly earnings have only grown by 16 per cent.

In other rail news, First Trenitalia has promised more trains and seats as it takes over the West Coast Main Line from Virgin Trains