Rainbow t-shirt with slogan 'Thank You' goes on sale

The woman behind the nationwide #ClapForOurCarers campaign has helped to launch charity t-shirts to benefit NHS charities.

Mother-of-two Annemarie Plas, 36, from Streatham Hill, London, came up with the idea to applaud NHS workers and has now teamed up with British social enterprise Kindred to unveil the Clap For Our Carers t-shirt.

The £20 top, available to buy via kindred.co, features a large rainbow on the front with the words ‘thank you’ underneath. It was designed by Kindred founder Aaron Simpson and his wife Leanne.

One hundred per cent of the money will go towards NHS Charities Together, which supports frontline staff, emergency workers and carers. The aim is to raise £5million. 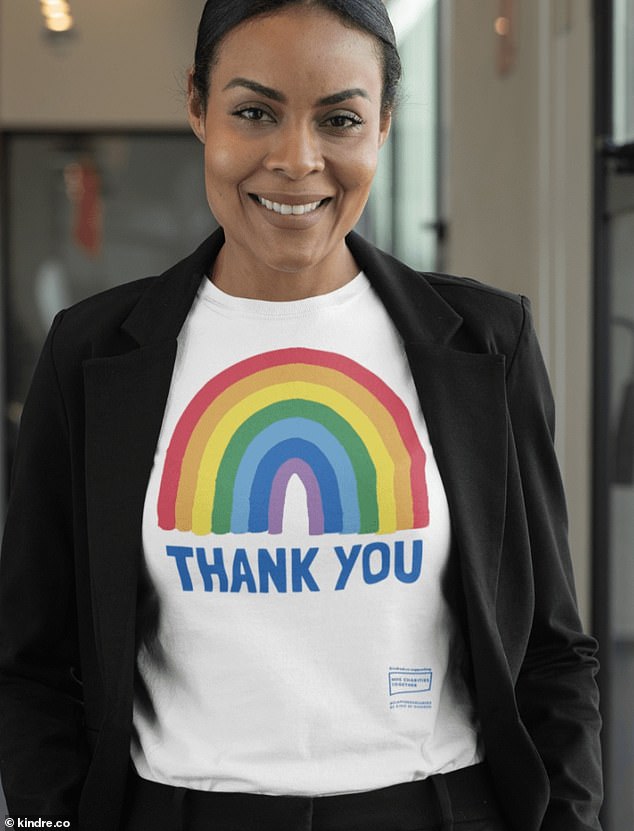 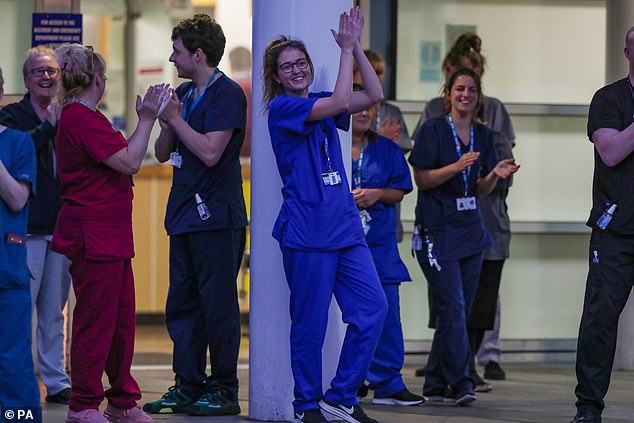 Annemarie, who came up with the clapping idea after seeing relatives from her home country in The Netherlands doing the same, said: ‘#ClapForOurCarers was founded to support our frontline staff in the NHS and all the carers across the country.

‘We hope you will help support them directly by buying and wearing this iconic Rainbow Thank You t-shirt every Thursday during this pandemic as you #clapforourcarers.’

Kindred founder Aaron Simpson added: ‘Kindred is proud to support #clapforourcarers and NHS Charities Together via this t-shirt campaign.

‘As a social enterprise Kindred.co is at the forefront of giving back during this time and is a new way for brands to engage directly with customers. 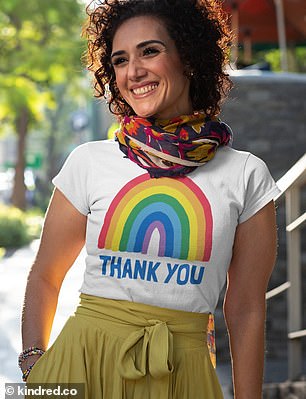 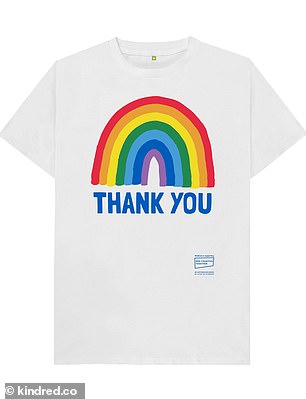 The t-shirt is produced by kindred.co (left). The proceeds will go towards NHS Charities Together to support frontline staff (right)

‘Consumers have become more sophisticated about how they spend their money and now have an abundance of companies to shop from.’

Britons are encouraged to take to their streets, balconies, doorways and windows every Thursday at 8pm and applaud in a show of support for the NHS staff battling the coronavirus on the frontline.

Last night the idea was adapted by social media users to show support for the Prime Minister and #ClapForBoris took place. 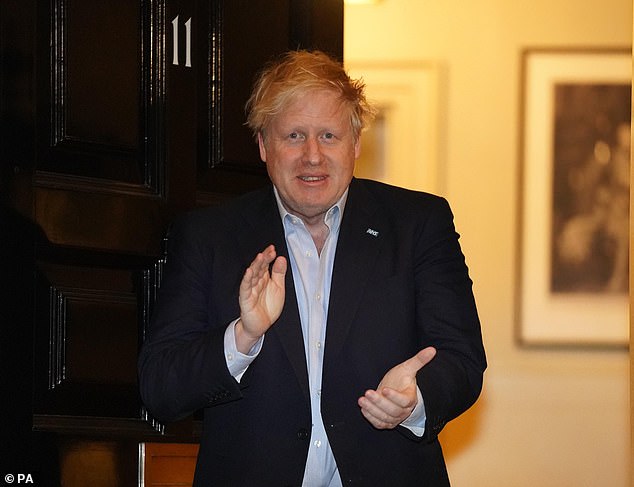 Annemarie, who has no Government ties, explained she is ‘just a hugely grateful mum’ who wanted to show her support.

The Clap For Our Carers website reads: ‘Annemarie has no ties to government or the NHS, she is just a hugely grateful mum staying at home like so many of us, who wanted to show her appreciation for all the key workers doing their bit to keep the world turning.

‘She clearly captured the mood of the nation, as the first Clap For Our Carers applause was a resounding national success, the second was absolutely huge and now it’s a weekly event, taking place every Thursday at 8pm.’