THE rarest 10p coins in circulation have been revealed by experts, and a selection of A to Z alphabet designs are in demand among collectors.

Coin website Change Checker has updated its scarcity index, a list which reveals what UK coins are most sought-after – and some are selling for 175 times their face value. 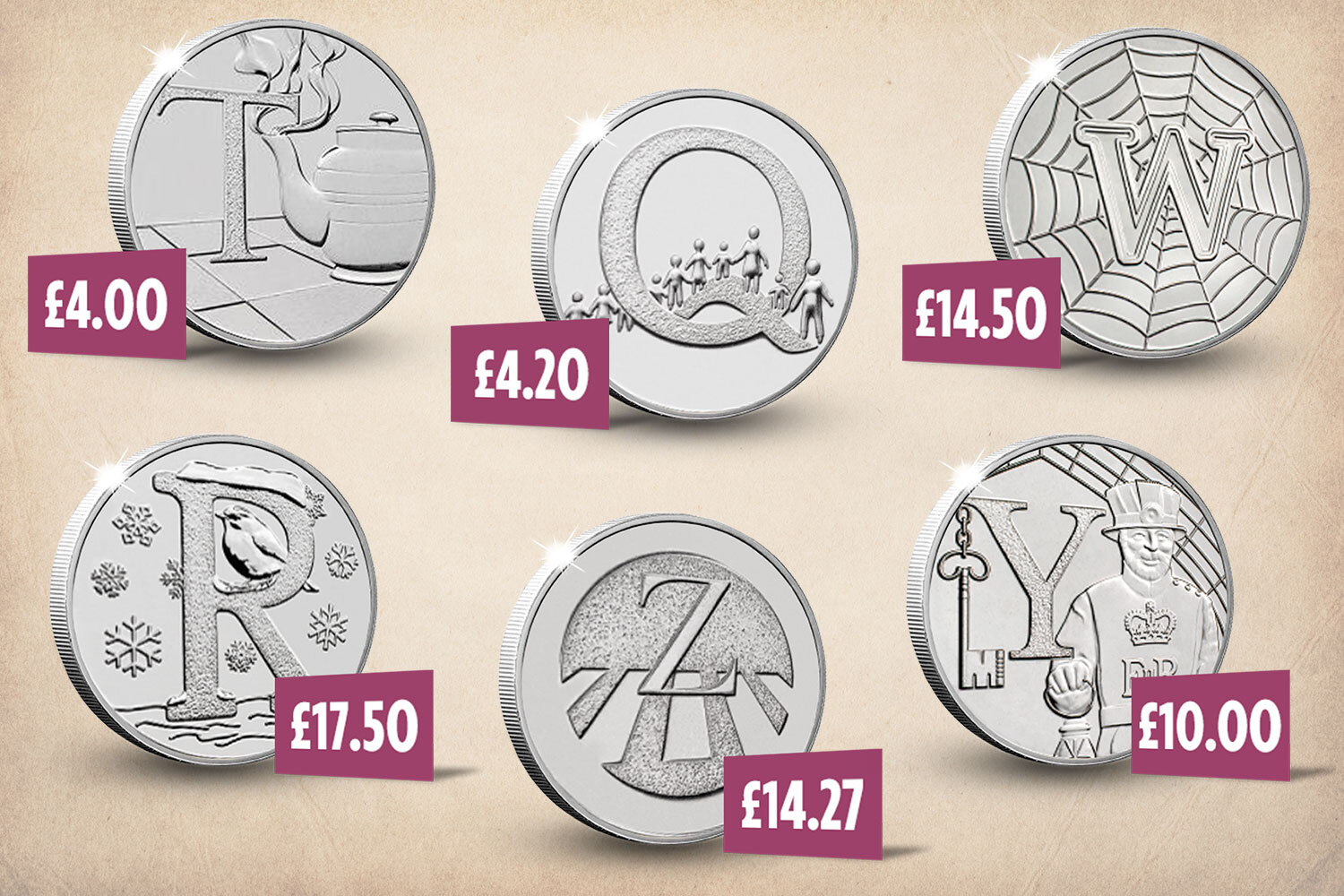 In terms of 10ps, the rarest is still the A to Z 10p collection, which was a release of 26 coins – one for each letter of the alphabet – to celebrate the best of British.

Themes on the coins include Brit favs such as James Bond, a cup of tea, cricket and fish and chips.

The Royal Mint launched this collection in 2018, followed by a re-release in 2019.

The coins look exactly the same apart from a 2019 stamp next to the Queen's head on the newest release.

Is your small change worth a fortune?

IF you think that you might have a rare coin then you might be able to make a real mint.

The most valuable coins are usually those with a low mintage or an error.
These are often deemed the most valuable by collectors.
You should check how much the coin is selling for on eBay.
Search the full name of the coin, select the "sold" listing and then toggle the search to "highest value".
It will give you an idea of the amount of money that the coin is going for.
You can either choose to sell the coin on eBay or through a specialist such as ChangeChecker.org.
If you choose the auction website then remember to set a minimum price that is higher or at the very least equal to the face value of the coin.
Even if your coin “sells” on eBay for a high price there’s no guarantee that the buyer will cough up.
In its terms and conditions, the auction website states that bidders enter a “legally binding contract to purchase an item”, but there’s no way to enforce this rule in reality.
The most eBay can do is add a note to their account for the unpaid item or remove their ability to bid and buy.

There were 84,000 made of most of the designs and handful had even fewer making them rarer.

And there were only 64,000 coins made featuring the R for Robin picture, and 83,000 of the Q for Queue coins created.

The low mintage figures for the 2019 versions mean that there are fewer out there than the rarest coin of all, the Kew Gardens 50p.

The collection is highly sought-after by coin hunters, with collectors desperate to get hold of all 26 coins and complete the alphabet. 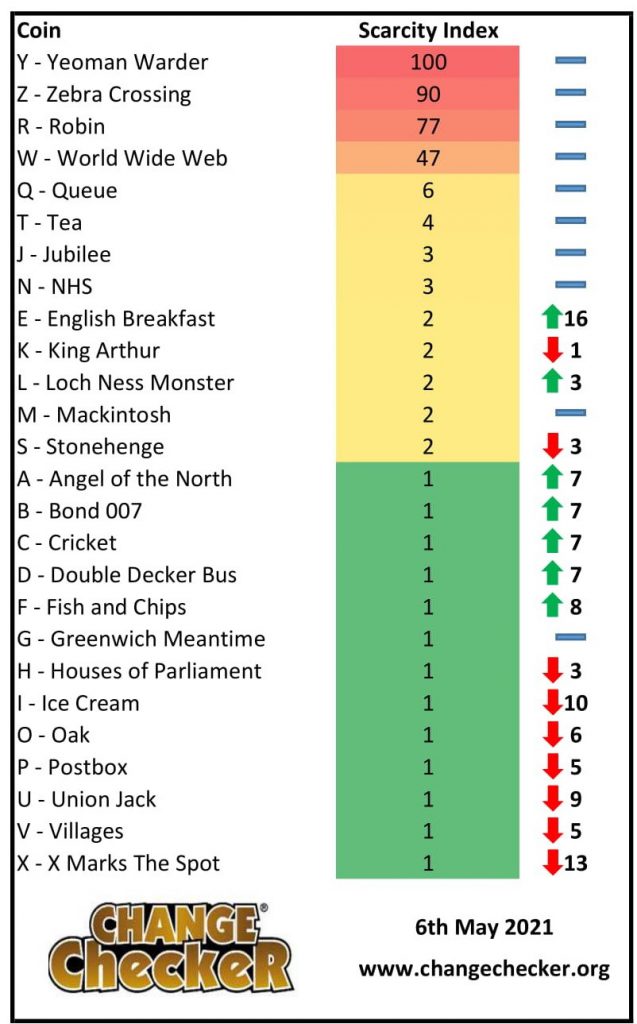 ChangeChecker also notes that there is rising interest in the E for English Breakfast coin, which climbed 16 places in the index to become the ninth rarest 10p coin.

We've rounded up the top six rarest 10ps from the A to Z collection and checked eBay to see how much they could fetch you.

It's worth keeping an eye out as these have all been circulated, so you could find one in your spare change.

The below prices are based on circulated coins – so ones you could find in your purse – that have sold by auction on eBay.

Uncirculated versions will likely fetch you more as they're in mint condition.

However, it's worth remembering that a coin is really only worth what someone is willing to pay for it. 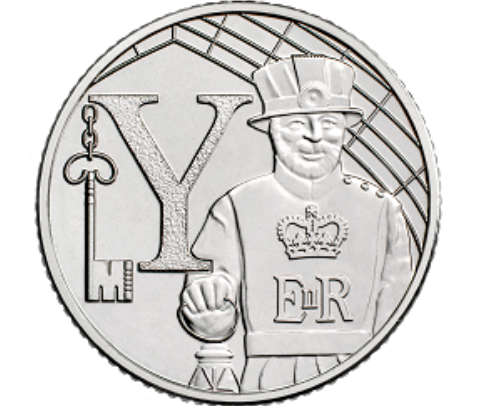 This coin features a yeoman warder on the tails side to celebrate the ceremonial guardians of the Tower of London who protect the British Crown Jewels.

Although it is top of the Change Checker scarcity list, there are other coins we've mentioned that sold for more on eBay.

The highest recent selling price we spotted on eBay for a 2019 circulated Y for Yeoman 10p was £10 and it had six bids – but that's still 100 times its original face value.

There are 283,000 of these coins in circulation in total. 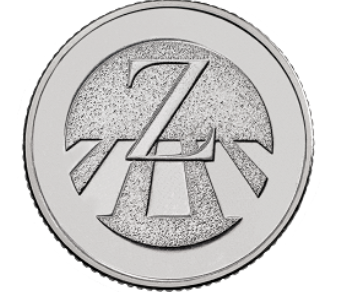 They have also become iconic in British culture thanks to the Beatles' Abbey Road album, which shows all the members of the band walking over a crossing.

Like the Y for Yeoman Warder coin, there are 283,000 of these in circulation in total. 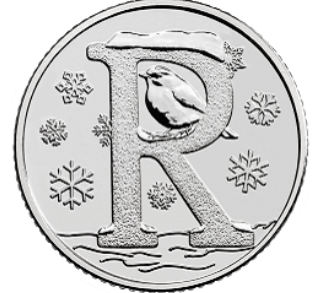 It might be third on the list in terms of scacity, but the R for Robin 10p was spotted selling for a higher price that the other coins we've mentioned.

R for Robin features a wintery, snowflake background with a robin sitting inside the letter R.

We spotted one that fetched an impressive £17.50 on eBay after attracting 14 bids.

The listing doesn't say if it is circulated or not, but the image shows the coin has heavy signs of wear and tear, which is usually a tell-tale sign.

There are more of these in circulation compared to Y for Yeoman Warder and Z for Zebra Crossing, with 284,000 in existence in total. 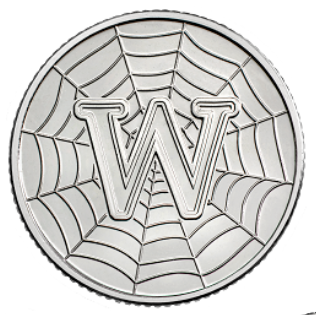 Celebrating all things to do with the internet, this W for World Wide Web 10p features a cool spiderweb design.

Again, the seller didn't say if it was circulated or not but there are scratches on the coin which suggests it has been.

There have been 283,000 of these coins minted in the past four years. 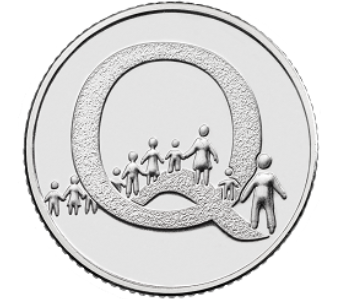 They say us Brits love to queue, and this 10p coin plays homage to that.

The design shows ten people queuing in the middle of the letter Q.

When we searched recent eBay listings, one 2019 coin had sold for £4.20 after attracting six bids.

The coin shows signs of wear and tear, so it appears to be circulated although the listing doesn't say for sure.

According to Change Checker, the circulating mintage for this coin is 303,000. 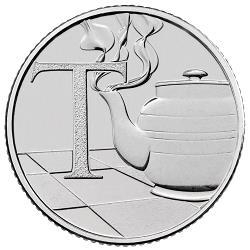 You'll struggle to find a Brit who doesn't love a cup of tea, and this coin celebrates the popular hot beverage.

On the front of the coin, you'll see a steaming teapot next to the letter T.

An eBay listing with a circulated 2019 version recently fetched £4.

What makes a coin more valuable?

Mintage figures are generally what collectors look at to work out its value.

Low mintage makes it rare which often means it is more valuable. but that's not the only thing.

Change Checker also look at how many of the coins have been collected by its members which shows how easy they may be to find (or not).

The experts also track the number of times a design has been requested as a swap over the previous three months, showing the current level of collector demand.

While the index doesn't necessarily correspond to value, it is an effective indicator.

What do I do if I have a rare coin and how do I find out how much it's worth??

Around one in every four old £1 coins were thought to be fake, according to The Royal Mint, so there are probably more fakers in your spare change then you realise.

The Royal Mint is unable to value a coin but it can confirm whether it is real or not. They will usually supply you with a letter to confirm this.

Once you’ve found out whether the coin is real or not, you have a number of options – either selling it through a coin dealer, at auction or on eBay.

You can look at eBay's recent sold prices to get an indicator of how much your coin usually goes for on the site.

Search the full name of the coin, select the "sold" listing and then toggle the search to "highest value".

It will give you an idea of the amount of money that the coin is going for.

You can either choose to sell the coin on eBay or through a specialist such as ChangeChecker.org.

You can also use an online tool that gives you an estimate of how much it could be worth on eBay, as well as any other rare coins you have.

Coin Hunter gives you an estimated valuation of your coin based on the average of the most recent sales, as well as a range of how much you can expect it to fetch.

Do you have a 50p coin in your purse or wallet? If the answer's yes, dig it out because it could be worth a small fortune – these are the most valuable ones to look out for.

So far this year, the Royal Mint has also launched a new Peter Rabbit coin which could be worth £840, while a new Gruffalo coin also launched in March.

Stephen Hawking fans have also been scrabbling to get their hands on a 50p coin celebrating his scientific work.