Reese Witherspoon May Have Political Ambitions: 'I Wouldn't Say Never'

Could Reese Witherspoon be headed from the “Legally Blonde 3” set to Washington D.C.?

Reese Witherspoon isn’t ruling out a future in politics!

The “Legally Blonde” actress, who played lawyer Elle Woods on the big screen, recently expressed an interest in running for political office after SmartLess podcast co-host Jason Bateman suggested that she’d “get a lot of the vote.” 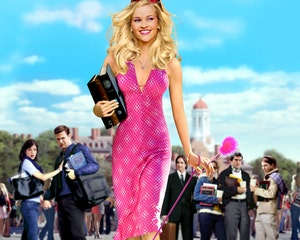 “Yeah, I mean our standards have become very low in this country,” Reese jokingly responded before the show’s other co-hosts Will Arnett and Sean Hayes added that she should seriously consider a seat in the Senate.

She continued, “And the lack of representation of people of color, who make up a large, almost majority of this country. What about balance, you know? Just yin and yang. Male, female balance.” 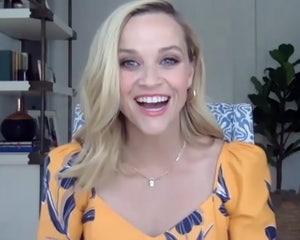 While Reese doesn’t currently have real-life experience in the field of politics just yet, she is well versed about female representation in business thanks to her production company Hello Sunshine. Not only does the business focus on creating content for women but also employs women in the majority.

“Women have a different relationship to power. It’s interesting how no one needs to be the number one. We sort of pass the baton almost. It’s always kind of deferring power or sharing responsibility. So it’s almost this power balance and that there’s no one person sort of dictating or mandating exactly what’s going to happen. It’s collective ideas. And it works really well,” Reese concluded.

To kick off her political ambitions, Reese started by simply encouraging her fans to vote in the upcoming presidential election.

“I did it! Did you? Feels good to exercise my right to VOTE. I like to think that ray of light coming through the trees 🌅is ALL of the women who came before me who did not have this fundamental right ✨??,” Reese wrote on Instagram, along with a selfie holding her ballot.

With all the celebrities who have run for office, it wouldn’t be a surprise to see Reese’s name on a ballot one day!