The Instagram account Takeaway Trauma, which is based in the UK, has been posting the responses since it was launched in September last year, Bored Panda reported.

One reviewer said they gave the food to their dog because it was ‘absolutely disgusting’, with the owner responding to say that they were pleased the food wasn’t wasted.

Restaurant owners have been sharing their very cutting and brutal responses to negative reviews left online by disappointed customers. 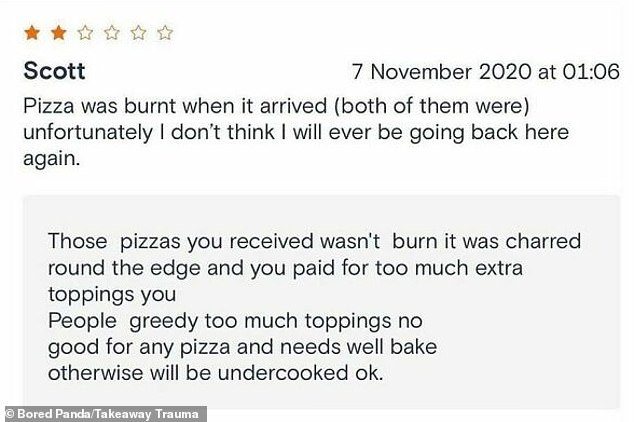 One reviewer complained of his pizza being ‘burnt’, with the restaurant owner responding by calling out people being ‘greedy’ and ordering ‘too many toppings’ 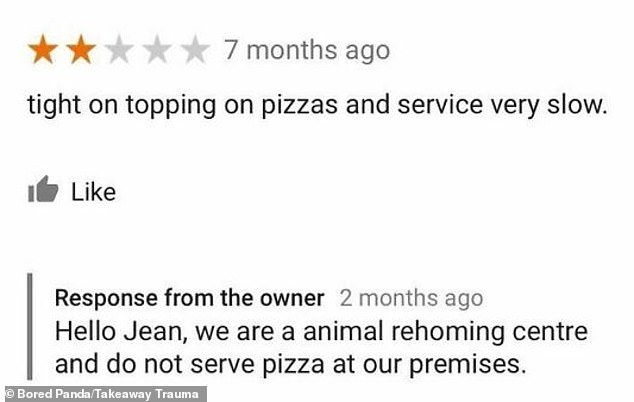 Woops! Another user accused an ‘animal re-homing centre’ of being ‘tight on pizza toppings’ with ‘very slow’ service 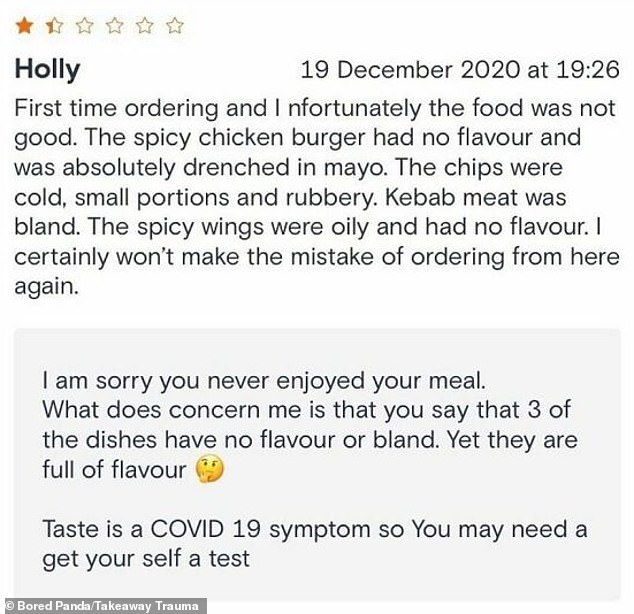 Another restaurant owner told a reviewer to get a Covid-19 test after they complained that their food was ‘bland’, ‘rubbery’ and ‘had no flavour’ 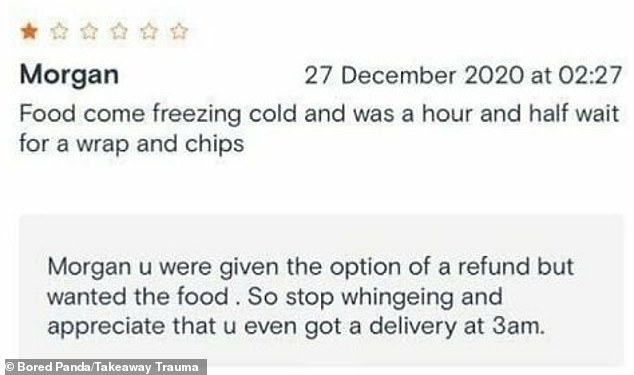 When someone else complained that their food being ‘freezing cold’, the restaurant owner said they were lucky to ‘get a delivery at 3am’ 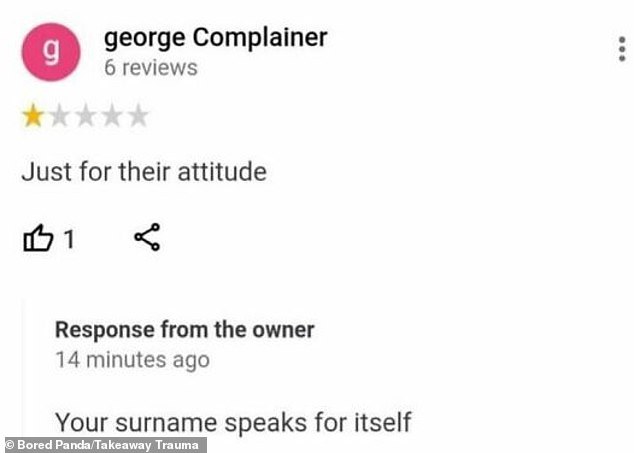 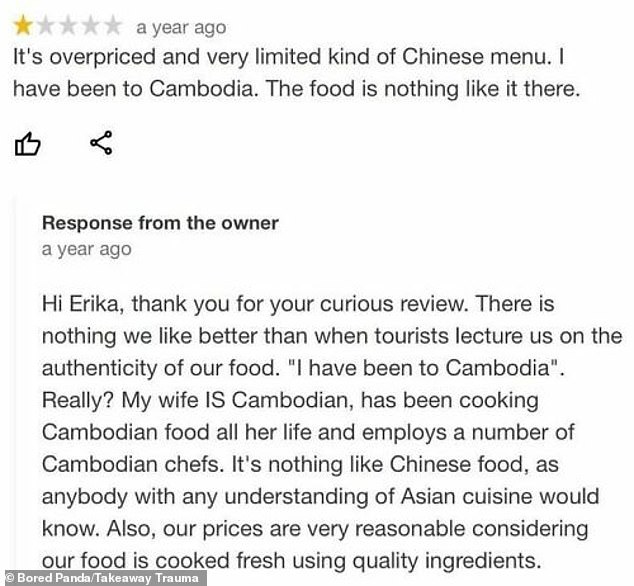 Another complained the restaurant’s food was ‘nothing like’ the food in Cambodia, but the owner called the review ‘curious’ because their wife is Cambodian 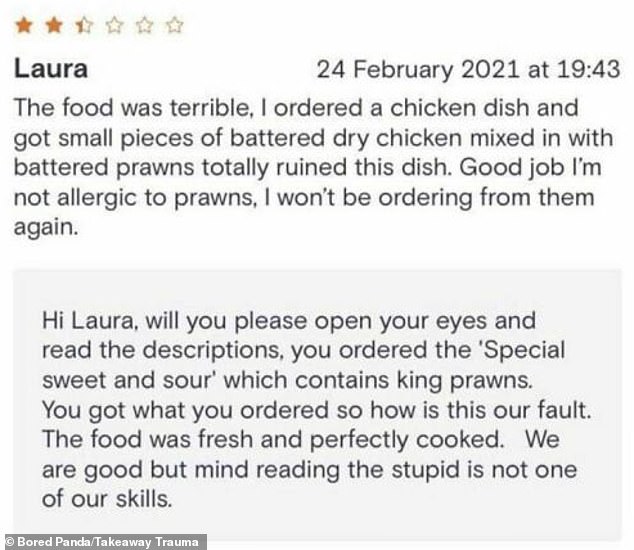 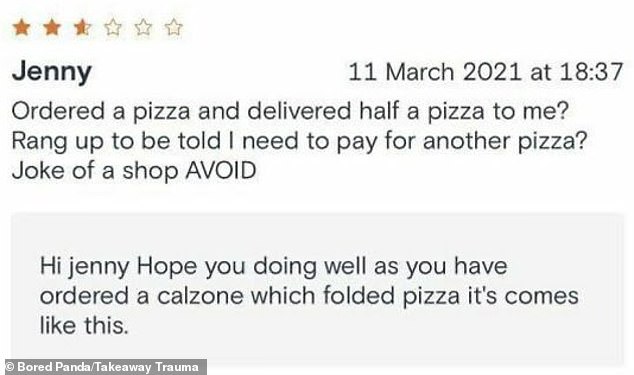 Mamma Mia! Another restauranteur was stunned when a reviewer complained of receiving half a pizza when they ordered a calzone 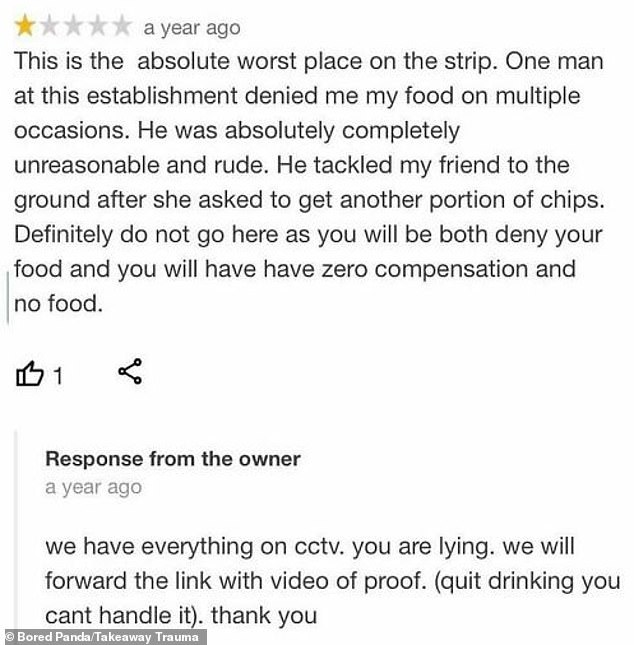 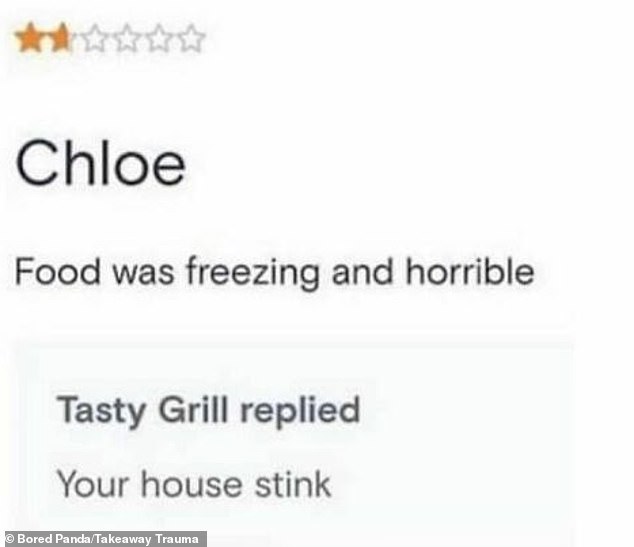 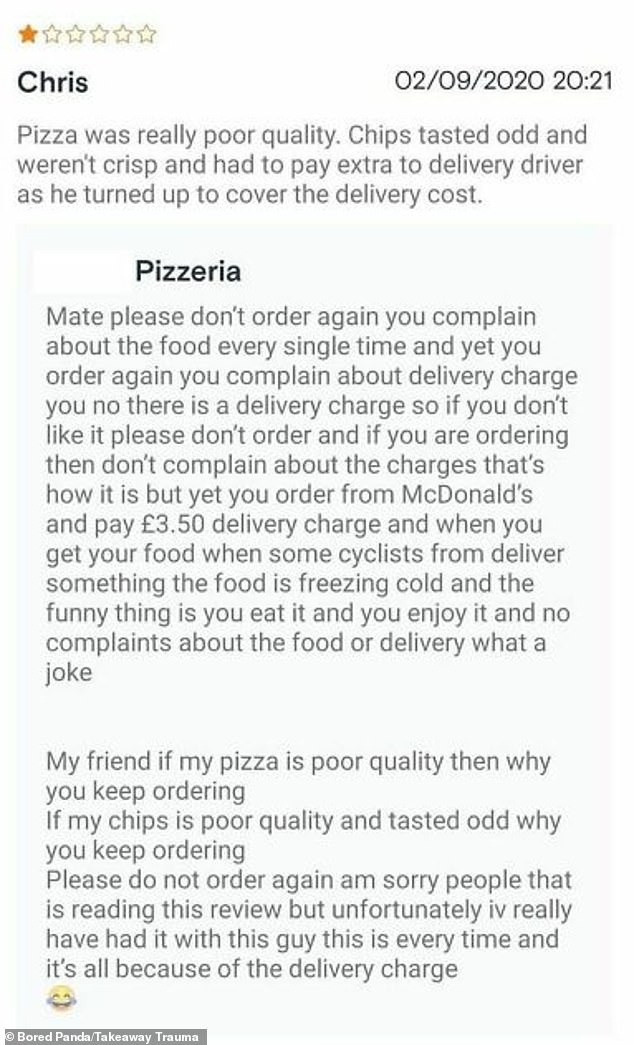 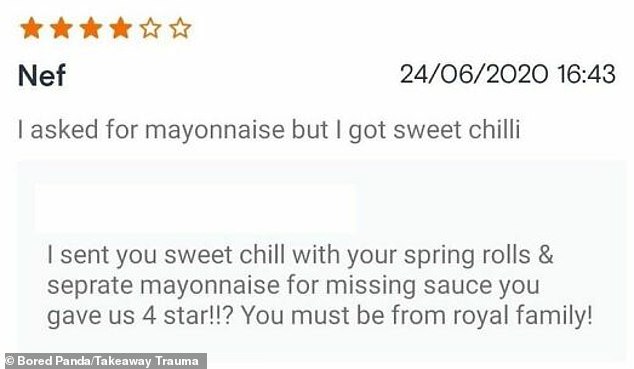 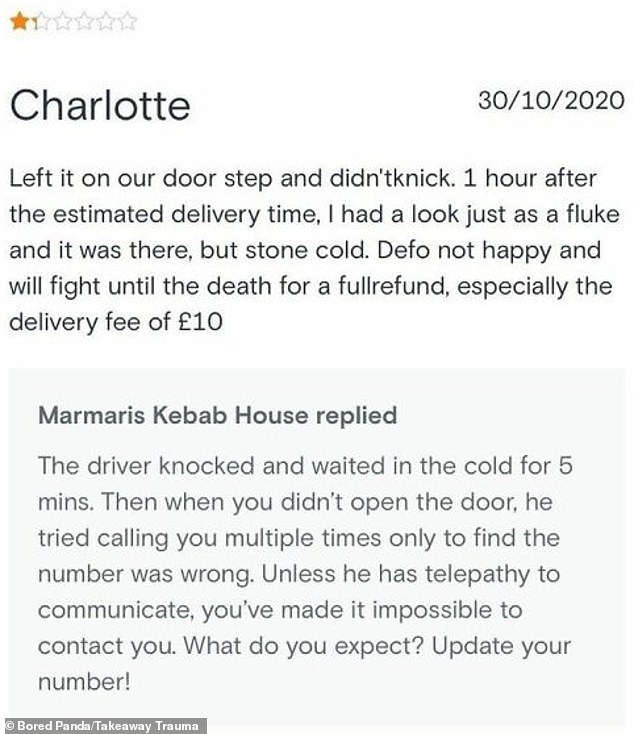 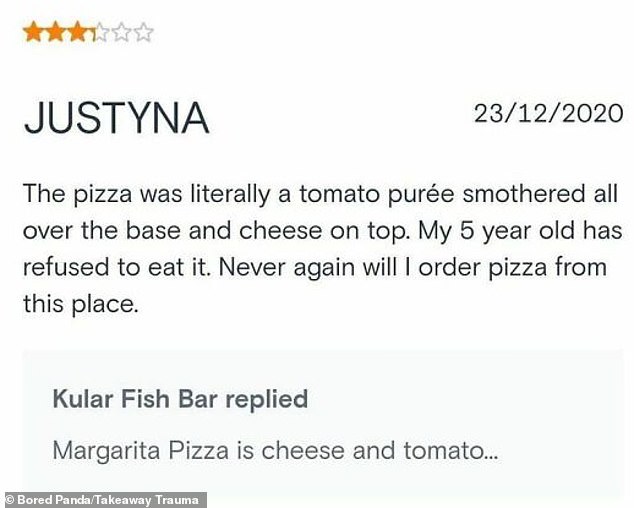 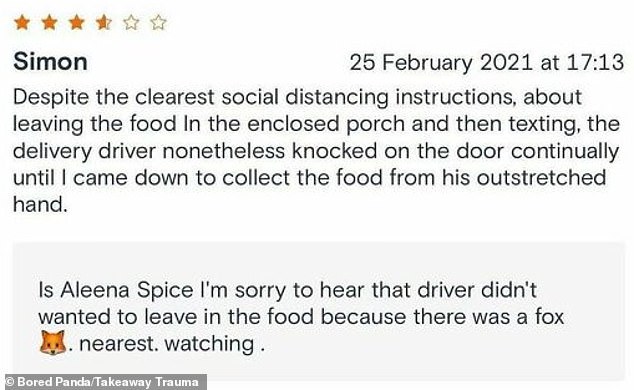 Another restaurant owner explained that they didn’t leave the food in the ‘enclosed porch’, despite social distancing instructions because ‘there was a fox’ watching nearby 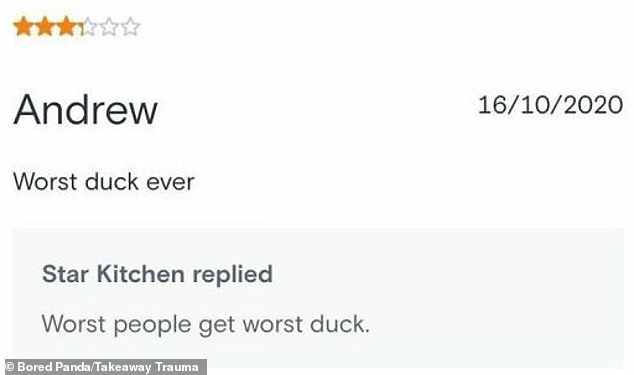