RHONJ recap: Teresa threatens to beat the f—king crap out of bitch Margaret

When Nashville gets nasty.

Teresa Giudice threatened to “beat the f—king crap” out of “bitch” Margaret Josephs on Tuesday night’s explosive episode of “The Real Housewives of New Jersey.”

Giudice’s strongly worded warning came after she accused Josephs of spreading rumors about her fiancé Louis “Louie” Ruelas to “bloggers.”

“You talk to everybody, Margaret. Yes, you do. You talk to f—king Tom, Dick and Harry,” the notorious table flipper alleged during a group dinner in Music City.

She added angrily, “Every time we do have a major talk, something comes out and then who brings it out? Miss Margaret does!”

Page Six exclusively reported in April 2021 that Ruelas’ ex-fiancée Vanessa Reiser filed legal action against him when their relationship ended in 2020, claiming he would become incensed if they didn’t have enough sex. The lawsuit was eventually settled out of court for undisclosed terms.

That same month, a police report obtained by Page Six revealed that Ruelas, 46, was charged with simple assault following a road rage incident in August 2018.

After Giudice, 49, claimed on “RHONJ” that Josephs, 55, “inserted” herself into Ruelas’ past by contacting his exes, the Macbeth Collection designer asked, “Inserted myself to his past? How would I know anything about Louie?”

But Giudice maintained her position that Josephs leaked the stories to the press. “You’re the one who put it out there!” she exclaimed. “Are you kidding me?”

This set Giudice off and she immediately lobbed dinnerware — and several full cocktails — at Josephs, who stood up to dodge any potential injuries.

Josephs sarcastically told Giudice to “keep lying” before Giudice repeatedly told Josephs to get “out of [her] f—king face” — though Josephs was nowhere near her, standing on the other side of the room at this point in their scuffle.

Ruelas, along with Giudice’s brother, Joe Gorga, and sister-in-law Melissa Gorga pulled the OG Bravo star further from the table and tried to calm her down by the restaurant’s bar — without Josephs in sight.

“She’s disgusting. I f—king hate her. I’m going to pour red wine [on her],” she told her family, clearly still upset.

“I don’t like her tone. Want to come at me? I’m coming at you f—king 20 times harder. She needs to be taught a lesson,” Giudice continued. “I swear to God I’m going to go up there and beat the f—king crap out of that bitch!”

Melissa, 42, replied, “You’re not beating anybody! You’re not going near them.”

That’s when Giudice left the bar to share this message directly with Josephs, “F—k you, you disgusting vile c—t that you are!”

Josephs — who called Giudice a “thug,” “animal” and “thirsty, vile disgusting person” — said that she was not scared of Giudice, but still asked her other co-stars, “What is this, the f—king mob? She’s threatening me?” 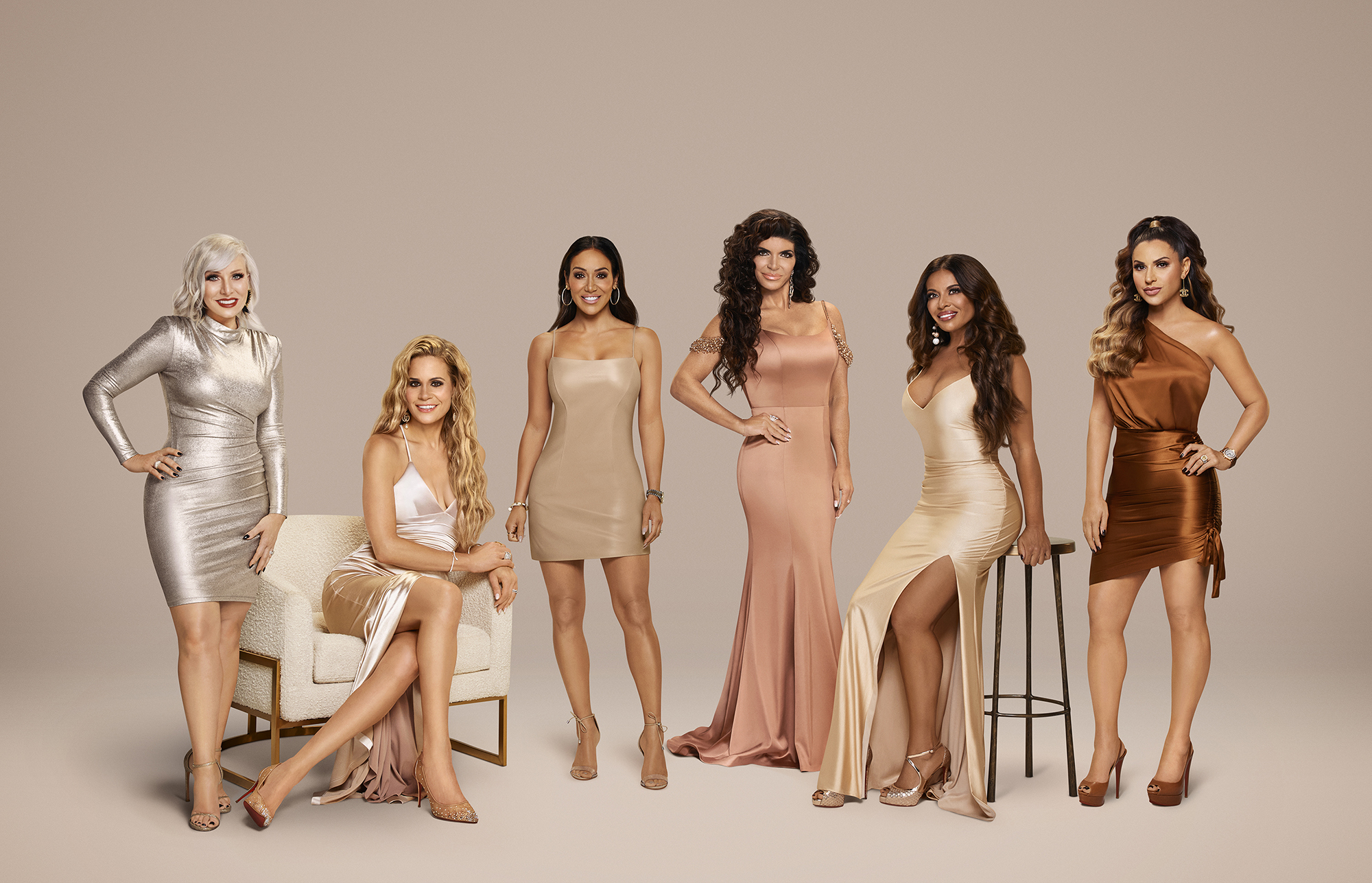 Giudice eventually departed the scene with Ruelas, the Gorgas and pals Jennifer and Dr. Bill Aydin in a sprinter bus.

In the vehicle, Ruelas asked Giudice why she threw glass at Josephs.

She responded, “Why? Because I wanted to take the whole f–king table and f–king smash it in her face!”

“The Real Housewives of New Jersey” airs Tuesdays at 8 p.m. ET on Bravo.