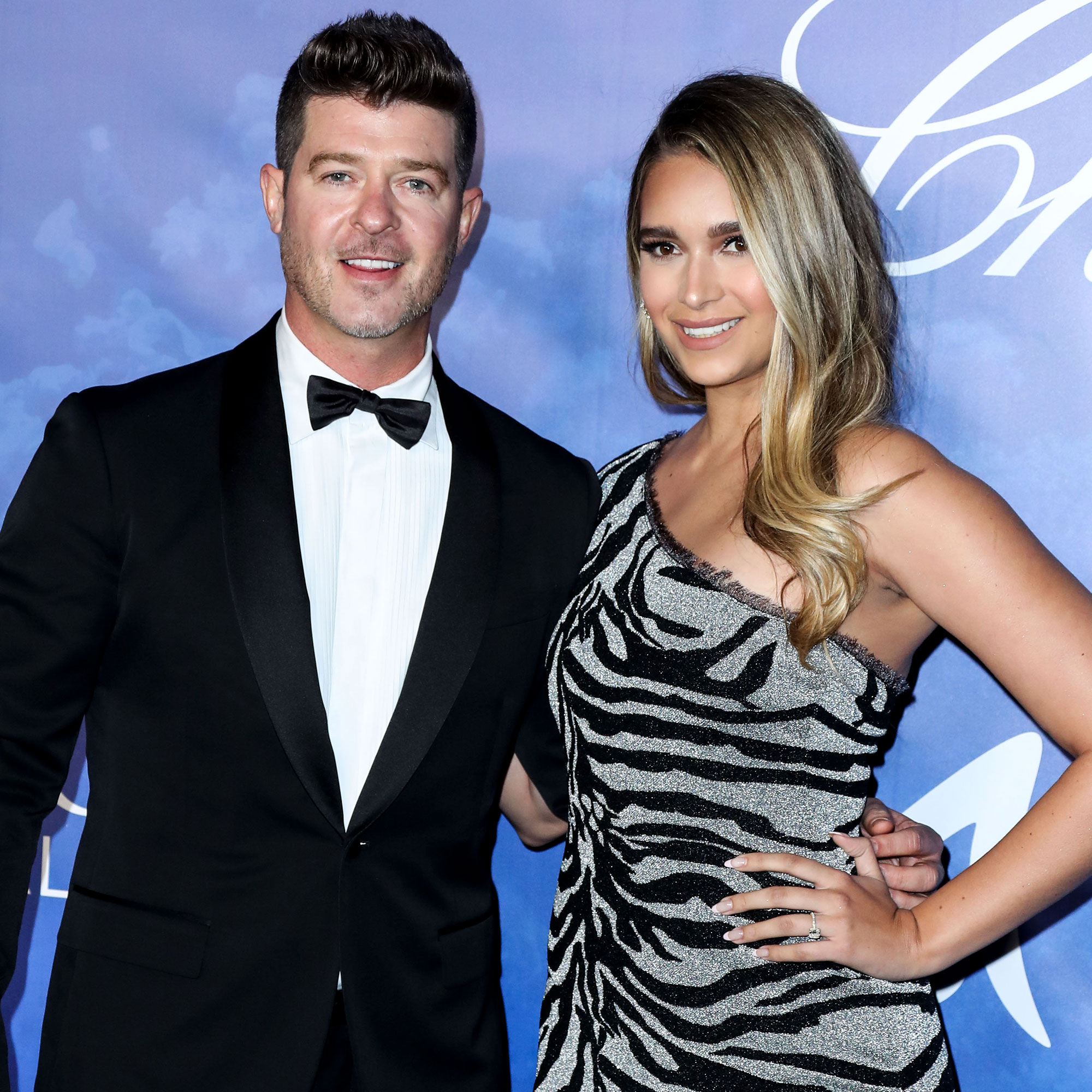 Robin Thicke is all inked up for fiancée April Love Geary! The singer got a new tattoo in honor of his lady love, and it’s inspired by her model physique.

Robin Thicke and April Love Geary: A Timeline of Their Relationship

On Saturday, June 11, Geary, 27, showed off the design — an outline of her body — via her Instagram Stories. “Thanks for getting my naked bod tatted on your arm @robinthicke,” the California native wrote over a photo of the “Lost Without U” crooner, 45. Thicke re-shared Geary’s post on his own social media page. Both posts have since expired.

The new ink isn’t the only way the couple is broadcasting their romance. On Sunday, June 12, Geary shared a carousel of photos on her Instagram feed, which showed herself and the hitmaker touching tongues while on vacation in Mexico. “I f—— love Cabo,” she captioned the sexy snaps. In the images, Geary is seen in a floral cutout swimsuit from Frankies Bikinis. For his part, Thicke went shirtless and accessorized with a black hat. The social media star further showed off her beach look with a solo post, which she captioned “@frankiesbikinis.”

Geary has been sharing various moments from her and Thicke’s getaway. On Monday, June 13, she posted several videos and photos of the couple and friends enjoying a boat day. She later shared photos from their beachside villa, which include a snap of their daughter, Mia, enjoying time in the pool and a different shot of Geary and Thicke snuggling up on a balcony.

The Billboard Music Award-winner and model began dating in 2014 following his split from ex-wife Paula Patton. The couple welcomed daughter Mia in 2018 and got engaged the same year. The lovebirds have continued to expand their family, with Geary giving birth to their daughter Lola in 2019 and son Luca in 2020. (Thicke and Patton, 46, share 12-year-old son Julian.)

When Thicke popped the question, Geary shared the news on social media, writing “YES YES 1000x YES” alongside a series of pictures and videos of the life-changing moment.

See All the Celebs Who Got Tribute Tattoos for Love: From Brooklyn Beckham to Kelly Ripa

In March, Geary opened up about her upcoming marriage to Thicke, answering questions from her Instagram followers. “Does Robin want a prenup before marriage?” to which Geary responded: “I don’t know, but I’m not signing one.”

In another reply, she gave a more in-depth explanation. “He’s not marrying anyone else after me,” she said of the “Blurred Lines” singer. “How do you go from, like, the baddest bitch on the planet? Where do you go from there? Trash.”