The Middleton family genes! Royal fans say Prince Louis is a ‘carbon copy’ of his mother after seeing the Duchess of Cambridge as a young girl in a throwback Father’s Day snap

A picture of Kate Middleton as a young girl reveals just how much Prince Louis has taken after his mother, according to royal fans.

The Duke and Duchess of Cambridge yesterday shared a throwback photo of a young Kate sitting on her father Michael’s knee to mark Father’s Day.

Royal enthusiasts rushed to point out the striking resemblance between the duchess and her son, Prince Louis, two, in the comments.

Others said there are clear similarities between Michael Middleton and his eldest grandson. 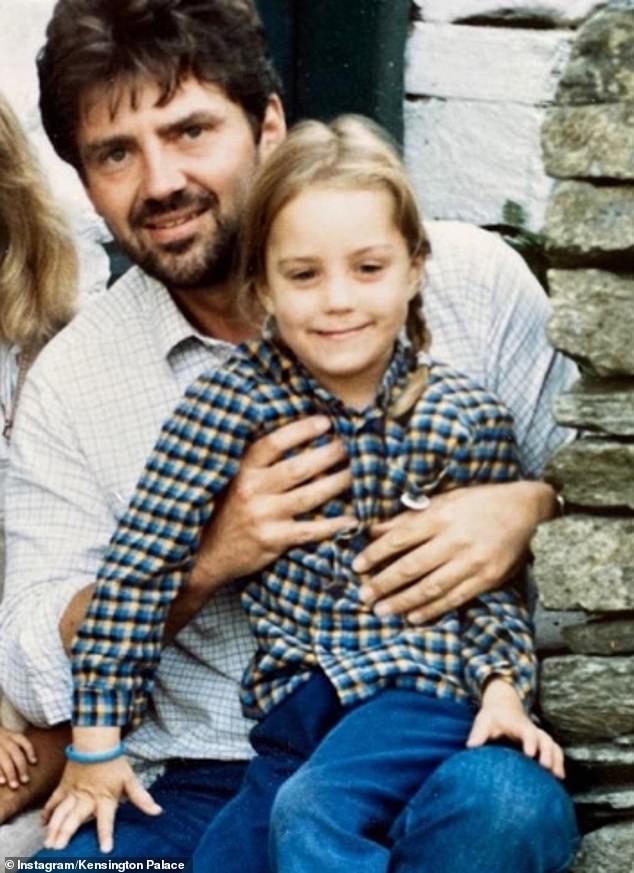 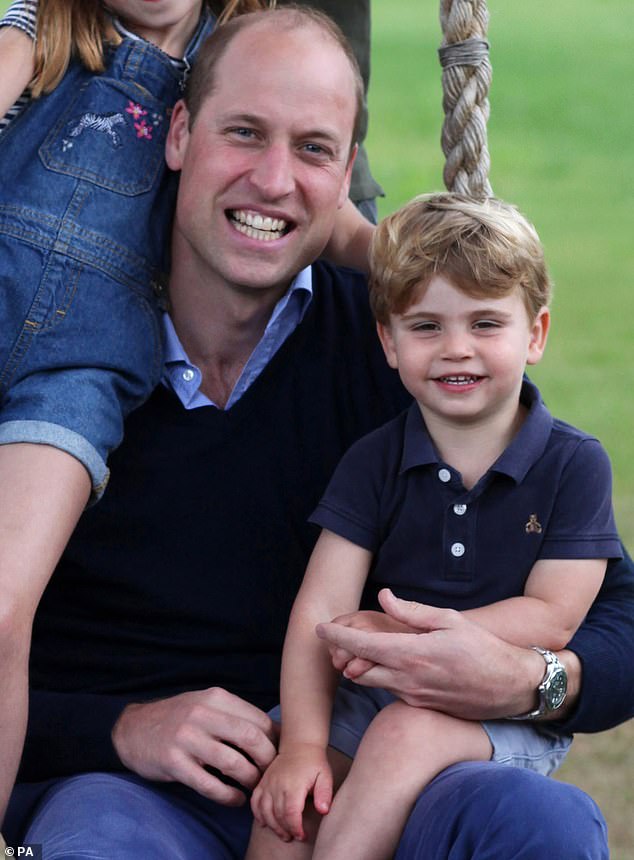 Royal enthusiasts rushed to point out the striking resemblance between the duchess and her son, Prince Louis, two, in the comments. Pictured, Louis with his father Prince William

One Twitter user wrote: ‘Prince George and Prince Louis totally look like the duchess when she was younger.’

Others also pointed out the uncanny similarity between Prince Louis and his grandfather Michael, with one person writing: ‘Goodness, how much does Louis look like Kate’s dad.’

The family photographs are the latest to be taken by the Duchess of Cambridge, and were captured on Friday in the grounds of their Norfolk country home, Anmer Hall.

The first shows the Cambridge children giggling uncontrollably as they pile on to their beaming dad in joyous horseplay. 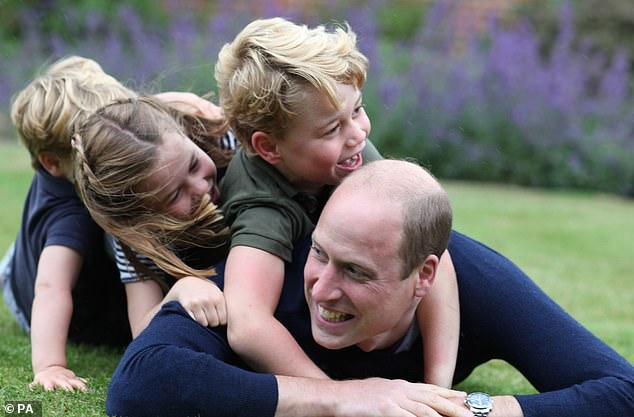 The Duke and Duchess of Cambridge released two photos, both taken by Kate, on Sunday that capture the playful, loving bond between the prince and his children, Prince George, six, Princess Charlotte, five, and Prince Louis, two. Pictured, one of the images shared

One of the images shows William cuddling Louis on his knee while Charlotte and George lark around them. The swing they are sitting on has significance for Father’s Day, too, as it was a wedding present from Prince Charles

The second captures Prince William cuddling Louis on his knee while Charlotte and George stand beside them on a swing, which was a wedding present from Prince Charles.

The Duke and Duchess of Cambridge also released an unseen photo of Prince William embracing Prince Charles as they led royal tributes on Father’s Day.

Prince William is seen pulling his father, 72, in for a hug in the candid snap taken by the Duchess of Cambridge in Sandringham in December last year. 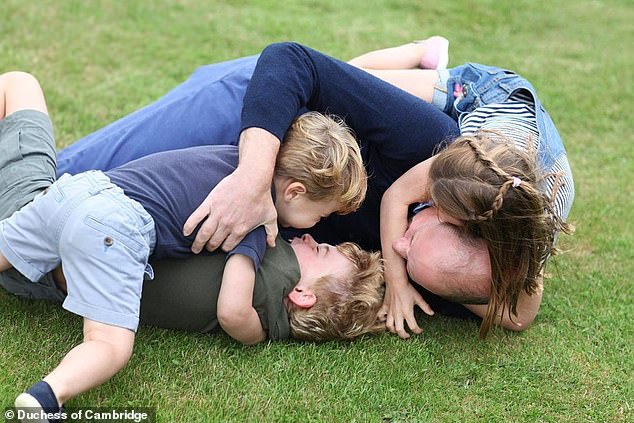 Kate Middleton later shared a third photograph of her husband playing in the garden with their three children to mark Father’s Day and Prince William’s 38th birthday. The photo is the most candid of the lot and shows the Duke laughing as he cuddles all three of his children