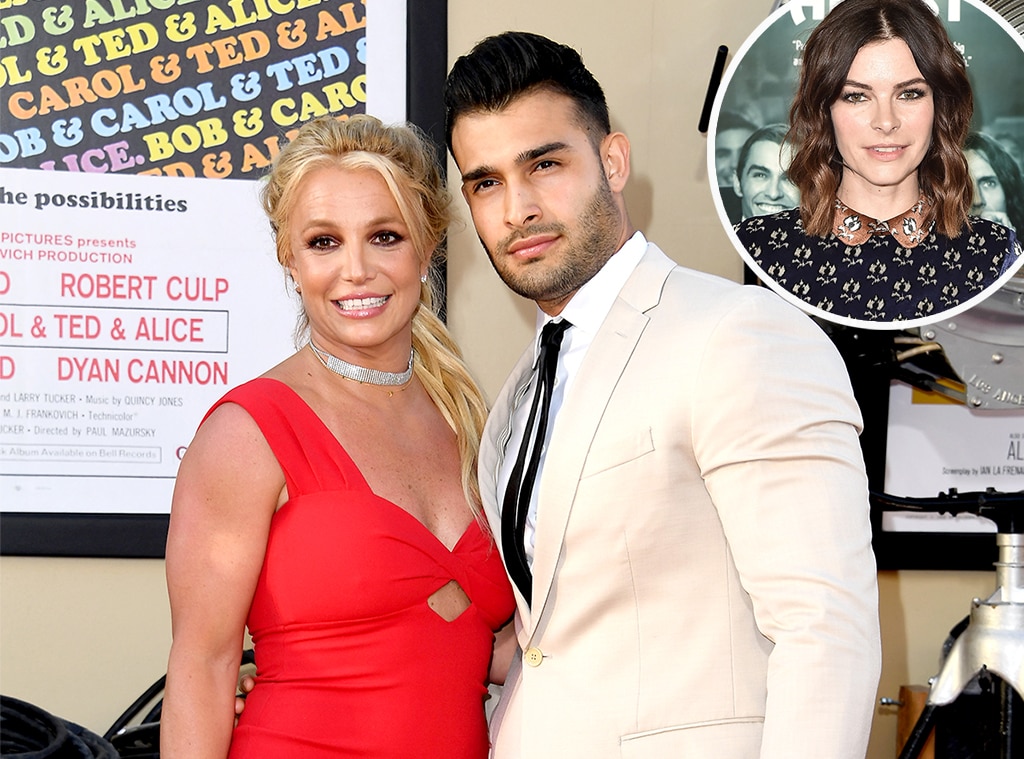 Through thick and thin, Sam Asghari has Britney Spears' back.

The personal trainer came to the defense of his longtime girlfriend when a notable follower of the pop star criticized her recent Instagram posts. Author and screenwriter Kelly Oxford, who boasts a loyal online following, commented on a recent video that Britney shared, "This account finally got too scary for me."

According to screenshots captured by Britney stans, Sam replied to Kelly, "what's so scary about being the biggest superstar in the world being herself (authentic, funny, humble) without caring what others think… we need more people like her and less Karen's. also instagram installed this button that you can hit to unfollow about 10 years ago…"

Kelly has yet to respond to Sam's clapback, but past social media posts indicate her apparent concern for the performer. On July 13, she tweeted a link to information about Britney's conservatorship and wrote, "For anyone worried about Britney Spears, here is a link for you."

Those who support the #FreeBritney movement, an online campaign that advocates for the 38-year-old's autonomy under her conservatorship, have theorized that those within Britney's inner circle manage her social media accounts.

Such unsubstantiated claims were dismissed by the Princess of Pop herself when she shared on Instagram, "I get how some people might not like my posts or even understand them, but this is Me being happy ….. this is Me being authentic and as real as it gets !!!!! I want to inspire people to do the same and just be themselves without pleasing others ….. that's the key to happiness."

Whoopi Goldberg Reflects On Losing "Everything" After Political Remark

As for the future of her conservatorship, new legal documents obtained by E! News revealed she does not want her father, Jamie Spears, to be reinstated as her conservator after he stepped down in 2019 for health reasons.

Instead, Britney has requested that the judge presiding over the case appoint a "qualified corporate fiduciary" to serve as her conservator. Additionally, she's not in favor of her father's motion to seal the case.

Her attorney stated in a legal filing submitted on Sept. 3, "Britney strongly believes it is consistent not only with her personal best interests but also with good public policy generally that the decision to appoint a new conservator of her estate be made in as open and transparent a manner as possible. The sealing motion is supposedly being brought by her father to 'protect' Britney's interests, but she is adamantly opposed to it."