SARAH VINE: The secret to getting what you want? Gift it to yourself!

SARAH VINE: The secret to getting what you really want? Gift it to yourself!

Time was, jewellery was something you either inherited or were given as a gift, usually by a Significant Other to mark an Important Occasion.

Only the odd wealthy diva — one thinks of Elizabeth Taylor, maybe the Queen, Liberace for sure — had the funds and the chutzpah to buy their own baubles.

The rest of us had to make do with what granny left behind — or someone else’s choice, which, however heartfelt, might not always match what we would have chosen.

Not any more, it seems. One of the biggest trends in jewellery shopping recently has been the rise of so-called self-gifting.

And for some reason — probably to do with the relentless grimness of everything — lockdown has been a real driver of sales. 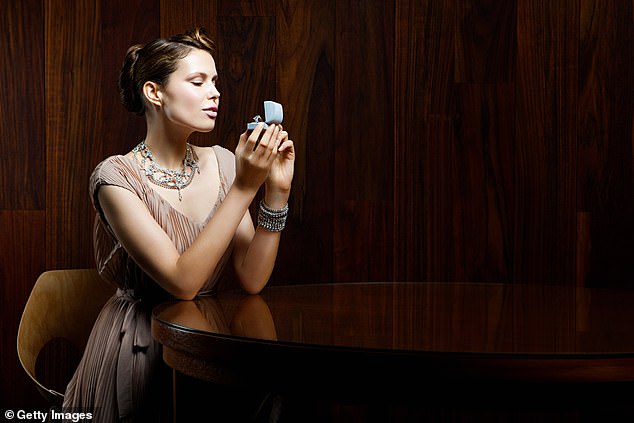 Jewellery used to be something you either inherited or were given as a gift, usually by a Significant Other to mark an Important Occasion, says SARAH VINE

According to the fashion search engine Lyst, online searches for necklaces and rings have increased by 178 per cent in the past year.

Meanwhile, Monica Vinader, whose pretty trinkets and mementos are popular with women of all ages, reports that there’s been a year-on-year increase in self-purchasing of 190 per cent.

Self-gifting doesn’t just apply to jewellery; women are making all sorts of ‘treat’ purchases, from cashmere to handbags.

But jewellery is the stand-out trend, from homespun Etsy to a spot of colourful Roxanne Assoulin on Net-a-Porter.

These are less colossal ‘investment’ buys, more a little bit of affordable luxury to chase away the blues: gemstones, raffia, beads and crystals instead of carats and precious metals.

They are the modern working woman’s equivalent of the ‘lipstick effect’ — a way to scratch that little itch for a bit of sparkle in the otherwise grey, relentless landscape of day-to-day life.

‘It’s been such a rough year that there’s a real desire to treat ourselves,’ says Monica Vinader. ‘When you walk by a mirror or hop on a video call and see that little sparkle of jewellery, it makes you feel good.’

And it’s never been easier to find that special piece.

The hypnotic power of Instagram and other social media — increasingly video app TikTok — means savvy British brands such as Otiumberg, Cotton & Gems and Astley Clarke are able to ‘reach out’ to women in directly appealing ways.

A couple of glasses of wine and a quick scroll through your chosen ‘influencers’ can so easily result in a pretty little parcel dropping through the letterbox a couple of days later, complete with flowery blurb about this or that gemstone or personalisation.

And the rise of ‘vermeil’ gold jewellery (a fancy word for gold-plated silver) means such trinkets feel special without costing the earth — maybe the same amount as a facial or a massage, or a nice dinner out with friends. 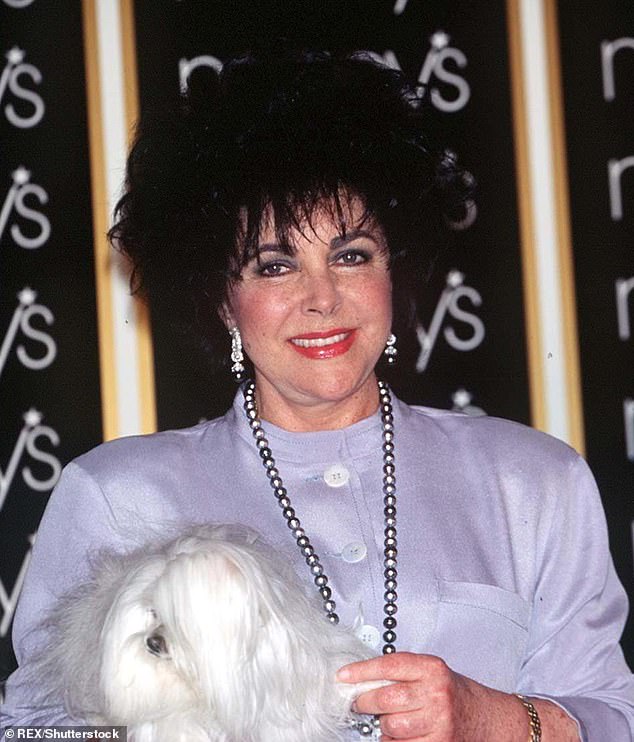 Only the odd wealthy diva — one thinks of Elizabeth Taylor (pictured), maybe the Queen, Liberace for sure — had the funds and the chutzpah to buy their own baubles

And while a new dress or a handbag may have been popular in the past, lockdown has rendered such things rather less appealing, given the lack of opportunity to show them off.

Jewellery, on the other hand, is satisfyingly Zoom-friendly. A quirky pair of earrings or a cocktail ring can have real impact — and the best thing is, you know they are going to fit.

So no anxiety-ridden episodes in front of the bedroom mirror, none of the stress of not measuring up to the demands of fashion.

Jewellery also has meaning in a way other purchases don’t. A pair of shoes can make you feel a million dollars — but if you have nowhere to go and there’s no one to see you in them, the point is rather lost.

But a necklace or bracelet can be a constant companion, a talisman of happiness regardless of whether you’re in your dressing gown or a ballgown.

Although I’ve never been much of a jewellery person, even I have found myself succumbing to the lure of a little sparkle.

For weeks I have been flirting with the idea of spending £145 on a little locket bracelet from Astley Clarke, with my initials engraved on the outside and pictures of my teenagers within.

It’s not the kind of thing anyone else would buy for me.

But I know it would give me enormous pleasure to wear it on my wrist, a constant reminder of two of the things I hold most dear in my life, and very possibly my greatest achievements.

My girlfriends are the same. One, the author Imogen Edwards-Jones, who recently wrote a book about a pair of Russian princesses who dabbled in the occult (The Witches Of St Petersburg), has a necklace that says ‘witch’, a present to herself to celebrate publication.

Me, I’ve been toying with the idea of getting one that simply says ‘Karen’, as an ironic statement in response to the sexist, anti-middle-aged-white-woman meme that has been doing the rounds on the internet.

When I saw her for supper the other night, she was sporting a magnificent dragon brooch — both a nod to her Welsh roots and a reward for landing a new contract at work.

And that’s the thing about self-gifting. Whereas in the past women may have felt they needed someone else’s approval to treat themselves, now they have the confidence — and, perhaps more importantly, the money — to do it without such concern.

Buying your own jewellery is no longer the preserve of the privileged few but an expression of self-love and independence that all women can enjoy.

We are marking our empowerment on our own terms.

It may be true that diamonds are a girl’s best friend. But sometimes cubic zirconias will do just as well — and can be just as, if not more, meaningful. 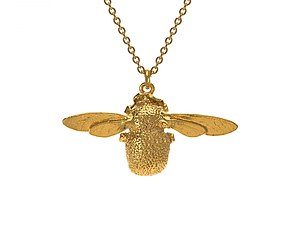 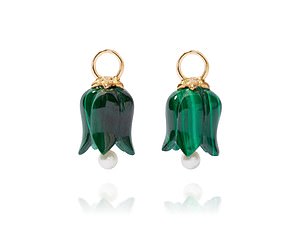 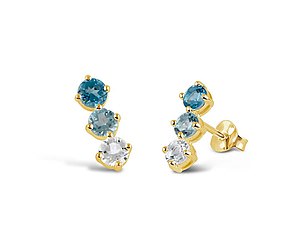 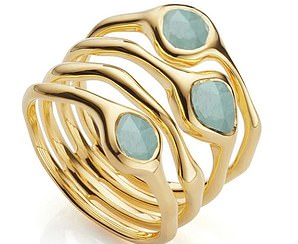 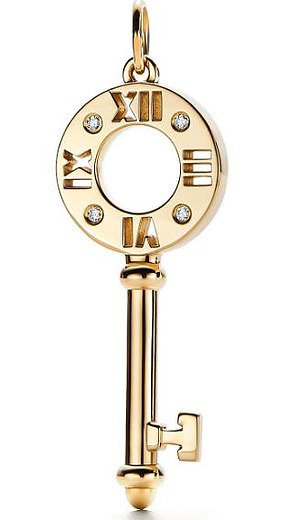