Scarlett Moffatt, 31, rose to fame on Channel 4’s Gogglebox, before going on to win I’m A Celebrity in 2016. She lives in County Durham with partner Scott.

Before I did Gogglebox I was confident with my body. I was surrounded by wonderful friends and family and never felt pressure to look a certain way. I just lived my best life.

But when I went on the show, I was catapulted into this world where people had an opinion on my appearance. I’d hear phrases like, ‘Oh, she has hip dips,’ and I didn’t even know what that meant [it’s when there’s an indent after your hip and before your thigh begins]. So I started sitting on the edge of the couch so that I was upright, or I would use a cushion to cover my body.

The worst was when I went to Las Vegas with friends five years ago but didn’t go to the pool party. I remember trying to figure out how to walk to the pool in a kaftan and get in without showing my body. Eventually, I said I didn’t feel well and went back to my room. 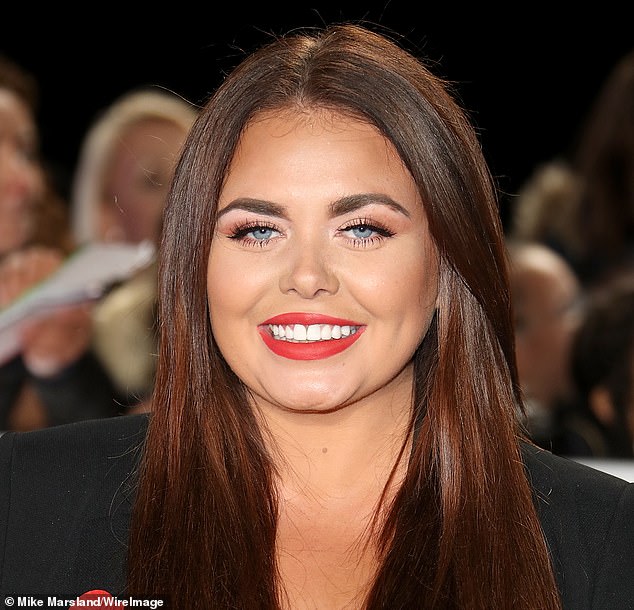 English TV personality Scarlett Moffatt, 31, (pictured) says don’t let body fears hold you back. Scarlett says that she was confident with her body before she went on Gogglebox

I came home and thought: ‘God, am I going to miss out on things because I care so much about the opinions of other people?’ I wrote down everything I’d missed out on because I’d say: ‘I’ll go there when I’ve lost some weight.’ Now I think: ‘What an absolute idiot!’

So when I went to Antigua with my boyfriend two years ago, I wore a bikini for the first time and didn’t cover myself up. I was like: ‘This is my body.’

I have a wonderful relationship with Scott because I was happy in myself when I met him. Now I say to people, you’re fine as you are. I’m not saying eat chicken nuggets all day, but health isn’t necessarily about having a six-pack.

I hope I show on the BBC’s Pilgrimage [in which people of different faiths and beliefs walk in the footsteps of a 6th-century monk across Ireland and Scotland] that just because you are a certain shape, it doesn’t mean you can’t do it. I was with Will [Bayley, the Paralympian] and Monty [Panesar, the cricketer] who are super-fit, and yet sometimes I was leading the pack.

I still have days where I have a wobble over my looks, but it passes. And trolls have no power over me.

When you allow yourself to be happy, you become invincible.