“It’s hard because I struggled for the first four months,” the “Vanderpump Rules” veteran, 36, told us while promoting her Bella Boss capsule collection, noting that it was initially difficult to embrace her post-pregnancy curves.

Shay — who developed preeclampsia and HELLP Syndrome during the delivery of her baby girl — learned to appreciate her figure by continually reminding herself that her body “went through a lot” to fulfill her dream of becoming a mother.

“I wouldn’t have it any other way. I would tear apart my body for that baby,” said the TV personality, whose path to parenthood included a devastating miscarriage she suffered in the summer of 2020. 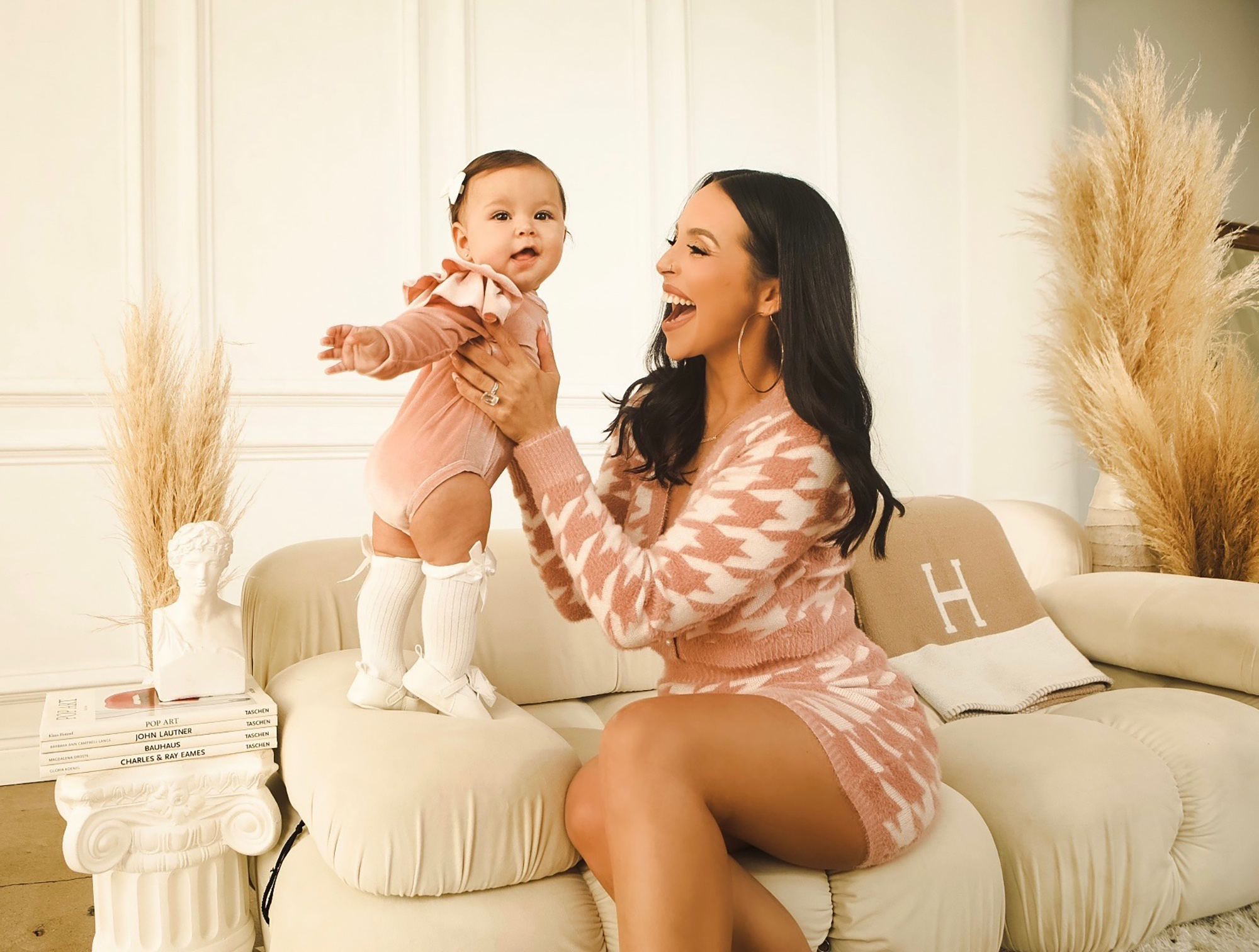 “She is worth it,” she added, “but it took quite a few months of slowly getting back into workouts and everything to feel good and confident again.”

Shay admitted that it was tough not to compare herself to other new moms, including pal and Bravo co-star Lala Kent, who seemed to “snap back the next day,” she has said, after giving birth to daughter Ocean in March. 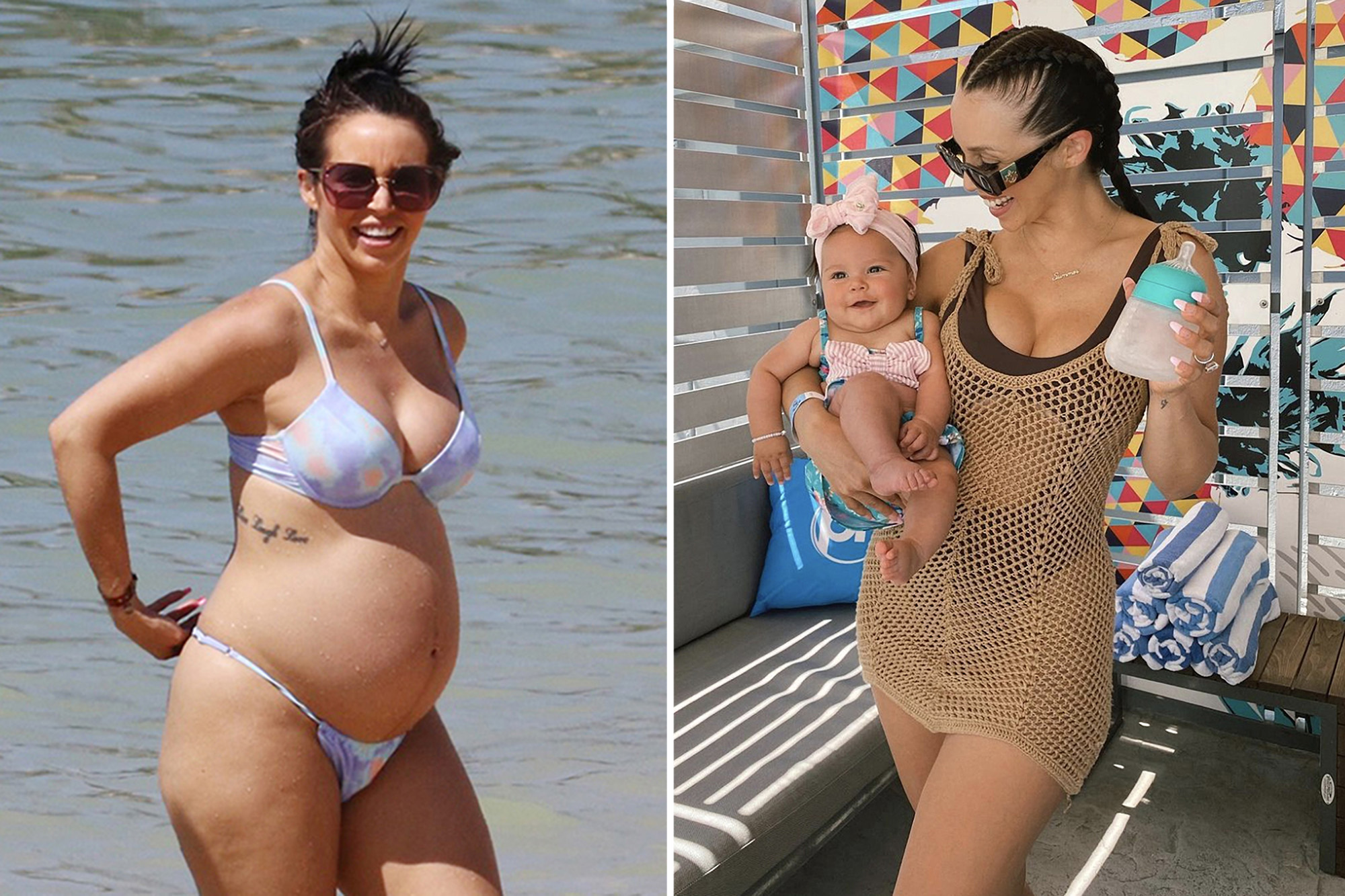 “That part was hard, I will say,” she acknowledged. Still, the “Scheananigans” podcast host was optimistic that she would eventually silence her inner saboteur.

“I just had to be really kind to myself and remember that my body created a human life. I was excited for the day that I could rock a crop top again,” she said, adding with a laugh, “I swear, the day I put my belly button ring in, I felt like me again.”

Shay has put her toned midriff on display in recent weeks while rocking skin-baring ensembles from her 15-piece Bella Boss collection, which she curated with “all body types in mind.” 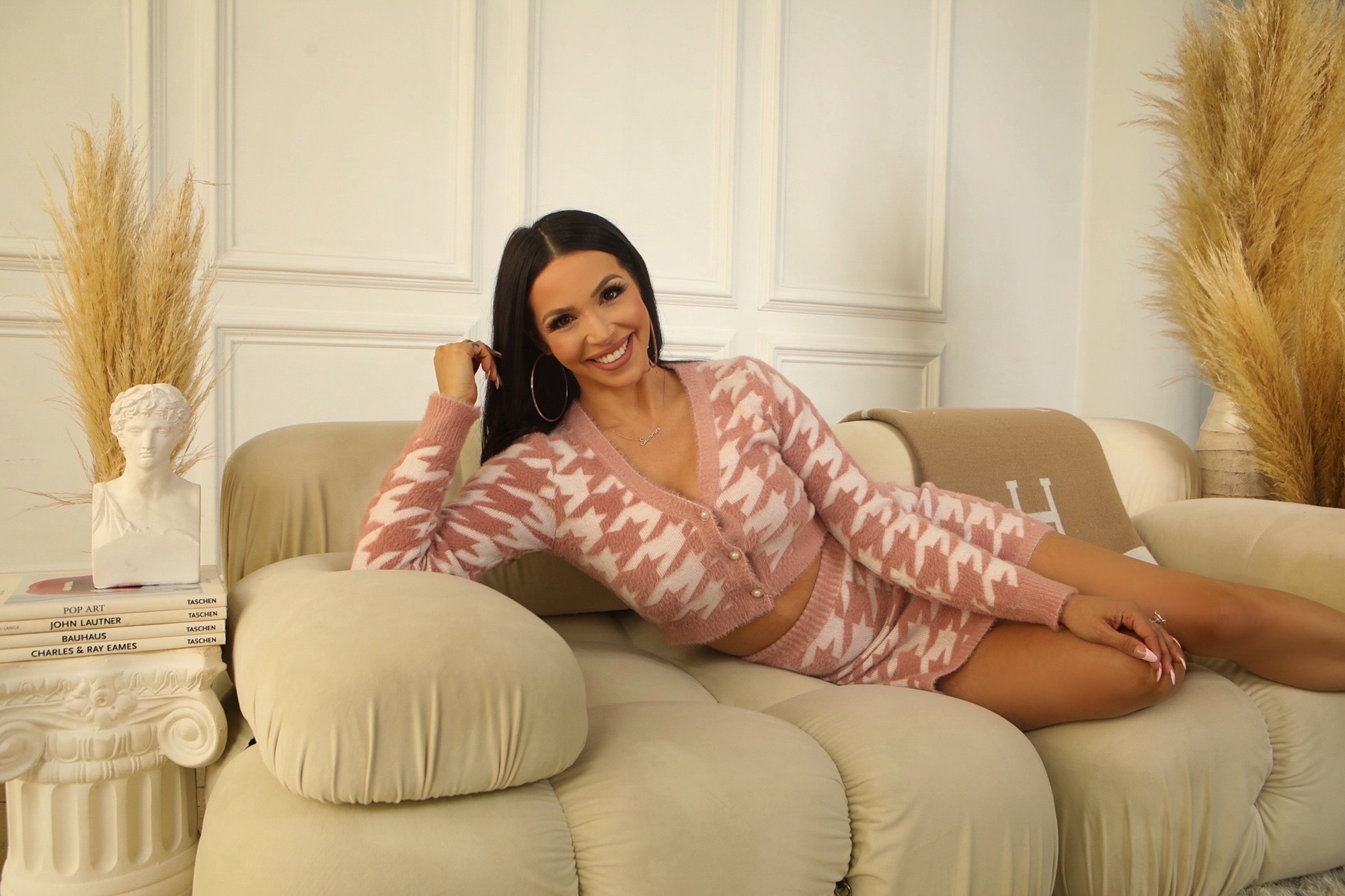 “What I love about this line is that the clothes are super stretchy and so comfortable and they work for every woman,” she elaborated. “I love the matching sets, but especially the black leather two-piece, which is super chic and sexy. I’ve already worn it about three times and always feel hot in it.”

Though her improved self-esteem is not reliant on anyone else’s approval, Shay told us that Davies’ supportive affirmations certainly don’t hurt.

“He is always complimenting me,” she said of the 30-year-old fitness professional, whom she accepted a proposal from in July. “Even when I’m just in glasses and sweats, he still just tells me I’m beautiful and always makes me feel that way.” 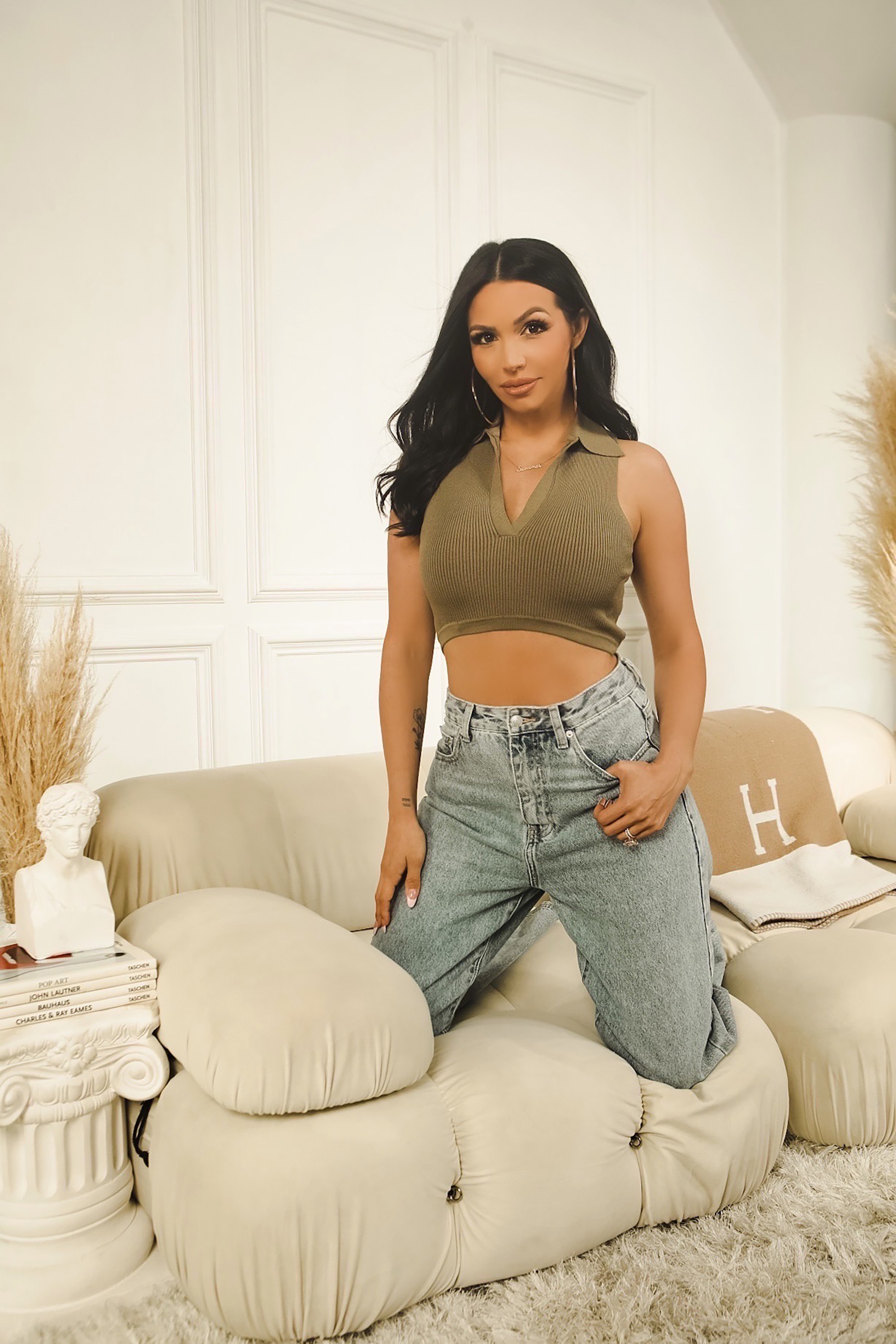 Shay went on to say that the version of herself fans are currently watching on Season 9 of “Pump Rules” is the self-assured woman she has strived to become since the reality show’s 2013 premiere.

“Even with the body image issues I had in the beginning of the season, I feel the most confident, the most me and the most secure that I’ve ever felt on this show,” she said. “I feel like you’re seeing the best version of me, hopefully.” 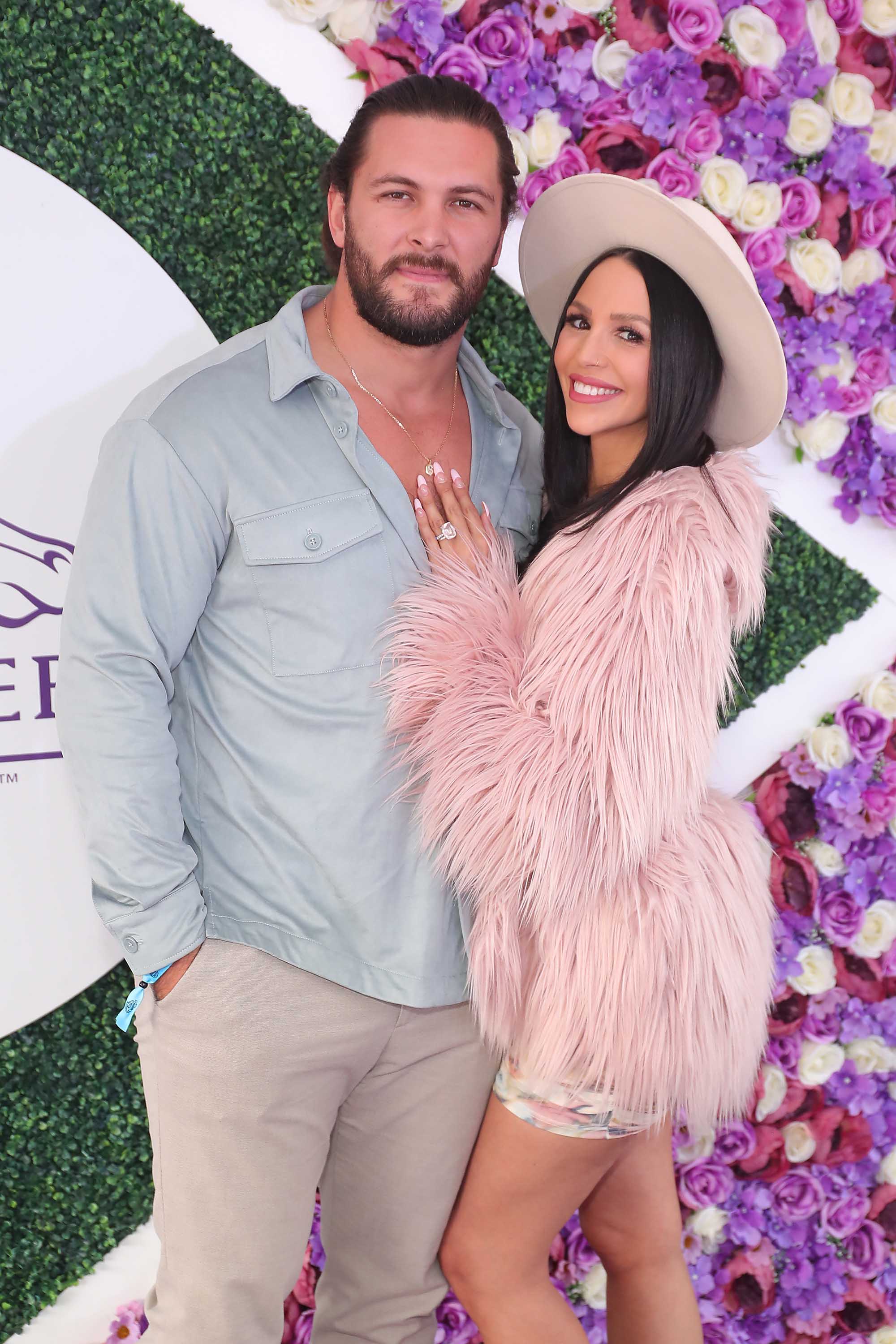 Even more thrilling for Shay, though, is watching her family of three flourish onscreen.

“[Brock] is an amazing dad to [Summer] and such a good, supportive partner to me,” she gushed. “Seeing my baby on the show is crazy, but it makes me so happy. I’m so thankful for all of these moments that we get captured and for this platform we’re given. It is just such a blessing.”