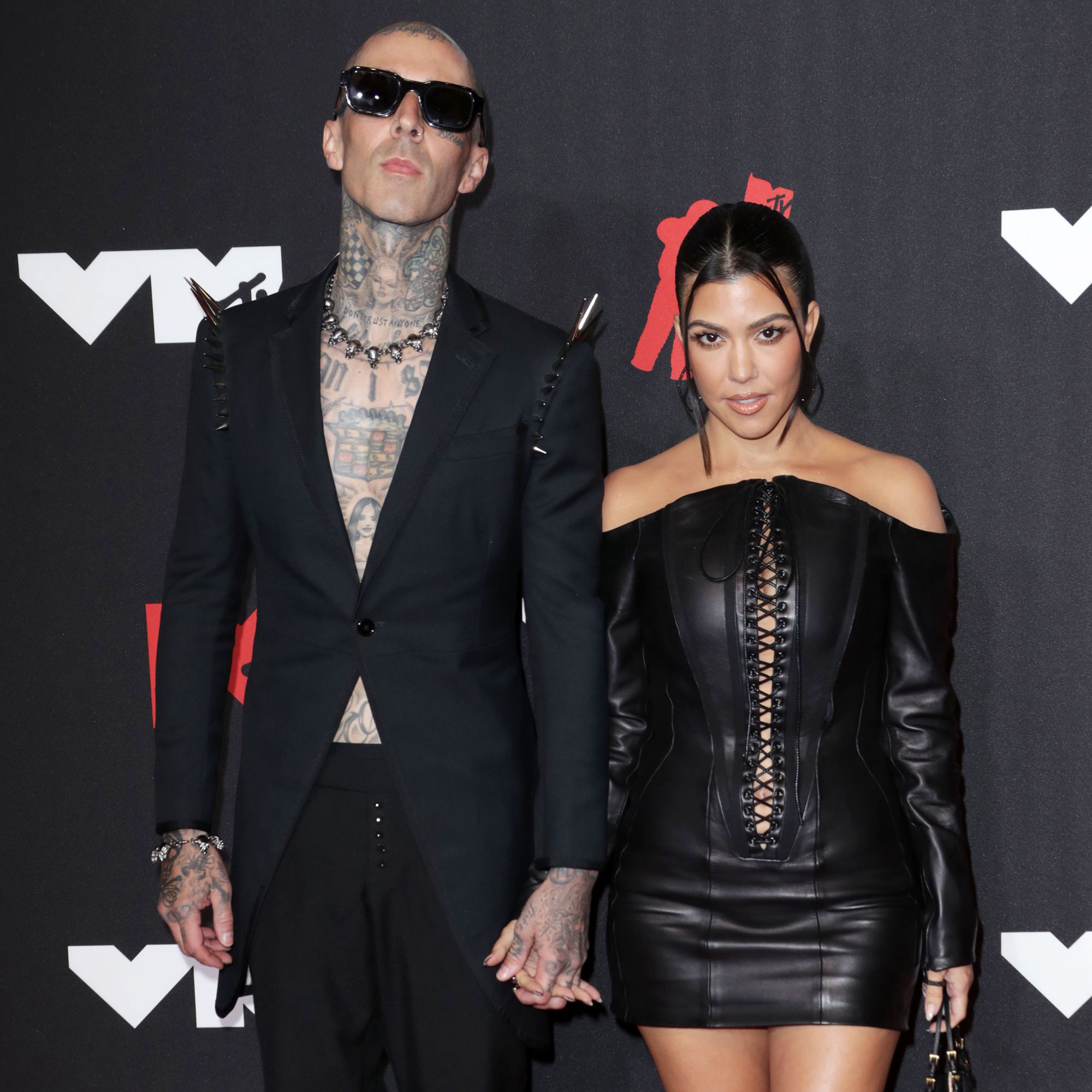 Kourtney Kardashian and Travis Barker Bond With Each Other’s Kids

The drummer’s youngest daughter, Alabama, 15, posted a Sunday, November 28, Instagram slideshow with the Poosh creator, 42, as well as her brother, Landon, 18, and her stepsister, Atiana, 22. Alabama captioned the social media upload with a lock and key emoji.

In the post, the Keeping Up With the Kardashians alum and her fiancé’s children posed in puffy black jackets. Barker, 46, joined them in front of the camera in one photo.

The reality star commented on the pictures with a heart emoji and shared them to her own Instagram Story. Atiana commented with a shooting star. 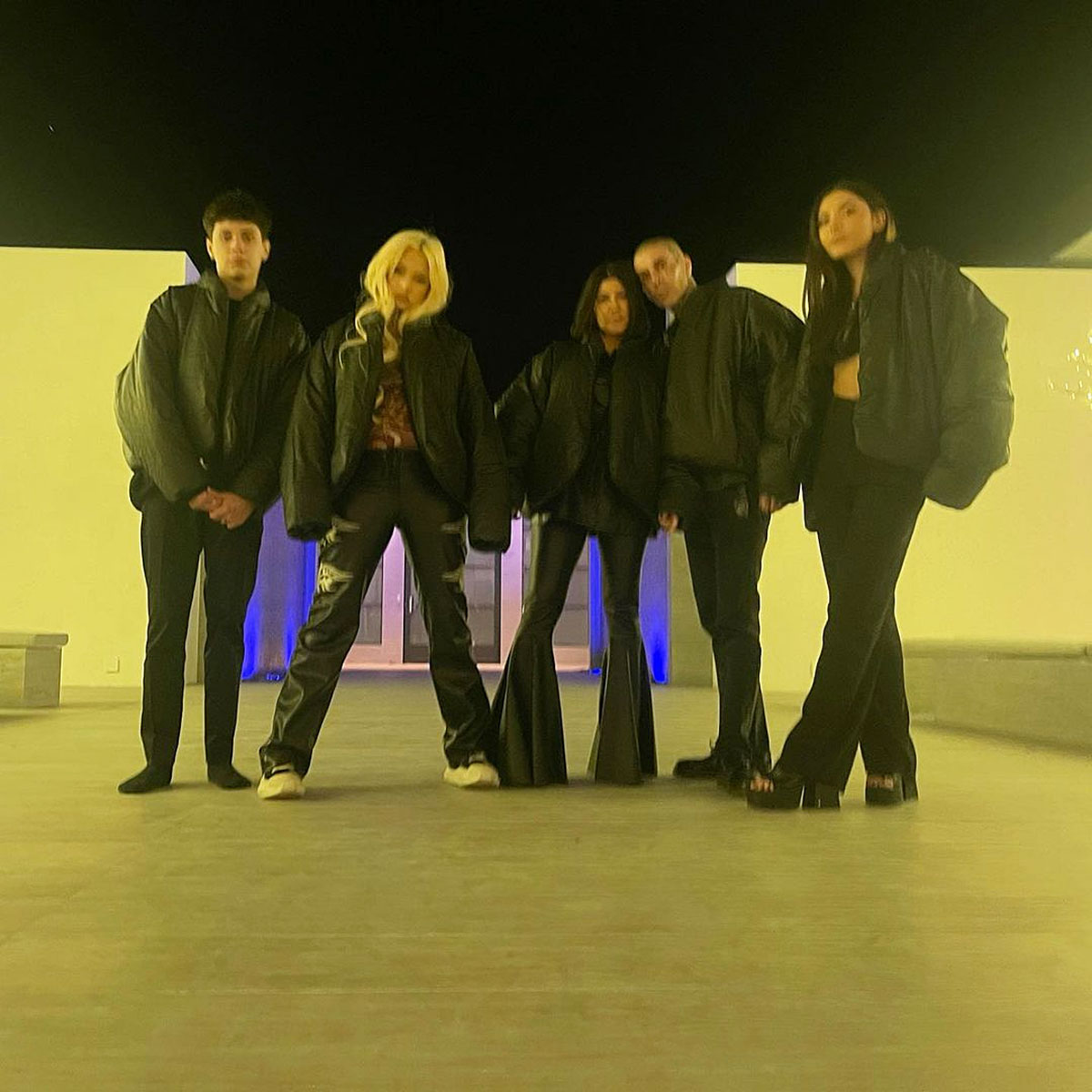 Kardashian has previously bonded with the Blink-182 member’s daughters on social media. The trio laughed on lounge chairs in a September upload while rocking white Poosh bathrobes poolside.

The University of Arizona grad got engaged to Barker in October, nine months after a source exclusively told Us Weekly that the pair had been dating “for a couple months.”

Not only has Kardashian shared many sweet moments with Atiana, Landon and Alabama, but the Grammy nominee has bonded with her and ex Scott Disick’s children as well. (Kardashian shares Mason, 11, Penelope, 9, and Reign, 6, with the Talentless creator, 38.)

The former couple have coparented since their 2015 split, but their relationship is “more strained than ever” amid Kardashian and the rocker’s romance. “Outside of coparenting, Scott and Kourtney’s relationship is nonexistent,” a source exclusively told Us in September. “He’s really just focused on being there for his kids and spending time with them, as well as focused on his brand and any opportunities that come his way.”

Another source told Us at the time: “What’s really got him riled up is the effect Travis and Kourtney’s relationship is having on his relationship with Kourtney.”

As for Barker’s coparenting dynamic with his ex-wife, Shanna Moakler, another insider told Us in July that they are at “rock bottom.”

Everything the Kardashian-Jenner Sisters Have Said About Coparenting

The former pageant queen, 46, exclusively explained to Us two months prior that there was a “wedge” in her bond with her kids, saying that there was “severe distance” between them.

“The Kardashians are buying my kids Prada every other day,” the Rhode Island native said at the time. “They’re going on lavish trips. They’re doing all these things.”