How does one say ‘Stan’ in Spanish? Selena Gomez just dropped the song and video ‘De Una Vez,’ her first Spanish-language song in two years, and it sounds inspired by Justin Bieber.

After a year of talk that Selena Gomez had a Spanish-language project in the works, the 28-year-old singer gave fans a reason to scream “me encanta” on Jan. 15. Selena released “De Una Vez,” her first song in Spanish since 2018’s “Taki Taki.” The song has Selena singing about a difficult past love that fans were convinced could be Justin Bieber, 26. “Ya no duele como antes, no/La herida de tu amor sanó,” she croons in the opening lyrics, translating to “It doesn’t hurt like before, no/The wound of your love healed.”

“De una vez por toda’/Soy más fuerte,” she then pronounces, translating to, “Once and for all’
I’m stronger alone.” The powerful message of the tune seemingly echoes the vibes of her back-to-back Rare singles, including her first-ever #1 “Lose You To Love Me” and “Look At Her Now.” Despite the troubles of the relationship she sings about on “De Unz Vez,” she sings about having no regrets about the past, saying her roof is now bulletproof (Or, “pero ahora este techo es antibalas,” in Spanish).

Spanish speaking fans immediately went to Twitter with their theories as others quickly translated the lyrics on Google. “Justin Bieber after translating DE UNA VEZ,” one fan wrote, including a .GIF of a guy crying as he puts down his phone. “I thought Selena singing in Spanish as a way to attract attention because she no longer have Justin to do so ! But I WAS WRONG ,Girlie still wrote the song about him HELP jghghghhgh,” another added. 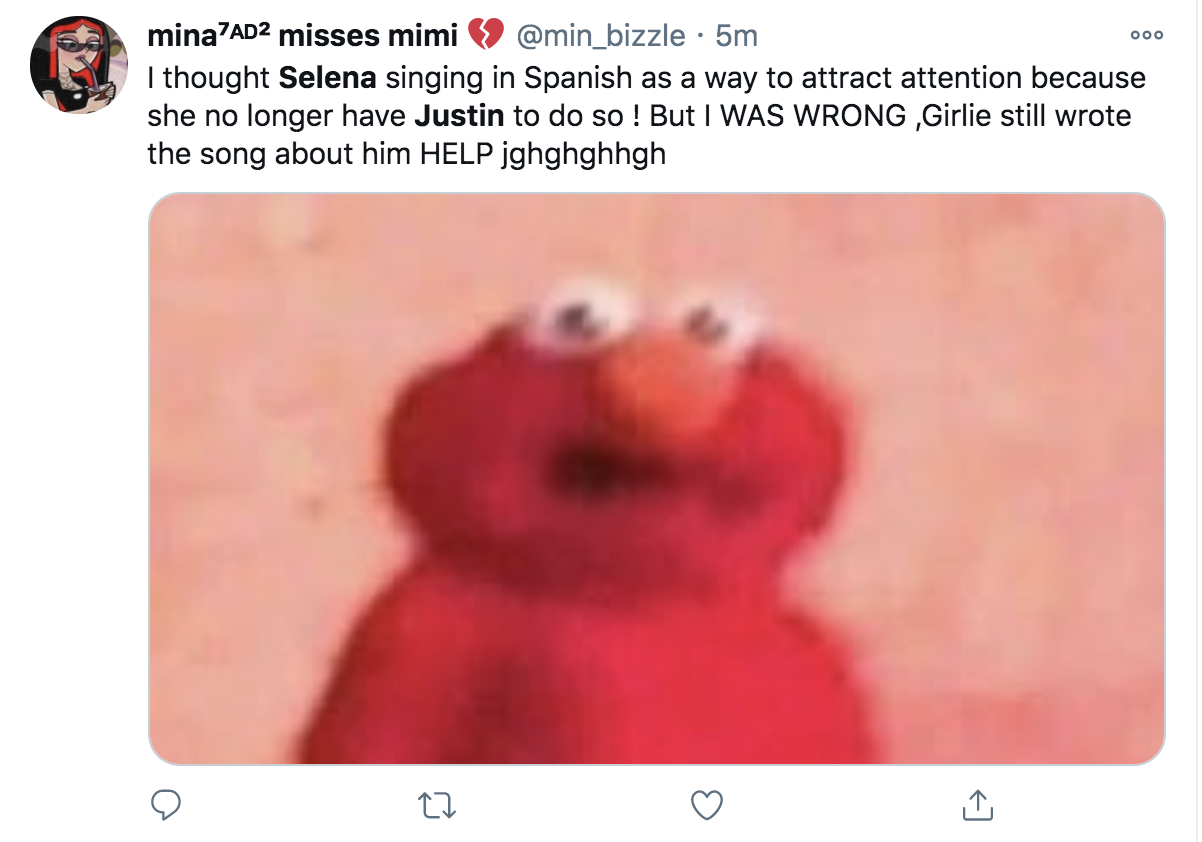 Selena stunned in the ’70s inspired video itself, wearing a midi-length floral dress adorned with a glowing pink heart. In the Los Pèrez directed clip, she makes her way through the green-carpeted house (which gave us serious Gucci vibes) as she makes her way from a bedroom, the kitchen and a living room. At one point, she leans against a wall-papered corner which begins to crumble and crack. Towards the end of the video, items — including a suitcase and guitar, perhaps belonging to the lover in question — fly through the broken roof of the house in a stormy fashion. A title screen in Spanish reads “dance with me” at the end.

There were rumblings that Selena had a Spanish-language project on the way when Selenators spotted promotional murals popping up in Mexico. In addition to “De Una Vez,” these murals included the phrase “Baila Conmigo,” which many Selenators speculate is either the name of a second song or could be the title of her Spanish-language album. Selena confirmed the arrival of “De Una Vez” on Jan. 14. “Esta Noche. Presave Ahora,” she tweeted, along with a picture of her in a flowery dress with an illuminated Immaculate Heart above her chest. 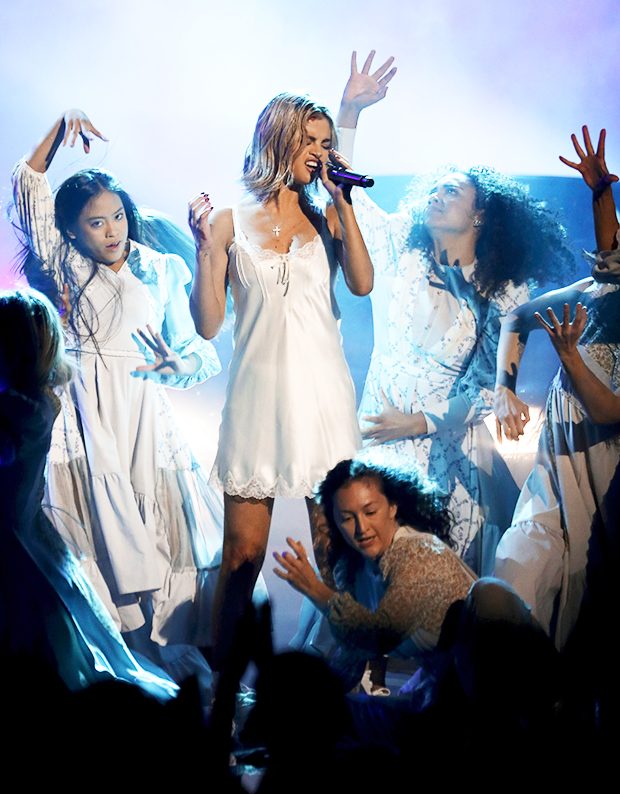 It seems this project has been in the works for a decade. Selenators uncovered a 2011 tweet from Selena that read, “Can’t wait for y’all to hear the Spanish record 😉 it’s sounding so cool.” Selena told Billboard in 2002 that she had “a whole little vessel of good things coming,” which could include a Spanish-Language project. As it is, she’s not unfamiliar with recording music in Spanish. She released “Un Año Sin Lluvia,” from Selena Gomez & The Scene’s 2010 album, A Year Without Rain. In 2018, she teamed with DJ Snake for “Taki Taki.”

Selena’s Spanish-language music comes after one of her most successful years yet. She scored her first Billboard Hot 100 No. 1 at the end of 2019 with the Justin Bieber-inspired “Lose You To Love Me.” The following album, Rare, became her third No. 1. With the COVID-19 pandemic scuttling any plans for touring, Selena spent the year focusing on non-music projects. She debuted her HBO Max cooking show, Selena + Chef. She also landed a starring role in Hulu’s upcoming series Only Murders in the Building. On top of that, she also launched her Rare Beauty line.

“There’s this bittersweet feeling, of course,” Selena told Billboard about Rare arriving right before COVID shut everything down. “I would much rather the world be in a better place. Yet at the same time, it was so beautiful to see that my music could hopefully bring some people some sort of joy in the midst of it.”