‘Sense8’ Is The Trans Fairy Tale I Desperately Needed In My Life. Here’s Why.

There’s a moment in Sense8 that has stuck with me for years. It’s a small moment, barely a scene, between Nomi, one of the eight main characters, and her girlfriend Amanita. They are on a hill, overlooking San Francisco, accompanied by all the mawkish elements of cinematic sentimentality: a picnic, a sunset, a slowly engaged kiss. Like so much of Sense8, what should be cheesy or contrived is somehow neither. It’s a beautiful, earnest moment between a trans woman and the love of her life, and they are both so happy I get emotional just describing it.

Sense8, the TV show that lasted for two seasons and movie at Netflix, is a beautiful, rainbow-colored flower of a thing. Sense8 has always been unabashedly queer and trans-positive, helmed by the most prominent trans directors of our time, Lana and Lily Wachowski. Sense8 stands apart from so much queer media, remaining firm in the belief that just because queer natives contain tragedy, that does not inherently make them tragic. When so much so-called prestige television is content to mumble in depression-soaked gray tones, Sense8 shouts, screams, sings —yes, even along with its own soundtrack — in one colorful location after another.

While Sense8 is not without its flaws, even those flaws help create the glorious, wildly entertaining, utterly human celebration that is the show. It’s a superhero show where the main power on display is pure empathy, where problems are solved not by destruction, but connection. It is not for everyone. But for those it is for, it is for them very much indeed. It’s a fairy tale disguised as a television show.

We, collectively, do not deserve Sense8. 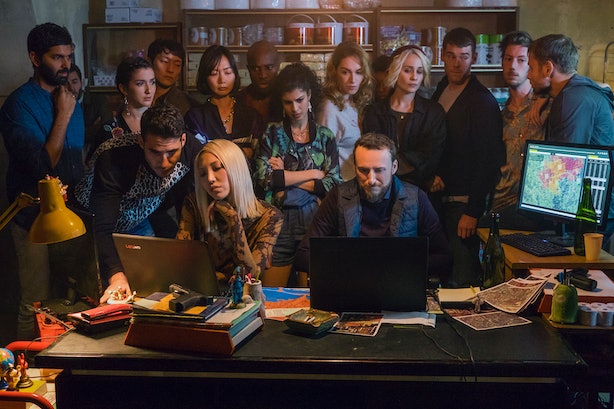 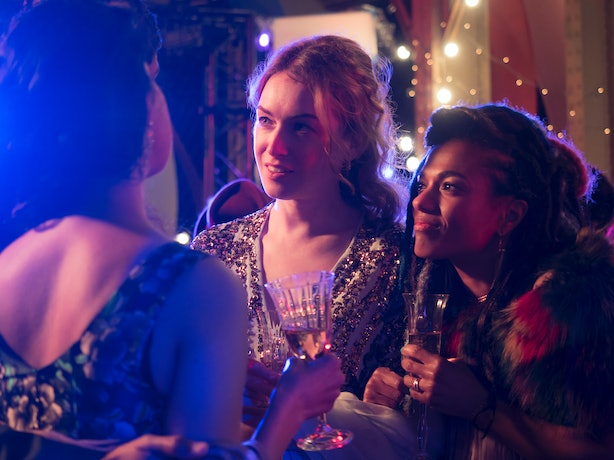 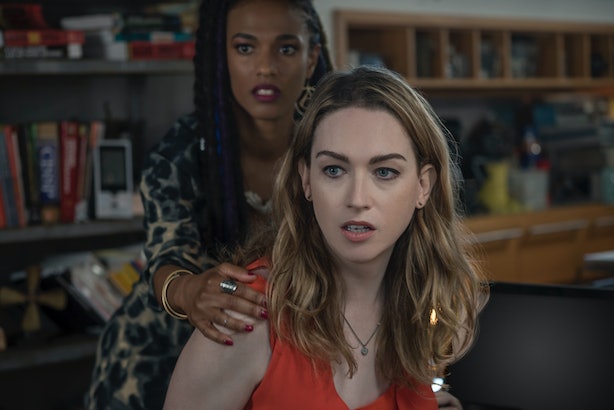 Netflix decided to end Sense8, the show we collectively do not deserve, after only two seasons. The Wachowskis had planned to do five. Thanks to fan outcry, Netflix granted us a movie-length finale that would tie up loose plot threads and give us, if not a satisfying ending, at least an ending.

And it does end. It’s not too much of a spoiler to say that the bad guys are stopped, the good guys win, and love triumphs. For all the finale’s the rush to get to the ending and all its contrived moments (including, hilariously, Chekov’s rocket-launcher), seeing our heroes save the day is remarkably cathartic. At a time when those in power are hell-bent on barring all queer and trans people from public restrooms, public facilities, public life, there’s something to be said about watching their fictional counterparts go down in flames. A small comfort, perhaps. One only a fairy tale can provide.

As a fairy tale, it’s only fitting that Sense8 ends with the wedding of Nomi and Amanita, and so it does. More than any other character, Nomi gets her goddamned happy ending, and we, the trans people in the audience, get ours. She gets married, surrounded by her friends and her new family; she gets the understanding of her parents; she gets the entire Eiffel Tower as the setting for a dance party. And so do we. It’s the only way it could end.

And we still don’t deserve it.