A part of the show’s legacy. While fans were shocked to learn of Mr. Big’s untimely death by Peloton bike during the first episode of And Just Like That, showrunner Michael Patrick King has reaffirmed his intentions to bring back Chris Noth for even a portion of the new series.

Cosmo Time! Where Every ‘SATC’ Character Is When ‘And Just Like That’ Begins

“If Chris wouldn’t do Big again, then we wouldn’t have come back,” King, 67, told Us Weekly and other reporters on Friday, December 10. “I wouldn’t have done it without him because that story line affects the entire series.”

While the 67-year-old Equalizer alum’s character suffered a heart attack after a particularly high-impact Peloton ride in the first episode, much of the second episode dealt with Carrie Bradshaw’s (Sarah Jessica Parker) grief and funeral preparations. 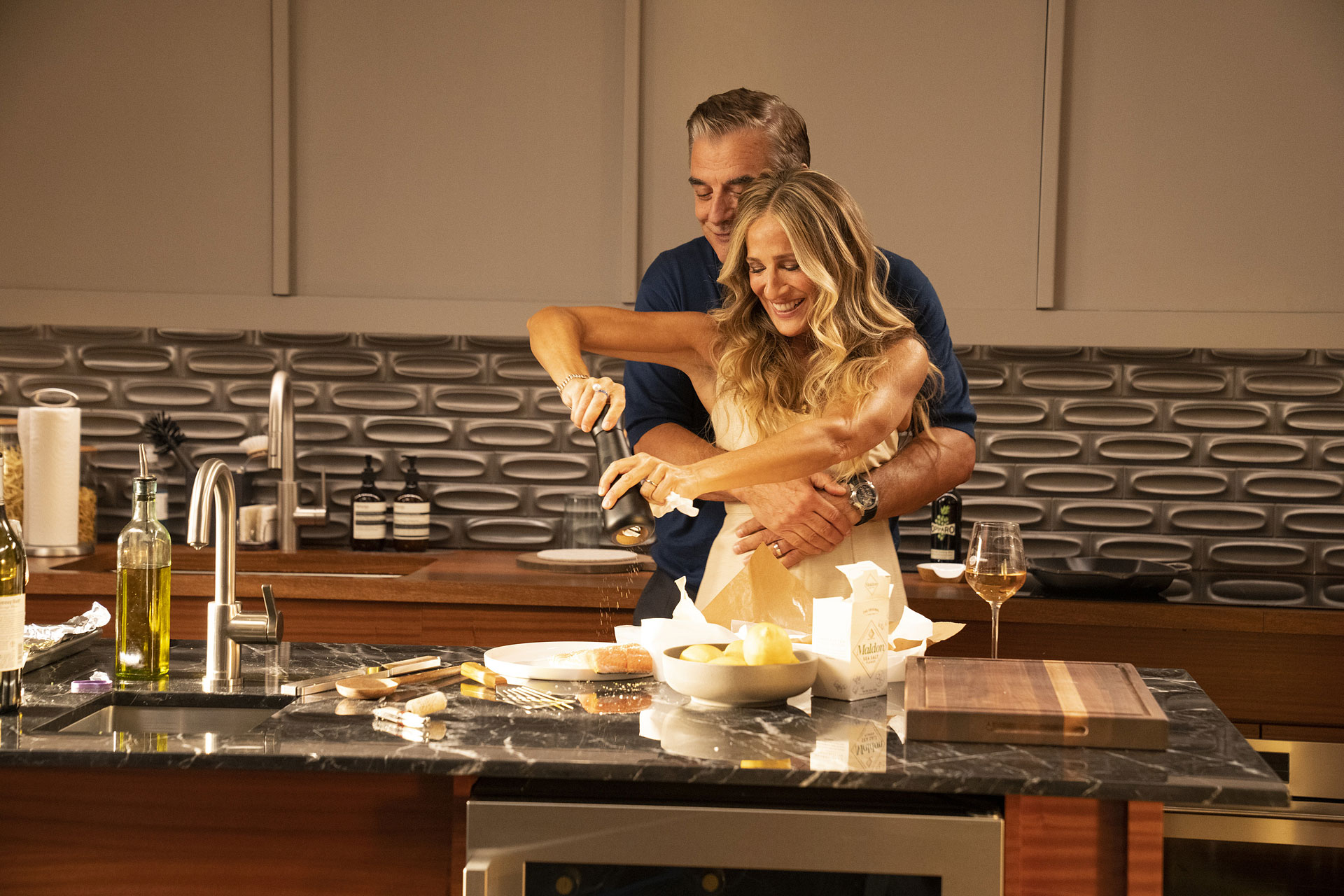 “All the characters are affected by [the death] and it creates a giant hole, as Miranda says in her eulogy,” King added of Noth’s return to the legendary role. “First of all, Chris has an incredible love-hate relationship with Mr. Big. I’ve been with him when 35 people have chased him down the street screaming, ‘Mr. Big!’ I get it. It’s a lot to take on. So at first, he was hesitant, and then someone is like, ‘Do you want to join the show again and die?’ He said, ‘Of course, no.’”

‘GoT’! ‘You’! Relive the Most Shocking TV Deaths of All Time

The AJ and the Queen creator even noted that Noth was “really pleased” with their collaboration.

“We’re both very happy with the daring choice to have Mr. Big come back and go, so much so that he even put on a suit and came to the funeral when we were taping,” King explained at the time. “And I wrote a fake scene, so he and Sarah Jessica put on costumes. He said to me, ‘You really want me to put a face of makeup on and come down and shoot a fictional scene at my funeral?’ I go, ‘Yeah,’ because I really wanted the audience to be as surprised as possible before we did it. And that was one of the red herrings that we threw into the mix. He’s great. And he’s great in the show. I mean, if you’re going to die that’s the episode to die in.”

During the Thursday, December 9, premiere episode of the HBO Max series, the investment banker is seen riding his stationary bike while the rest of the Sex and the City cast attended Lily York-Goldenblatt’s (Cathy Ang) piano recital, as invited by her mother, Charlotte York (Kristin Davis). As Big finished his workout, he suddenly collapsed while walking to the shower, grabbing his left arm in pain. After the recital, the 56-year-old Hocus Pocus star’s character returned home to find her spouse unconscious on the ground before explaining, “And just like that, Big died.”

‘Sex and the City’ Men: Where Are They Now?

After Big’s Peloton-related death caused a stir among devoted fans, the exercise company shared a statement about its product.

“I’m sure SATC fans, like me, are saddened by the news that Mr. Big dies of a heart attack. Mr. Big lived what many would call an extravagant lifestyle — including cocktails, cigars, and big steaks — and was at serious risk as he had a previous cardiac event in Season 6,” the company explained via a statement from Dr. Suzanne Steinbaum. “These lifestyle choices and perhaps even his family history, which often is a significant factor, were the likely cause of his death. Riding his Peloton bike may have even helped delay his cardiac event.”

New episodes of And Just Like That premiere on HBO Max every Thursday.