‘It is my CHOICE’: Sex workers proudly speak out to defend their jobs, sharing candid truths about what their work is REALLY like, while hitting out at those who insist they’re all just ‘stupid sluts’

Sex workers have shared intimate details about their jobs and how they feel about their chosen careers.

In an interview with sexiologist Shelby Sells for Paper Magazine, seven sex workers opened up about how they got into their profession and where they find their clientele. 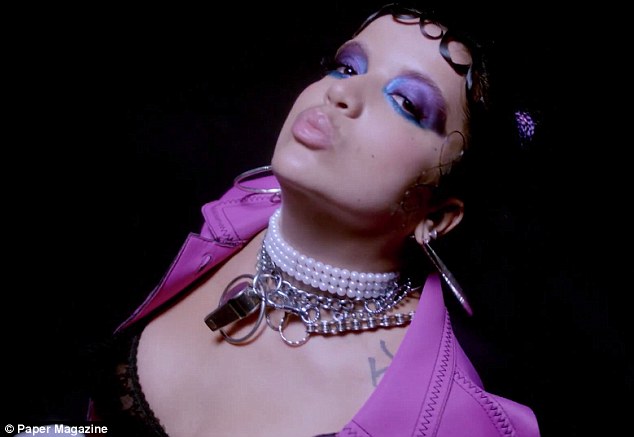 Outspoken: Pauli Cakes is a performer who first started sex work at 15 years old and wants people to understand the profession is not geared toward one stereotype 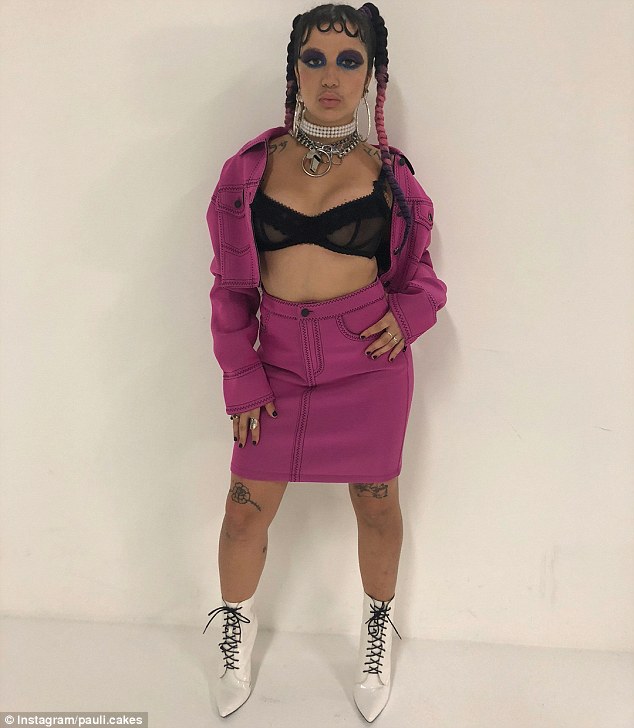 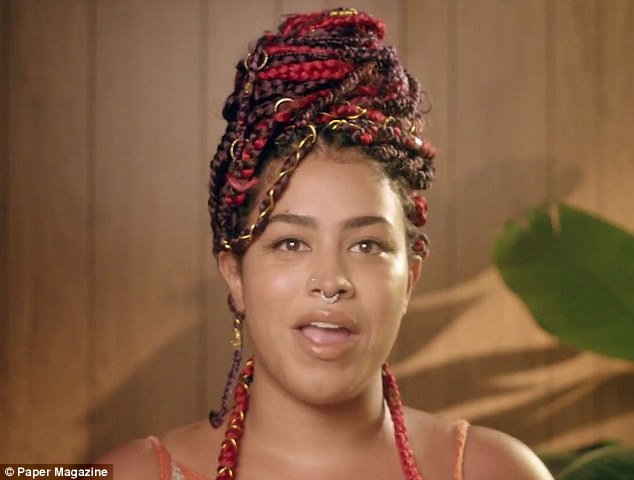 Taking back power: Karmenife, who works as a dominantrix, found herself in the profession after she was raped her freshman year of college 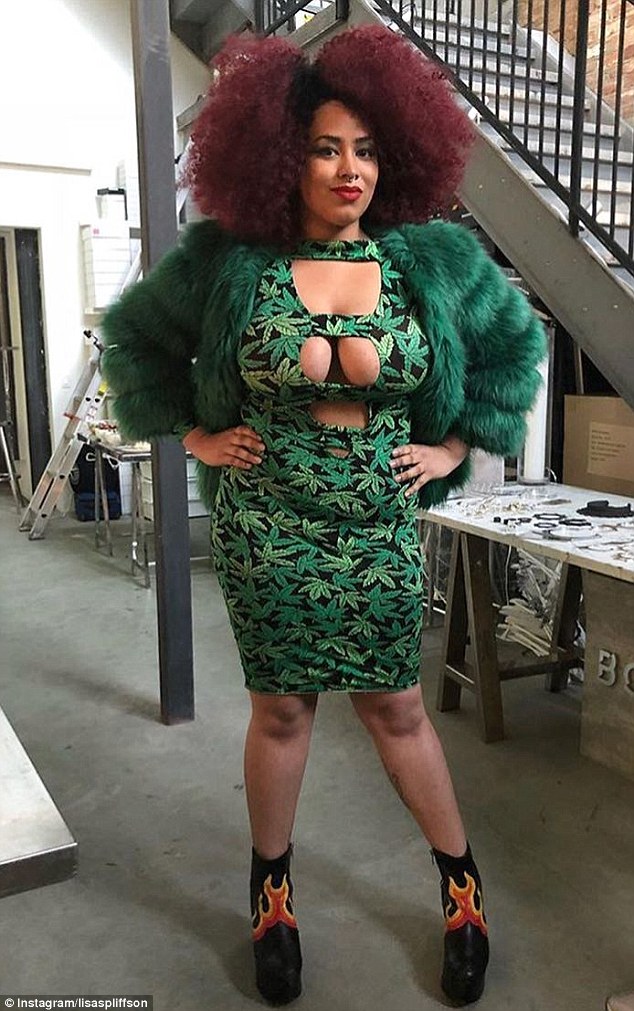 Stunning: In an interview, Karmenife said becoming a dominantrix helped her overcome the assault she experienced by being in control during sex 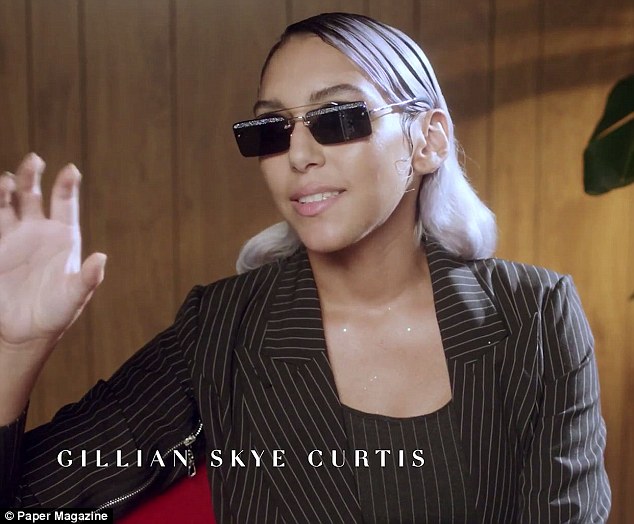 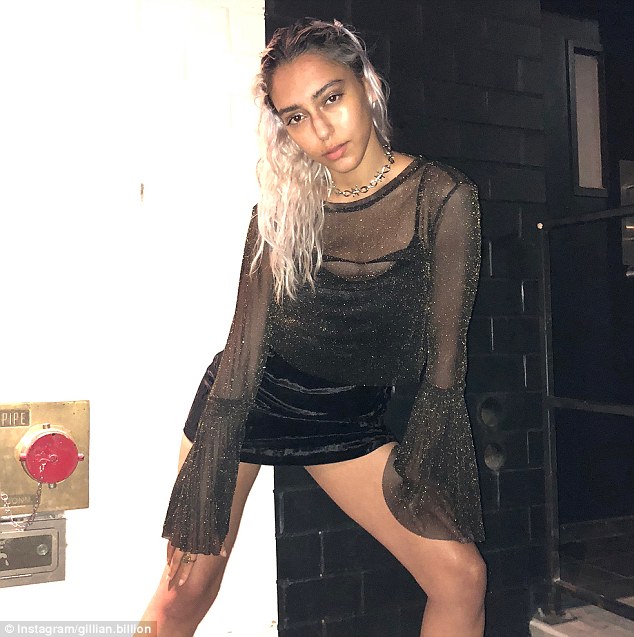 Self-fulfilled: Gillian said she was made for the job because she already has a dominating personality

Pauli Cakes is a performer who first started in the sex industry at the young age of 15, after earning a job working at different bars in New Jersey.

The employers would pay Pauli and other women to convince men to buy them drinks at the bar. The more drinks that were bought for them, the more money they earned.

‘I never had an open dialogue about sex work, but that was kind of my foot in the door for selling my sexuality and getting paid by clients,’ Pauli said.

After working in a range of professions within sex work, Pauli wants people to understand that it can’t be stereotyped towards specific people.

An inability to see past stereotypes can cause harm to the sex workers, Pauli warned. 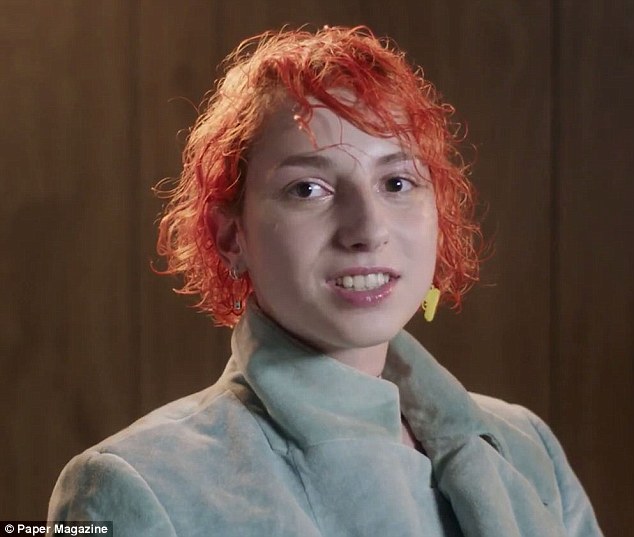 Branching out: AJ Saunders uses the internet to promote her own sex work. She sells her underwear and works as an online girlfriend for people 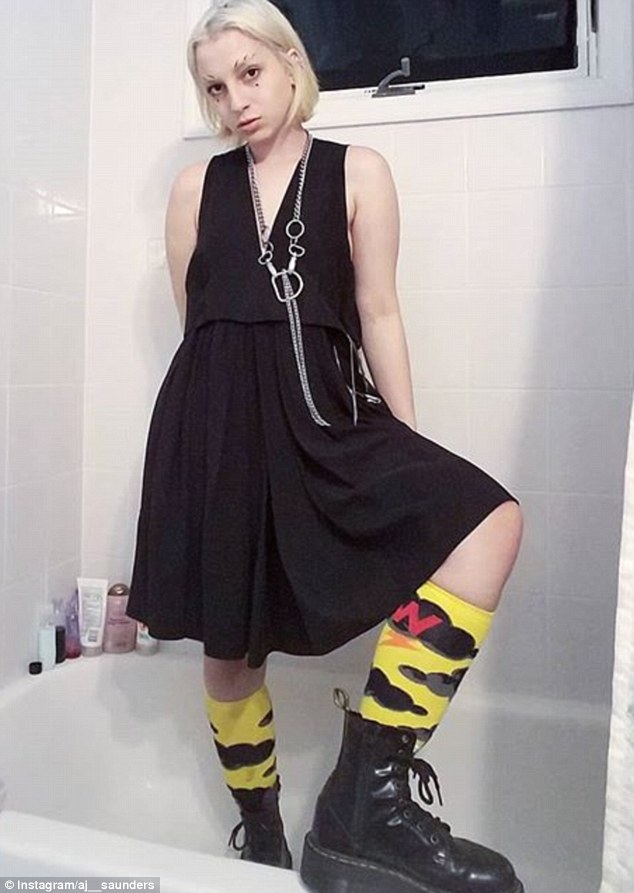 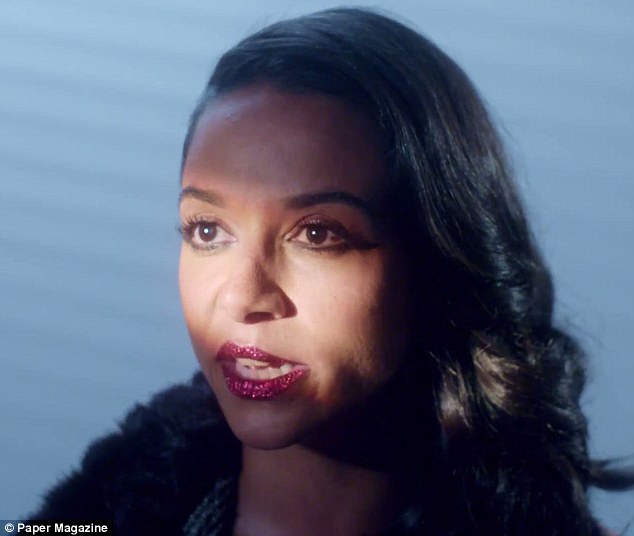 Empowered: Sex work does not always entail intercourse. Michelle Hope works as an educator to help empower others through embracing sex and sexuality 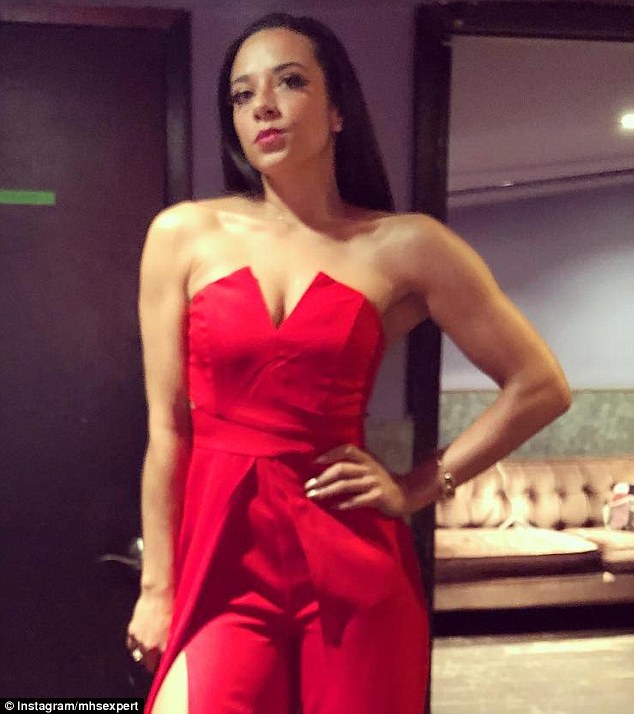 Educational: ‘I help people reach the safest, most gratifying sexual experiences they can in the healthiest way possible,’ Michelle said

‘I had never felt so powerful and beautiful, and to feel that in a space where I had been ripped apart was beyond empowering,’ Karemife said.

‘I hate when people say that I’m doing this because I’m stupid and that I’m a slut,’ Karmenife said.

‘It always makes me laugh because at the end of the day, we’re all sluts because we’re all getting f**ked by capitalism.’

‘People use their looks all the time, really, so… I mean it’s really all a matter of choice,’ she said.

Since the launch of the Internet, sex work has expanded to include a larger base for clientele and the services people can offer.

AJ Saunders sells her underwear online as well as chats with people through websites as an ‘online girlfriend sexting companionship’.

‘It’s kind of nice because it’s still offering the same service but to different people it means different things,’ she told the magazine.

‘The internet offers so many clientele opportunities because of all the outlets there are for sex work online.’

Sex work doesn’t mean someone is having intercourse with clients. Instead it includes a range of professions, such as becoming a sexologist or sex educator. 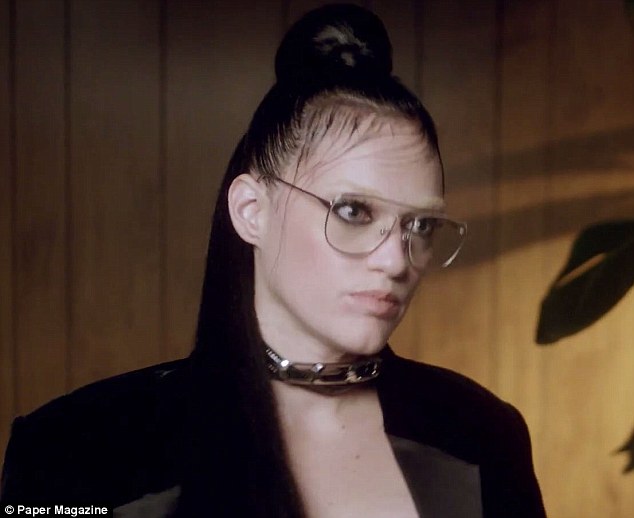 Confident: Lindsey Dye utilized the internet to become a webcam model for people 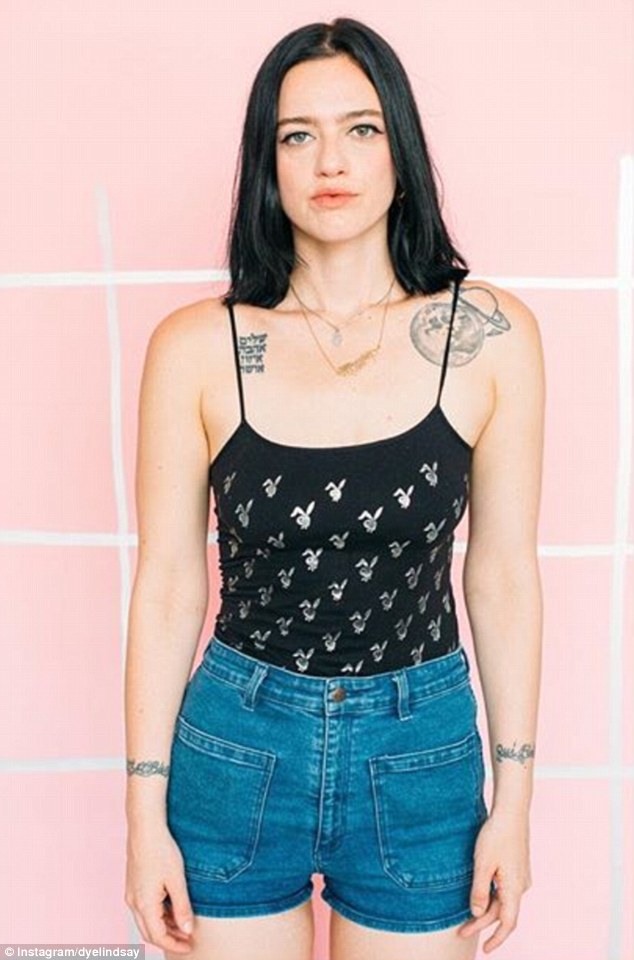 Helpful: She said the experience has helped her get to know her body better and become more confident 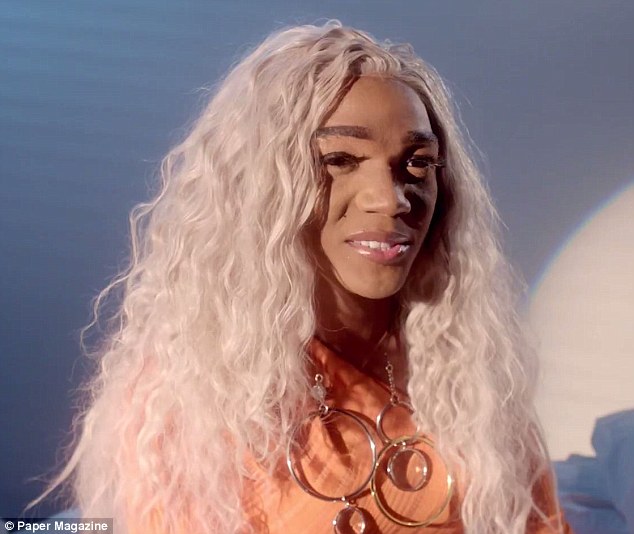 Diverse: Radical Pomm understands how to understand the clients and offer an experience that is unique to them Unique: Radical said diversity is very much in demand in the field of being a sugar baby or escort

Michelle Hope’s passion to become a sex educator stemmed from the assault she experienced as a teenager. To overcome the assault, she needed resources that would help her understand why it happened.

Now, Michelle has become one of those resources.

‘I help people reach the safest, most gratifying sexual experiences they can in the healthiest way possible,’ Michelle said.

She uses her platform to help people understand the role sex plays into our society and how people can use their own skills safely.

‘I think the best thing for our society to do to support individuals who choose to do sex work is to recognize that sex work is vastly larger than what it seems,’ she said.

Lindsay Dye has transformed stripping to work well online with the help of a webcam.

‘I have always idolized strippers and I was looking for a job where I could be a stripper, but with distance from other humans, and that’s what webcam modeling offered me,’ she said.’

With the help of the webcam, she has grown to appreciate all the angles of her body and gain confidence through her work.

The final sex worker, Radical Pomm, has a knack for understanding what the clients want and what makes the services so unique from other people.

‘I am a fantasy — the hair, the prettiness, my ethnicity — that is very demanded right now in the sugar baby/escort sex world,’ Radical said.