Sharna Burgess: I was on birth control when I got pregnant

Sharna Burgess is having a baby boy with Brian Austin Green

Sharna Burgess was filled with tears of joy when she and boyfriend Brian Austin Green found out they were having a baby.

“I can’t watch this without crying. It’s the handshake between Bri and my Dad that gets me every time,” the “Dancing With the Stars” pro gushed in the caption for an emotional video shared to Instagram on Monday.

“Can a heart be broken and full at the same time about the same moment? Mine feels that way.”

In the video, Burgess, 36, showed footage of the positive pregnancy test she took in October 2021, as well as a clip of her and Green, 48, heading to the hospital looking overjoyed.

She also shared her first bump pic and a snap of the pair looking at her sonogram, with the message, “It wasn’t planned but the timing couldn’t have been more perfect.” 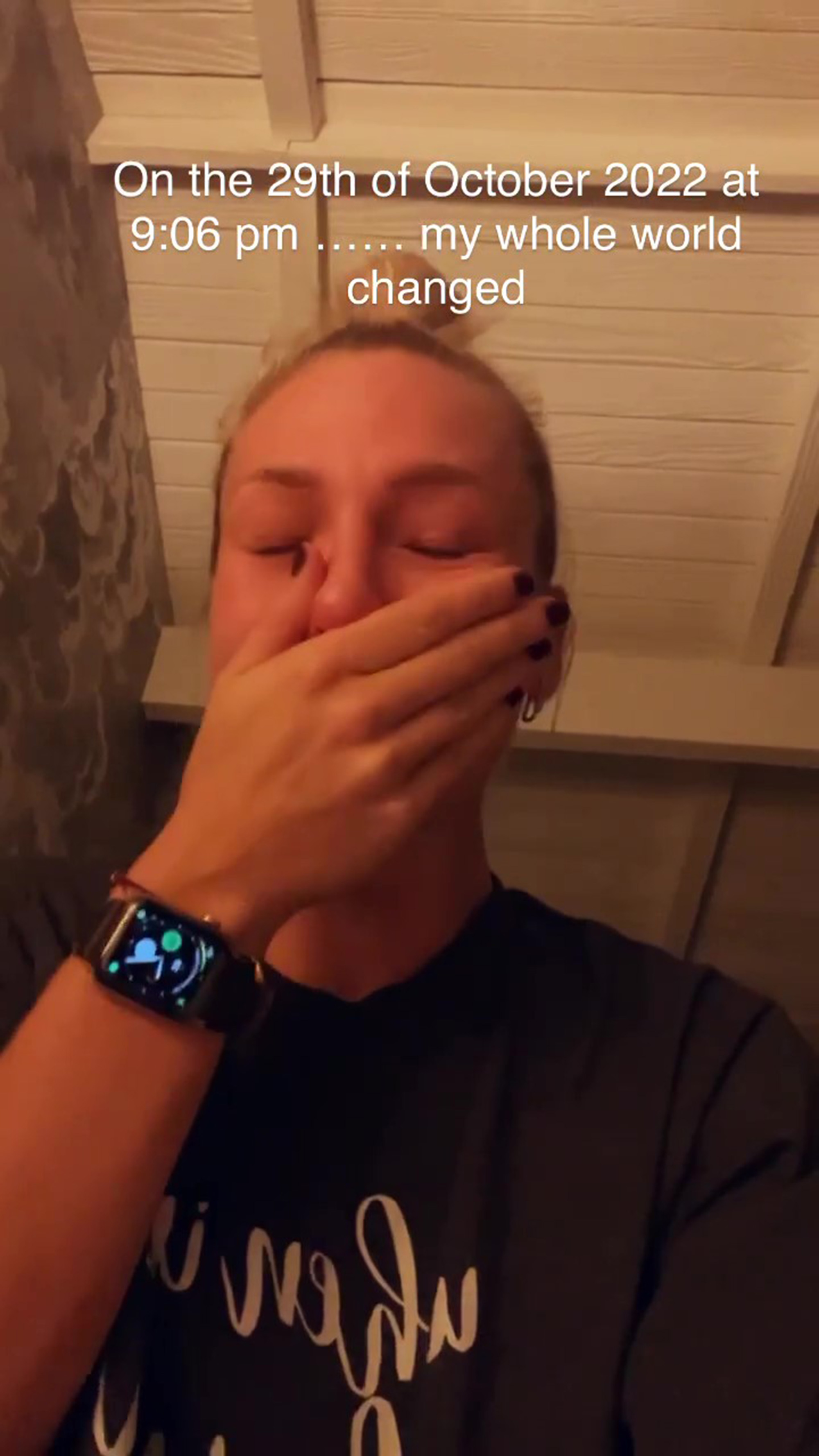 In another clip, Burgess showed her father, Ray (who died in January), shaking hands with Green as they told him he was going to be a grandpa.

“He hugged us both and said, ‘That’s magic,’” Burgess recalled. “He passed away only a month later, and some part of me thinks he was holding on to see that I was OK. That I am safe and loved and truly happy.”

The clip also featured footage of Burgess’ mom, Lucy, finding out the news, where she hilariously yelled the F-word before giving the pair a hug. 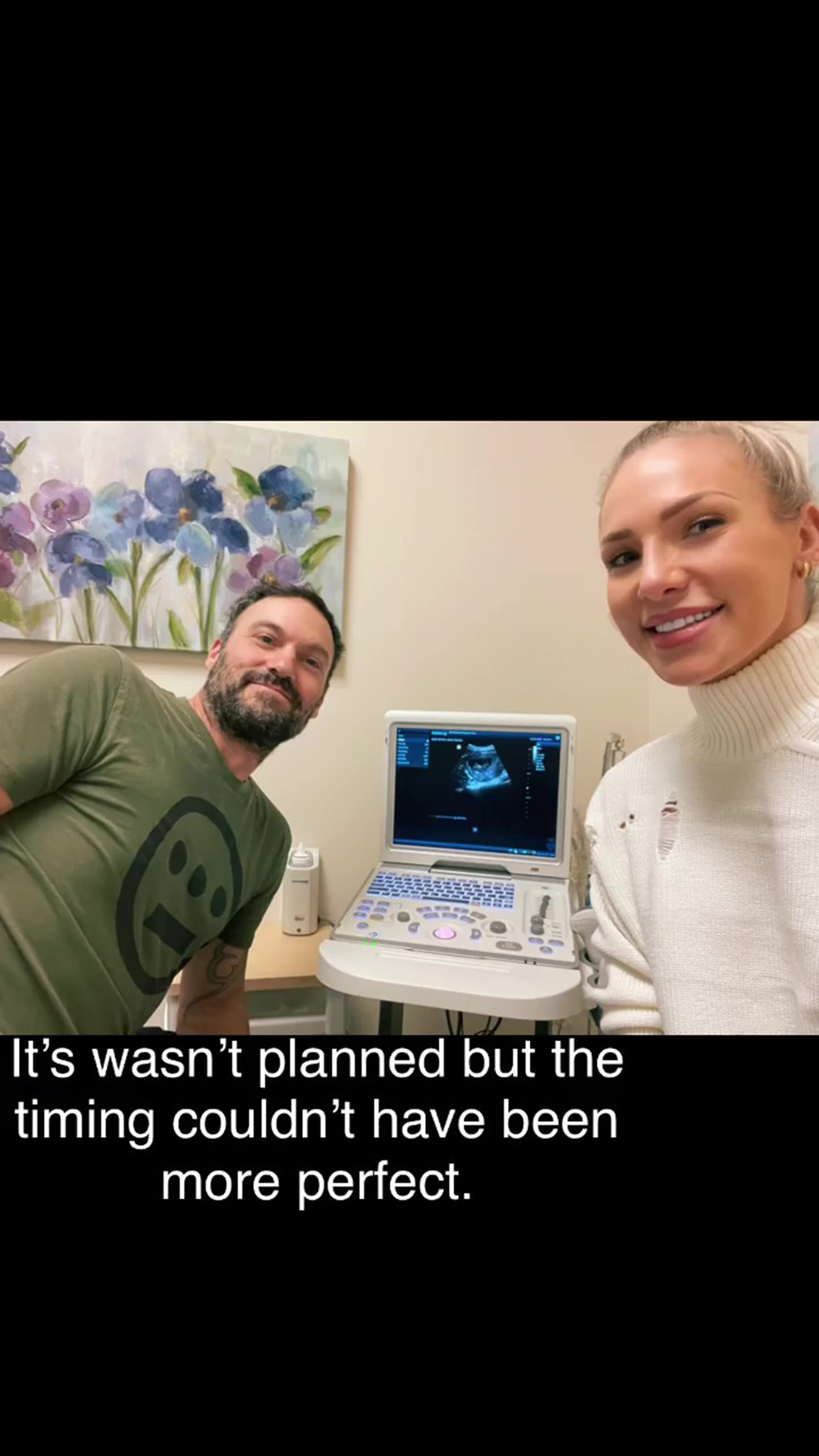 “Three months to go until I step into the role of Parent. I have no idea what I’m doing but I’m surrounded by people that do,” Burgess captioned the post.

“People I love and trust deeply. And, I trust my own instincts and nurturing nature. I know I’m meant for this. I’m meant for him 💕🥜.”

Burgess and Green revealed the exciting news that they were expecting a child together in February. Days later, they announced they would be having a son. 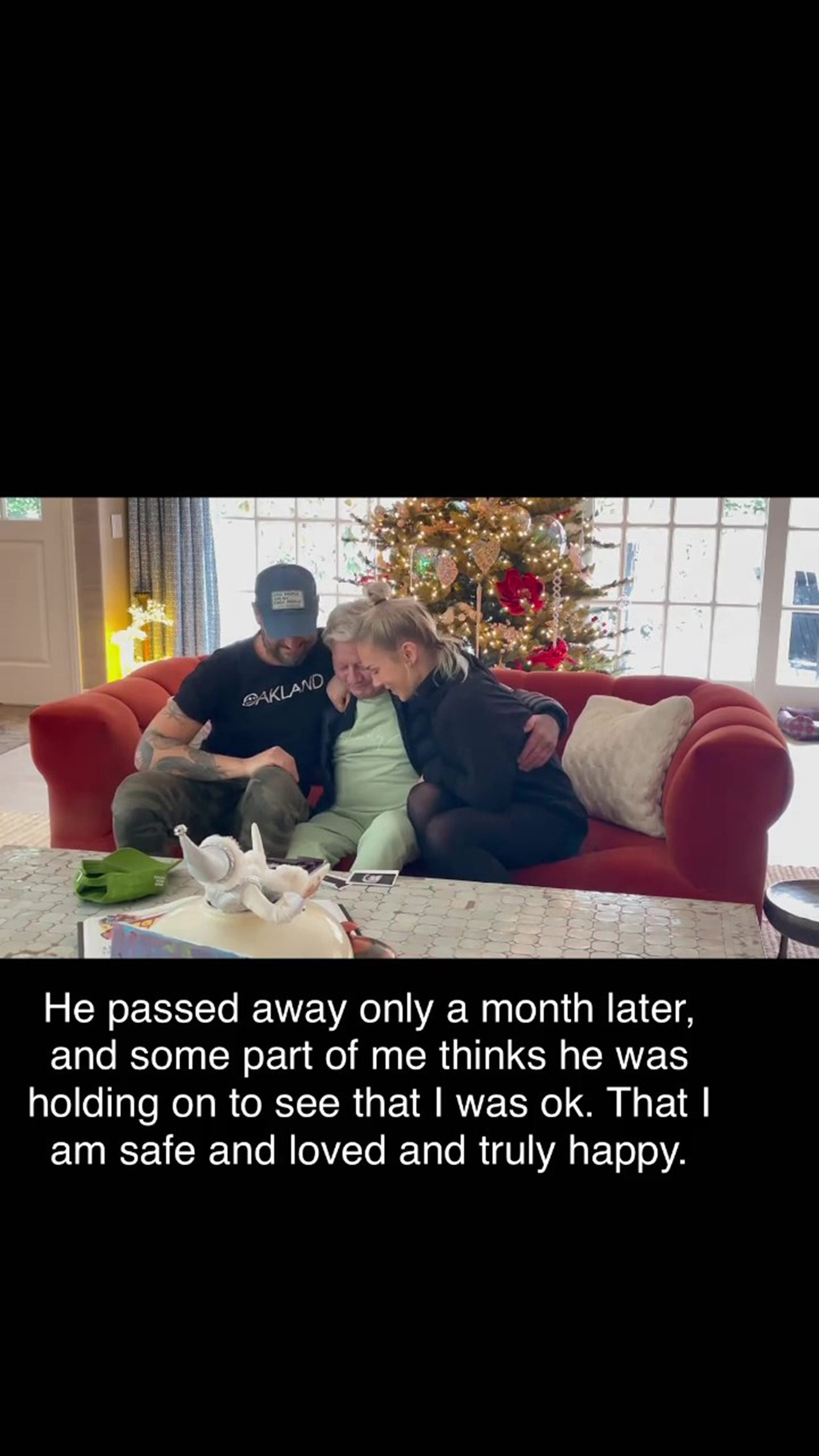 Last week, Burgess admitted that her pregnancy was a total surprise as she got pregnant while on birth control.

She and Green have been dating since December 2020 and went Instagram-official in January 2021. 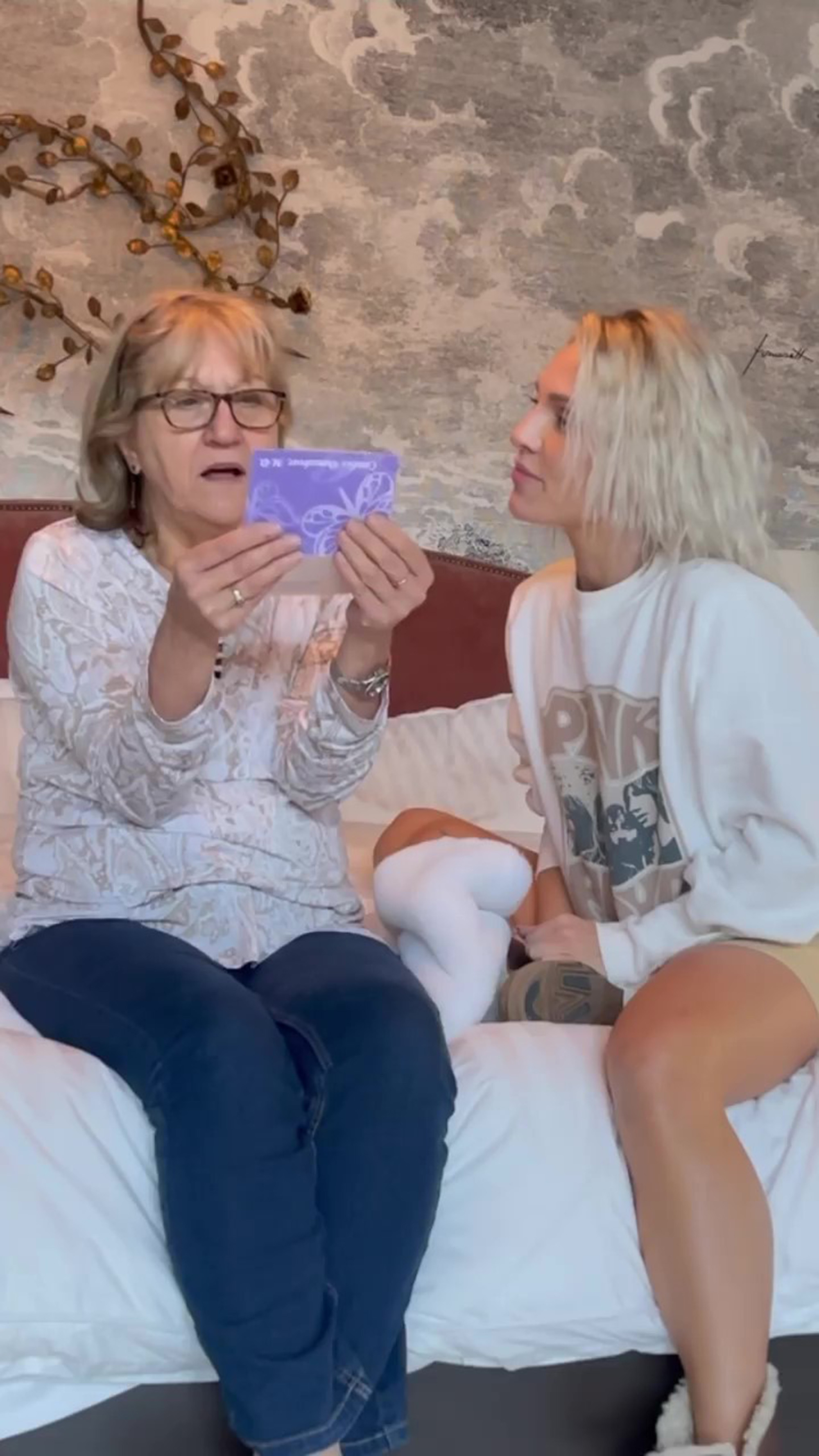 While this will be Burgess’ first child, Green is already a father to four children. He shares three boys – Journey River, 5, Bodhi Ransom, 8, and Noah Shannon, 9 – with ex-wife Megan Fox, and Kassius, 20, with ex-girlfriend Vanessa Marcil.

Green and Fox, 35, confirmed their separation in May 2020. She then filed for divorce that November and has since moved on with Machine Gun Kelly, 31.