Shoppers are going wild over Holly Willougby’s sequin frock from M&S, which looks set to be a big hit this Christmas party season.

The High Street retailer has unveiled its new Sparkly Long Sleeve Bodycon Dress, priced at £55, which is already flying off shelves.

A photograph of brand ambassador Holly, 37, wearing the sequin mini dress, shared on the M&S Instagram page today, sparked a series of gushing comments from fans.

While the bodycon is not officially part of Holly’s ‘must-have’ range, it certainly seems to have the This Morning presenter’s seal of approval. 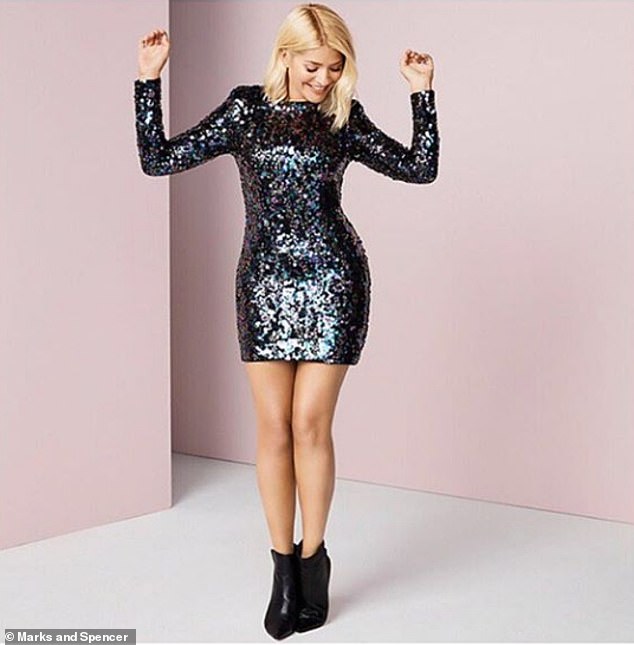 Shoppers have been going wild over Holly Willougby’s sequin frock from M&S (above), which is priced at £55

Another shopper added ‘oh my life! I NEED IT!’, while one declared ‘omg it’s perfect’.

The sequin dress, which is already sold out in some sizes online, is described by M&S as  ‘the perfect excuse to add some sparkle and sequins to your wardrobe’.

The retailer added that dress is ‘super flattering’ and ‘sure to wow your loved ones’ over the Christmas period. 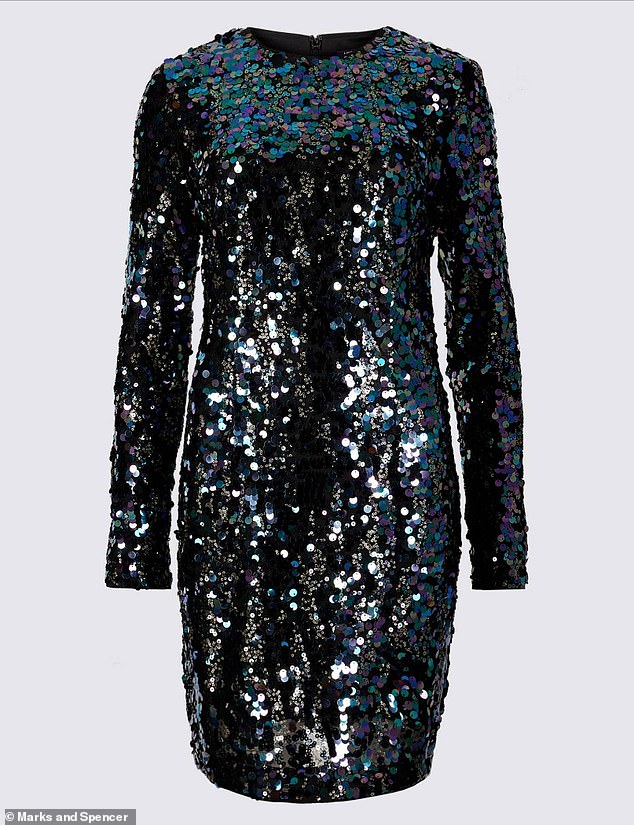 The Sparkly Long Sleeve Bodycon Dress (pictured above), priced at £55, is already sold out in a number of sizes online 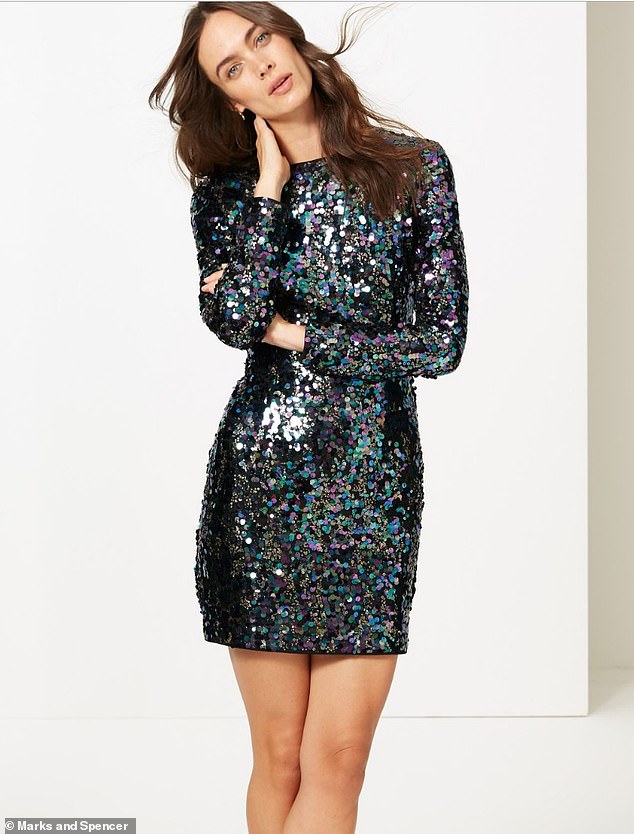 The excitement over the sparkly frock modelled by Holly comes after the presenter’s starring role in M&S’s Christmas advert this year.

The advert begins with Holly, 37 – dressed in a yellow pom-pom jumper and tartan mini skirt – clambering beneath a Christmas tree to plug the fairy lights in.

In another scene, she is seen at the bus-stop with a nurse and pantomime dame who compliments her on her purple coat – to which Holly whispers ‘M&S’. 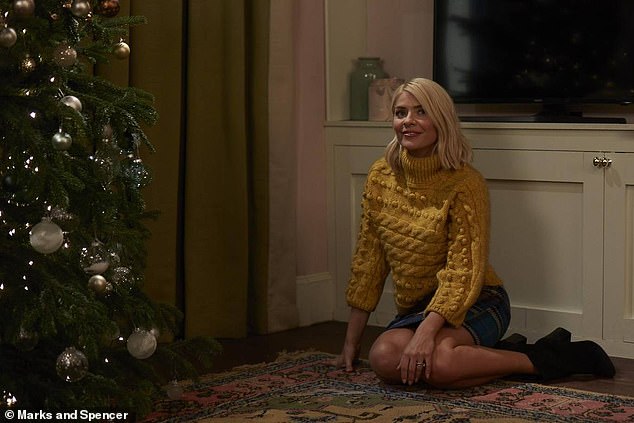 The release of the dress comes after Holly appeared in M&S’s Christmas advert this year, showing off a cosy yellow pom-pom jumper and tartan mini skirt 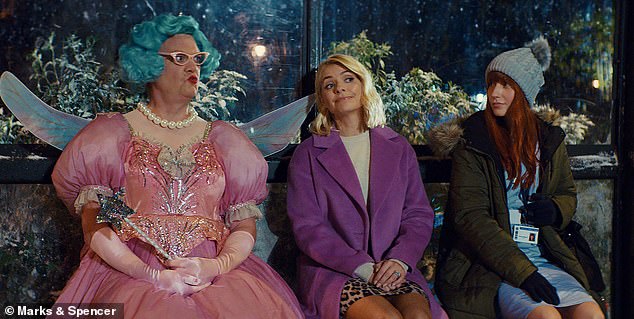 In another scene from the advert, Holly is seen showing off her purple coat as she waits at a bus stop with a nurse and a pantomime dame

The mother-of-three selected 25 pieces from the retailer’s winter collection, including a £59 checked dress, a £35 faux leather skirt, and a very on-trend camel coat priced at £69.

The biggest hit from the collection appeared to be the brown tiger print midi dress, which quickly sold out in the shorter length.

Holly’s winter collection came just one month after her sought-after Autumn edit went on sale, with the ‘must have pieces’ selected by the This Morning presenter as part of her new role as M&S brand ambassador.

Holly and her stylist Angie Smith are known for favouring clothes from high street chains and the star’s fashion choices have huge influence among millions of followers on social media.

Speaking to FEMAIL, branding expert Chris Ogle previously estimated the deal with M&S could be worth anywhere between £500,000 and £700,000 for Holly, while PR expert Claire Shiels reasoned it could bring in as much as £950,000.