Snaps reveal the weirdest things shoppers have seen at the supermarket

The weekly shop isn’t always boring! Hilarious snaps reveal the WEIRDEST things customers have seen at the supermarket (including thieves who disguised stolen meat as a BABY)

A trip to the supermarket is often a boring chore that takes time out of your precious day.

But these shoppers were very glad they made the effort to buy their groceries after seeing some hilarious and very strange sights.

From an adorable elderly couple riding on a trolley in the car park to thieves who tried to disguise stolen meat as a baby in a stroller, these snaps collated by Bored Panda are of the funniest things people have ever seen at the supermarket.

And they will make you want to visit the store much more often than you do now. 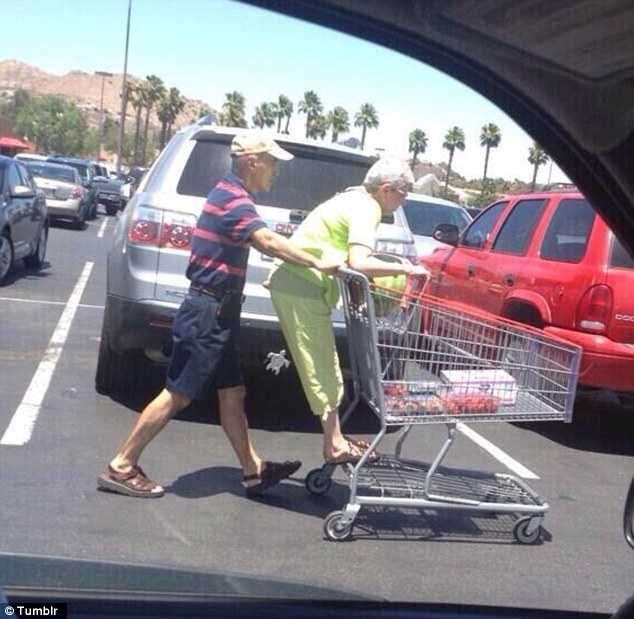 Could they be any cuter? This elderly couple decided to have some fun at the supermarket with the woman riding the shopping trolley, just like children love to do 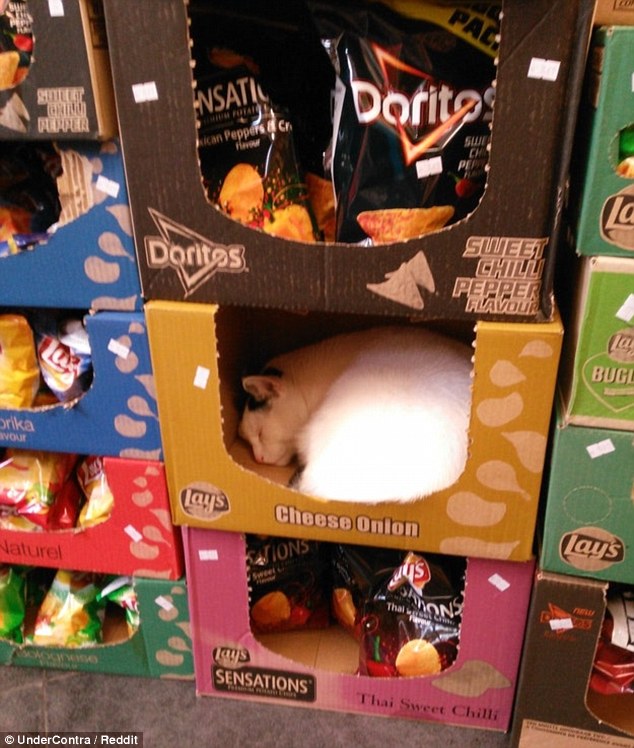 That’s a strange looking snack! This cat managed to sneak into a supermarket and go to sleep in an empty cardboard box designed to store Lays Cheese Onion chips 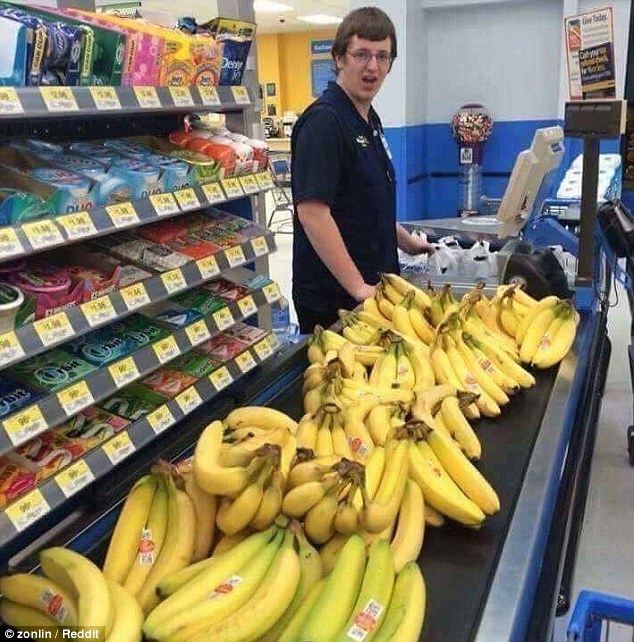 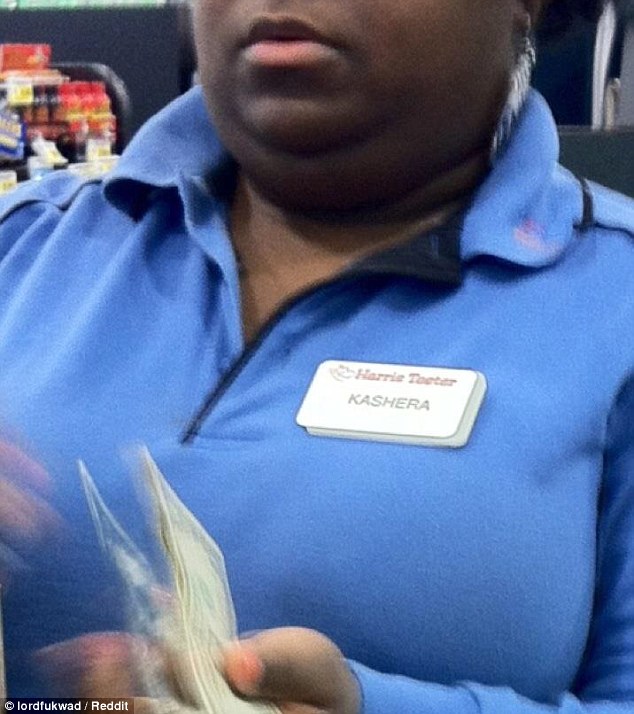 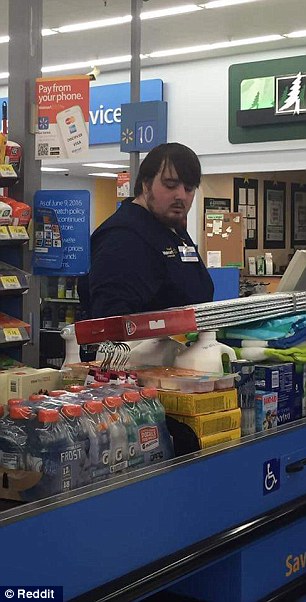 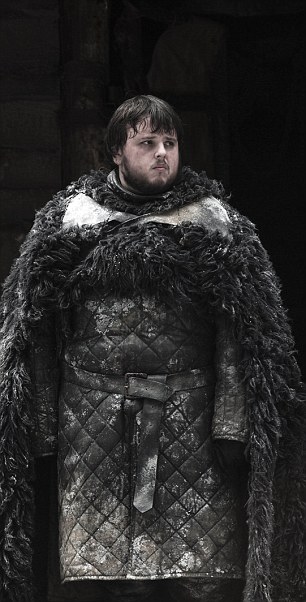 Things didn’t work out at the Citadel, then? A shopper spied a cashier at this Walmart store who looks uncannily like Samwell Tarly from the hit HBO series Game of Thrones (right) 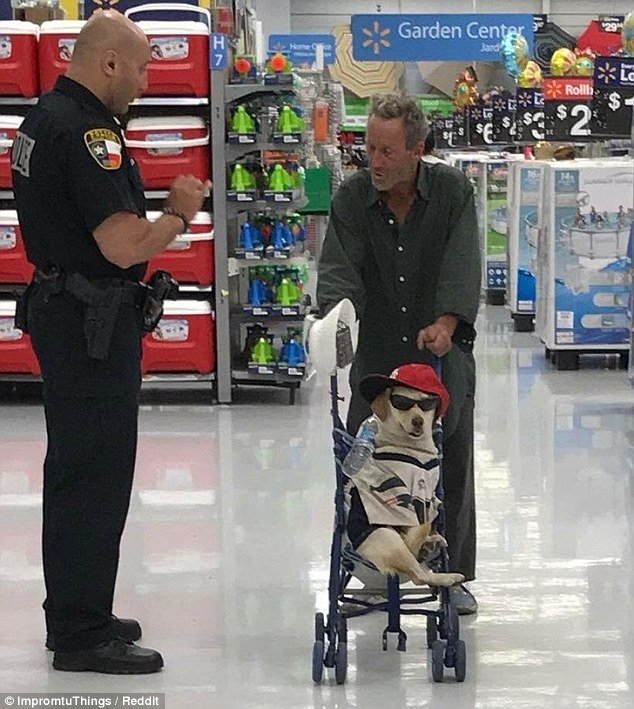 This security guard couldn’t believe his eyes when he saw a shopper push around a very fly-looking dog wearing sunglasses, a baseball cap and a sports jersey in a pushchair at a grocery store 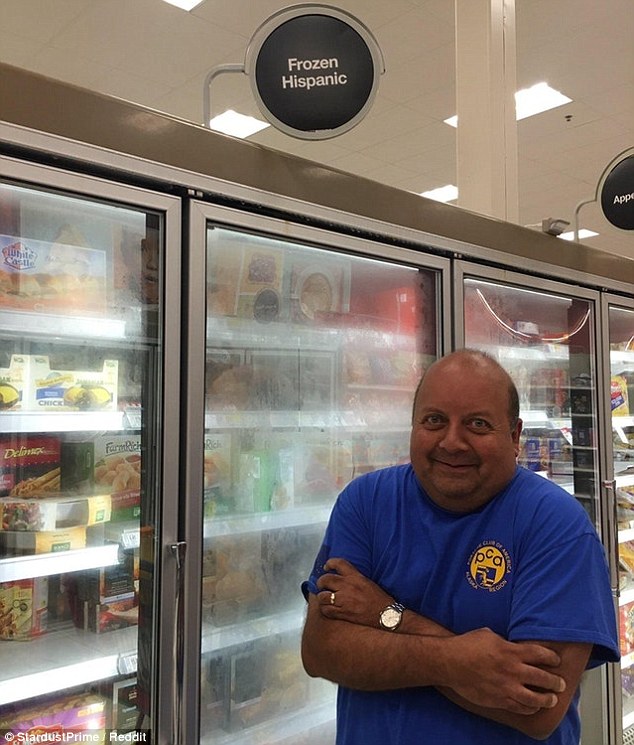 The ultimate dad joke! This Latino father was very pleased with himself when he saw a sign for frozen Hispanic items in the freezer section of a supermarket so that he could pose underneath it with his hands covering his arms to indicate he is cold 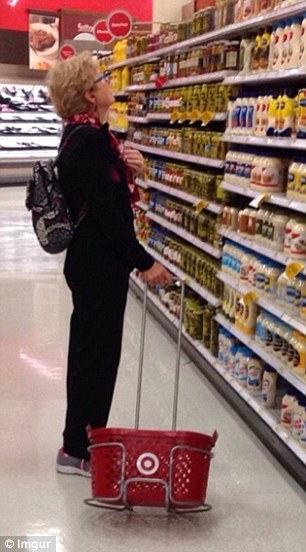 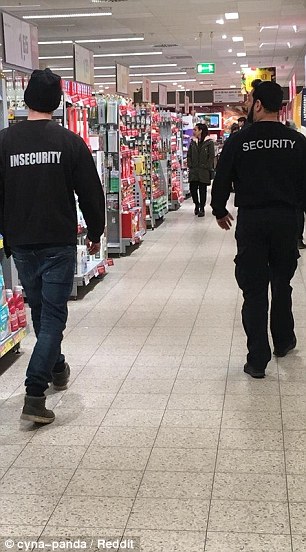 That’s not how that works! A shopper didn’t realise you were supposed to take the basket out of the metal storage unit, and not drag it around the store (left). At another supermarket, a prankster followed a security guard who had a jacket with the word security emblazoned on the back with his own jacket that read: ‘Insecurity’ (right) 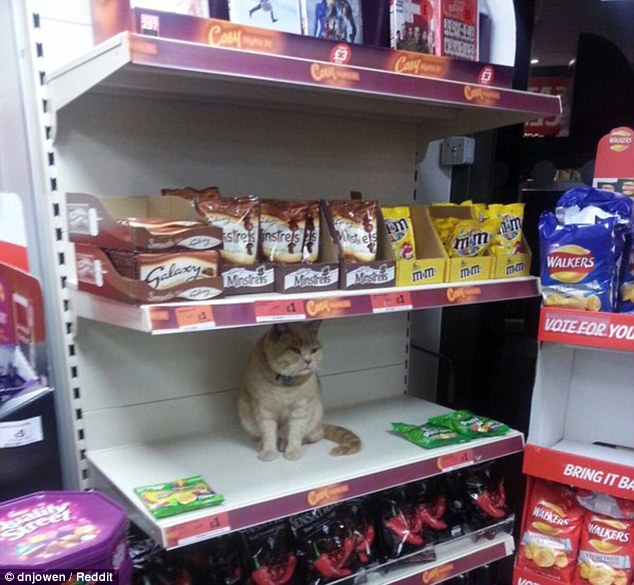 Do you want a cat with your chocolate? A cute cat managed to sneak into this Sainsbury’s store  and hide on a shelf amongst some sweets and chocolate Two elderly women twins decided to dress in exactly the same way in pink shirts, cropped trousers, pulled up white socks and white sneakers, and one shopper couldn’t help but document them 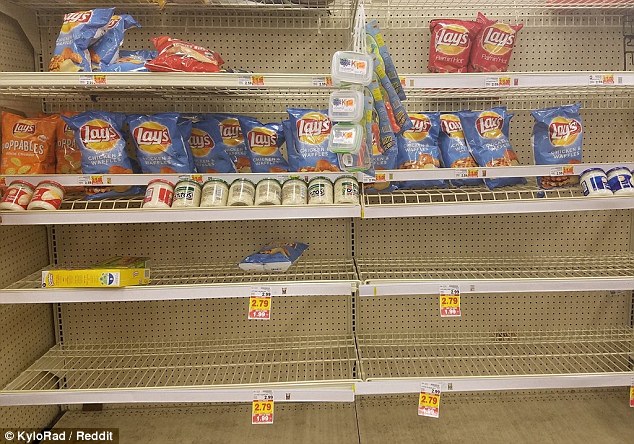 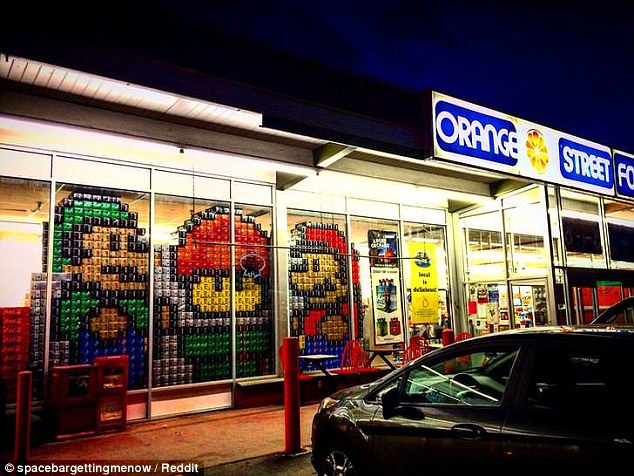 This grocery store got creative when displaying its cans of soda and decided to arrange them so that it would look like Luigi, Toad and Mario from the popular Mario video games