Sophie, Countess of Wessex’s ‘wide’ smile shows ‘passion’ for her role in the Royal Family

Sophie, Countess of Wessex, 55, is a senior working member of the Royal Family which means she will attend events with her family as well as on behalf of the monarch. When out on visits and engagements, the Countess will often show wide smiles and natural looking body language. What does expert Judi James think her smile shows?

The body language expert explained: “Like Kate, Sophie appears to be able to wear a sustained and congruent, or authentic-looking smile on every royal engagement, although Sophie uses some small cues and techniques that create a very individual, signature look.

“Sophie’s smile is wide but not over-performed as it only reveals the upper teeth, and the corners of her mouth are often pulled down slightly to suggest emotions like caring and empathy.

“A dazzling style of royal smile would entail more teeth and symmetry but Sophie’s is a little more mature and complex.”

According to Judi, the Countess’ smile signals kindness. 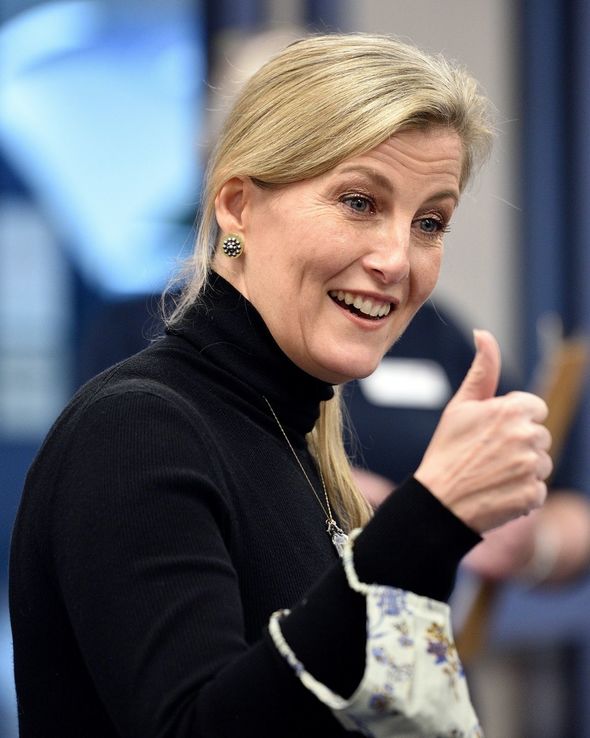 When speaking to people she has met, Sophie’s body language will often suggest that she has her full attention on that person.

Judi added: “Her cheeks are slightly rounded and her eyes are crinkled in an eye-smile that also appears to signal kindness more than just happiness and fun.

“She also has a hint of a dimple, which often makes a person popular as it tends to be a signal of frequent smiling rather than just performed or ‘flash’ social smiling.

“Sophie usually combines a head-tilt to the side with her mouth-smile and this would add to the impression of empathy as well as looking like an offer to listen to the people she is meeting.”

Over her time in the Royal Family, the Countess has attended lots of events, meaning she is probably now more comfortable being in the public eye.

The expert explained that these rituals make Sophie look relaxed when she is out on her own.

While Sophie and Edward are seen together for the most part, the Countess has many charity interests on her own, and therefore will regularly be seen without her husband.

Judi added that Sophie’s smiles suggest “genuine passion about her work as part of the royal firm.” 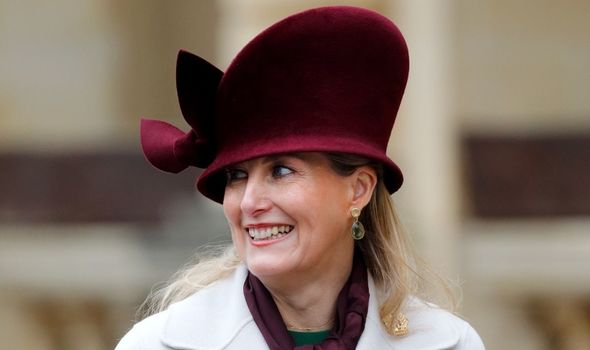 “Like Kate, both Sophie and Edward have increased their smile-rate dramatically since all the rifts in the top tier of the royal line-up and are nearly always seen not just grinning but laughing,” said Judi.

She added: “This does sometimes look as though a PR dictate went round the royal firm but Sophie and Edward’s smiles do actually look pretty congruent and authentic.”

As members of the Royal Family, the couple must follow certain protocol when in public, like limiting public affection.

However the expert said that this has ramped up in recent years. 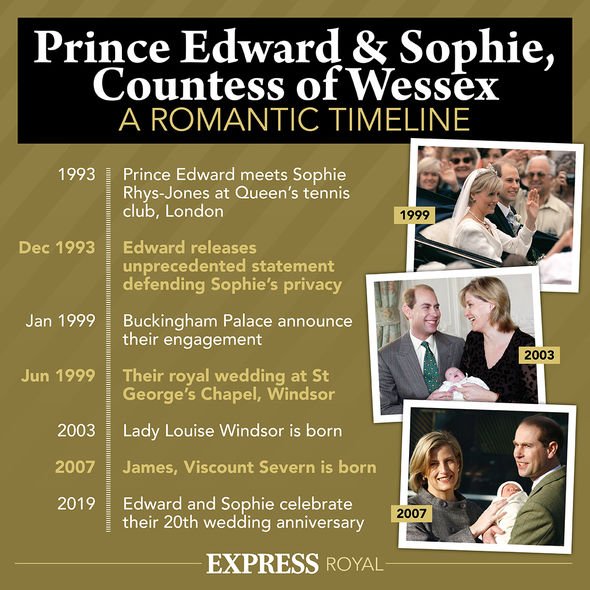 Judi explained: “Although Sophie and Edward’s body language together suggests authentic, strong bonds of shared humour and affection, the frequency of these displays in the wake of Harry and Meghan’s move to the US does hint that either they or the Firm itself made a conscious decision to allow and even promote more open displays of affection in public from royal couples like Sophie and Edward and William and Kate.

“After Diana and Charles’s openly emotional and sometimes hostile-looking body language displays the royals seemed to have gone into emotional close-down, taking a decision to throw a veil over any PDAs in future, apart from more formal and traditional rituals that were all about perfect social smiles and non-tactile behaviour.

“Then Meghan appeared on the scene and the popularity of Meghan and Harry’s more demonstrative and very loving touch and hug rituals did seem to leave a lasting legacy with the other top-tier royals.”

William and Kate have also shown more displays of affection in public too as well as smiling and joking more.

The expert went on: “William and Kate became much more relaxed about their displays of fun and affection and Sophie and Edward are now rarely seen doing anything other than laughing together or even gazing fondly at one another.

“Neither royal couple’s body language appears forced or contrived, which adds to the theory that they have previously been suppressing and holding back their natural inclinations for more loving behaviours when together in public.”