STEPHEN GLOVER: Who will rid us of these anti-Brexit bishops?

STEPHEN GLOVER: Who will rid us of these anti-Brexit, grenade throwing bishops?

Church of England bishops have over the years derived much pleasure from flinging brickbats at the government of the day.

That almost always means a Tory government. Thirty-five years ago, some prelates famously criticised Margaret Thatcher over her economic policies, which they thought were impoverishing the inner cities.

But I’m not sure rebellious high ecclesiastics have ever gone as far as now. 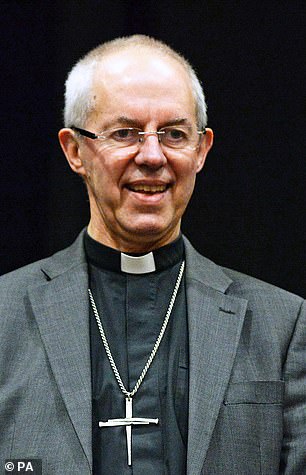 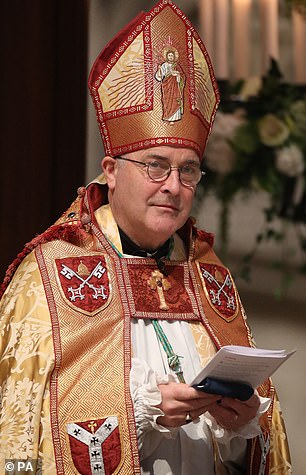 Why don’t I support the letter written by the Archbishop of Canterbury, Justin Welby, and the newly enthroned Archbishop of York, Stephen Cottrell, plus the leaders of the Anglican Church in Scotland, Northern Ireland and Wales?

In a letter to the Financial Times, the acknowledged epicentre of Europhilia, a bevy of archbishops has criticised the nuts and bolts of a Government Bill about post-Brexit arrangements in the most extreme and meddlesome terms.

This is the Internal Market Bill, which began what is likely to be a bumpy ride in the House of Lords yesterday, having sailed through its third reading in the Commons by 340 votes to 256 three weeks ago.

There is one aspect of the Internal Market Bill to which I strongly objected last month.

A Cabinet Minister, Brandon Lewis, admitted without a grain of shame that it could break international law.

Some seasoned Tory Brexiteers with impressive battle honours in past Euro-skirmishes were aghast. 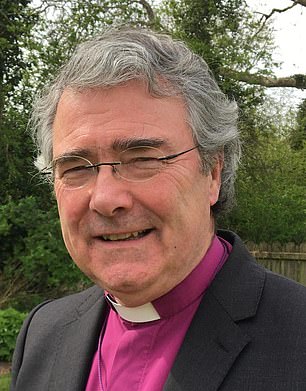 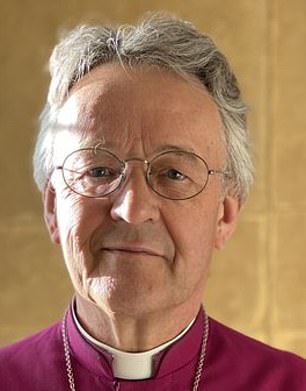 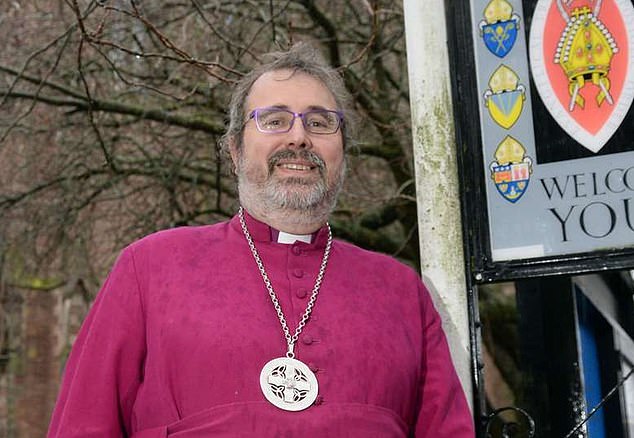 The Bishop of Moray, Ross and Caithness in the Scottish Episcopal Church Mark Strange is pictured above

What had happened was that in a rush to get his ‘oven-ready deal’ shoved into the cooker last January, Boris Johnson agreed to terms which could undermine unfettered trade between Great Britain and Northern Ireland in the event of No Deal. Bits of the Withdrawal Agreement might have to be re-written.

Many Brexiteers, myself included, believe that respectable governments shouldn’t go round tearing up international treaties just because they have discovered that they didn’t properly read the small print.

So why don’t I support the letter written by the Archbishop of Canterbury, Justin Welby, and the newly enthroned Archbishop of York, Stephen Cottrell, plus the leaders of the Anglican Church in Scotland, Northern Ireland and Wales?

It’s partly because the hand grenade which they have just detonated is designed to cause maximum political damage to the Government while it is engaged in knife-edge negotiations with the EU to secure an eleventh hour deal. I don’t expect archbishops to behave like that.

And it’s also because their letter goes far beyond merely expressing a moral objection to breaking international law. They take up arms on behalf of the Scottish and Welsh governments, which object that powers being transferred from Brussels to London — for example, regarding the distribution of regional aid — are not being passed on to them.

The prelates additionally claim that the Government is threatening to undermine the Good Friday Agreement, which brought peace to Northern Ireland. One could just as easily argue that No 10’s attempt to safeguard trade links to the province will protect the Agreement.

But whether one accepts parts of the letter, or rejects the whole of it, is not really the point. This is an entirely political intervention that could have been written by anti-Brexit Liberal Democrat HQ. It is secular, and has nothing whatsoever to do with God, whose views on Brexit are unknowable (and possibly very far down His agenda).

Let me make a distinction. Some people say the Church should never interfere in politics. This can’t be true if by politics we mean the way in which society is organised. Protestant pastor Dietrich Bonhoeffer was obviously a great hero in resisting Hitler, and paid for it with his life.

No, what clerics should do is avoid party politics. If they become involved in the cut-and-thrust of democratic controversy — as these archbishops have regrettably done — they become divisive. They also turn themselves into creatures of the world when they are supposed to speak on behalf of God.

My own parish priest is a rare exception. I know, because I have been told, that he is a man of the Left. But you would never guess so from what he says. He enjoins us to care for the poor, which is what Christ told us to do. It is not the policy of a particular political party.

Over the past few decades, the hierarchy of the Church of England has become increasingly party political — the centre-Left at prayer. Nowhere has this been more evident than in the ructions over Brexit. 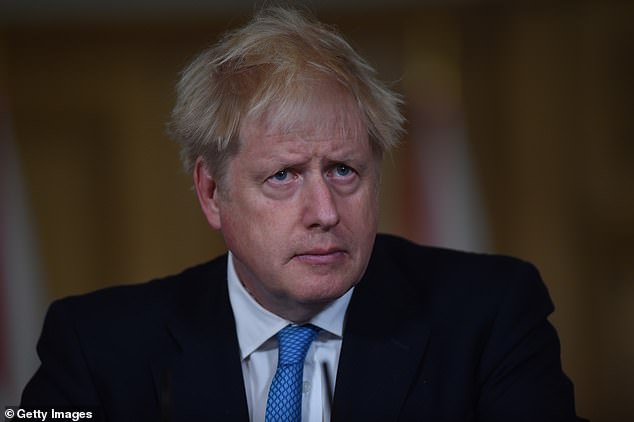 What had happened was that in a rush to get his ‘oven-ready deal’ shoved into the cooker last January, Boris Johnson agreed to terms which could undermine unfettered trade between Great Britain and Northern Ireland in the event of No Deal. Bits of the Withdrawal Agreement might have to be re-written

A few days before the 2016 referendum, Archbishop Welby unwisely entered the debate by writing that he would vote Remain. He argued that Brexit would hurt the poorest, and should therefore be avoided.

But how could he know it would have that effect? Many believe the opposite. Even if he were right, aren’t there other powerful reasons for wanting to be free from EU diktats? He approached the issue with the mindset of a secular politician.

And so he has gone on. Last year he agreed to chair a ‘citizen’s forum on Brexit’ which, almost comically, was dominated by leading Remainers such as Labour MPs Yvette Cooper and Hilary Benn.

Meanwhile, 25 of his episcopal colleagues joined the political fray by despatching a letter expressing their alarm at the prospect of a No Deal Brexit. I hope we avoid one, too. Why, pray, should it be the function of senior churchmen to express a public view?

By the way, it’s likely that on the subject of Brexit, as with so much else, Left-leaning bishops are at odds with many in their congregations. According to one piece of research, 66 per cent of Anglicans voted Leave, compared with 52 per cent of the general population.

That letter to the Financial Times is one more manifestation of the Church hierarchy’s anti-Brexit prejudices, which have nothing to do with its proper mission. It will irritate the Government, and possibly give encouragement to Remainer peers lining up to oppose the Internal Market Bill.

In the end, though, the Government will get its way and emerge unscathed. The chief victim of the Church of England’s interfering in the daily business of politics is the Church itself. It becomes ever more distant from the spiritual role it should be fulfilling.

When did you last hear a bishop defend the sanctity of marriage or speak about abortion?

So bold in intervening in the political sphere, prelates are usually too timid even to dip a toe into the water in the moral sphere.

I suspect they are terrified of offending the irreligious. Or do they spend so much time administering their dioceses with a worldly cast of mind that they have forgotten about spreading the Gospel?

And what about the pandemic? What comfort have the bishops given us? Almost none, I fear. The Church has behaved as an enforcing arm of the authorities.

Justin Welby even decreed that priests shouldn’t be allowed to enter their locked churches for devotional purposes. What kind of message did that give?

I’ve no doubt Welby is a holy man. But he so often comes across as a bureaucrat who naturally speaks the language of the party politician — of a dependably Leftist and anti-Brexit stamp.

There are still hundreds of wonderful priests. But the nation would take more notice of the Church if only — to paraphrase an irascible English king — we could be rid of these meddling, secular bishops. 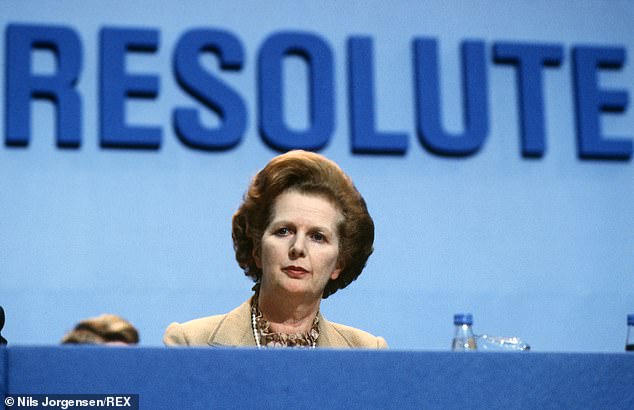 Church of England bishops have over the years derived much pleasure from flinging brickbats at the government of the day. That almost always means a Tory government. Thirty-five years ago, some prelates famously criticised Margaret Thatcher over her economic policies, which they thought were impoverishing the inner cities