Student, 18, ‘predicted’ exams crisis in an award-winning story she penned last year about inequality in the education system which saw people ‘split’ into bands by an algorithm according to their social class

A student who ‘predicted’ the exams crisis in an award-winning piece of writing she penned last year says she now feels like she has ‘fallen into her own story’.

It was inspired by what she described as the ‘inequality between schools in the UK, whether it be between the North and the South or state and independent’, and saw students sorted into bands based on social status according to an algorithm.

After GCSE and A-Level exams were cancelled this year due to Covid-19, regulator Ofqual dismissed teachers’ predicted grades for their pupils in favour of an algorithm which calculated them largely based on the school’s performance in previous years, thereby penalising students at low-performing institutions in poor areas. 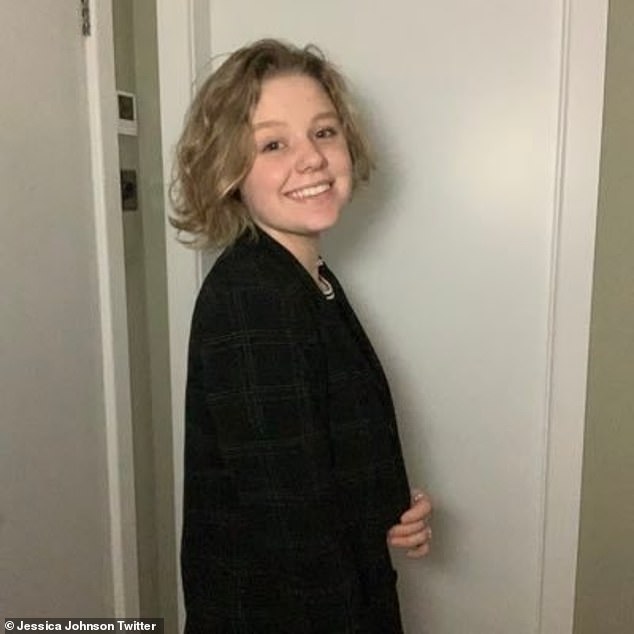 Nearly 40 per cent of results – 280,000 – were downgraded, sparking a chaotic race for university places.

Jessica, who attended Ashton Sixth Form College, saw her English A-Level downgraded from an A to a B. It meant she was then rejected by the University of St Andrews and denied her £16,000 scholarship.

She said it was ‘ironic’ to become ‘a victim like one of her characters’.

Speaking to the BBC, Jessica explained: ‘I wrote about the myth of meritocracy and it was about an algorithm that split people into bands based on the class that they were from. 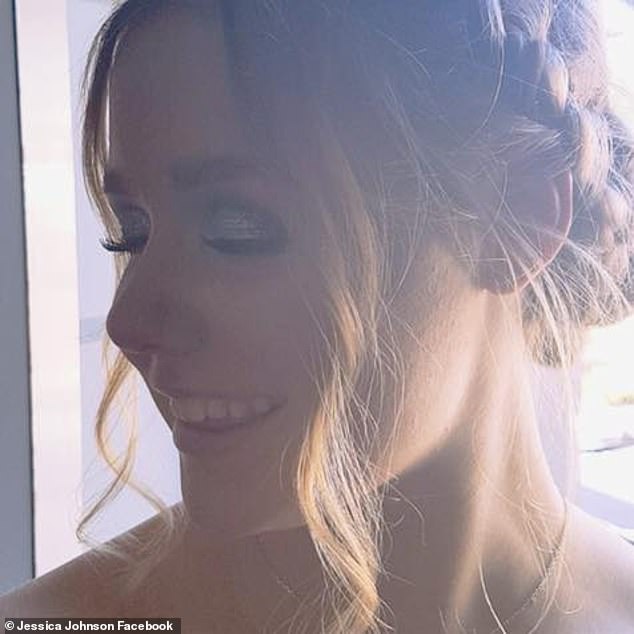 Jessica, who attended Ashton Sixth Form College, saw her English A-Level downgraded from an A to a B. It meant she was then rejected by the University of St Andrews and denied her £16,000 scholarship

‘I feel like that is quite ironic, I’ve literally fallen into my own story… I feel a victim of it.’

She added that she had done a lot of extra-curricular work to boost her application and was given a scholarship on the basis of her achievements.

‘It just felt like all of that [has] been taken away from me because of the place I live and the college I attend,’ Jessica said.

Yesterday government ministers announced a U-turn and agreed to allow A-Level and GCSE results in England to be based on teachers’ assessments. Education Secretary Gavin Williamson apologised to students and parents affected by ‘significant inconsistencies’ with the grading process amid calls for him to resign or be sacked.

Jessica now hopes her university’s decision is reversed, and said she is ‘glad they made the change’.

‘I think it would have been unfair if (Northern) Ireland, Scotland and Wales made the change and we didn’t, so I’m very glad,’ she said.

She questioned why the change had taken so long, coming four days after results were released on Thursday.

‘It should have been changed a few days ago to be honest,’ she added. ‘It’s caused a lot of stress and anxiety that it didn’t need to by making us wait.’ 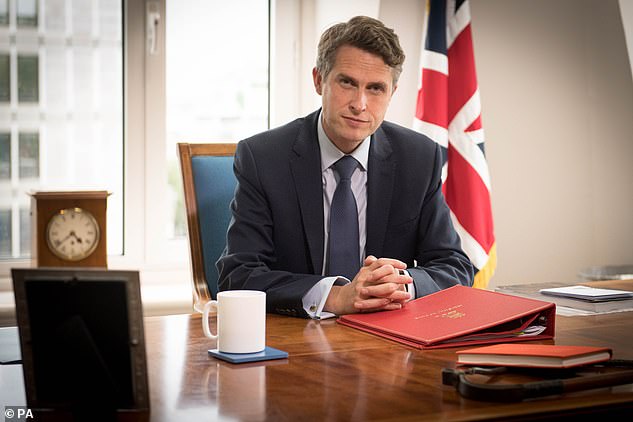 Universities have now been thrown into chaos as 55,000 pupils scramble for the remaining places, amid fears that even next year’s cohort could be affected.

The industry’s main umbrella body said universities were seeking ‘urgent clarification’ on how to accommodate students they had earlier refused because of A-level results downgrades.

55,000 pupils who were rejected by their first choices had signed up for other institutions – and could now want to return to their desired university if their grades are bumped up by the U-turn.

Roughly 30,000 accepted a place at their second choice university, while an additional 80,000 are holding out for appeals.

However a number of top universities such as Bristol and Liverpool, has already indicated some students may have to defer, causing possible long term consequences for next year’s cohort.

Barnaby Lenon, chairman of the Independent Schools Council told the Financial Times that this could impact upon pupils due to sit exams in 2021.

He said: ‘There could be a stack of students who have deferred, who have these gloriously high A-level grades and the poor 2021 (A-Level) students who’ve missed a significant amount of their course are going to have to compete.’

It is thought that up to 1,500 potential Oxbridge students could miss out on going to one of the ancient universities.

The Russell Group, who represent the top institutions in the UK, has warned that any increase in admissions risked ‘stretching resources’. And that some universities would not be able to take on more students due to safety restrictions put in place to stem the Covid-19 pandemic.

What was the original plan?

After exams were cancelled, Ofqual, the exam regulator, asked teachers to submit grades for students and list them in order of ability. However, it was apparent that many had been overly optimistic. It was decided that more reliance would need to be placed on statistical modelling – or ‘standardisation’. This led to the algorithm which was used to calculate grades.

Why was this controversial?

A huge proportion of teachers’ predictions were deemed useless. A school’s performance in previous years played a greater role – reducing 40 per cent of A-levels, and an even higher proportion of GCSEs. The system penalised students at low-performing schools in poor areas. Its aim was only to preserve existing trends – including educational inequality.

What has now changed?

But the onus on schools to submit evidence that their grades were wrong meant the row deepened. The Scottish government was first to U-turn, promising to restore the original teacher predictions. Westminster came up with a ‘triple lock’ guarantee, meaning pupils could fall back on mock exam grades or take fresh papers in October. But after a weekend of confusion, it announced England would also allow teachers’ grades.

How will they get new grades?

Guidance is yet to be issued by the Department for Education, but it is assumed that boards will send out new exam certificates in the coming days for A-level students. The Government has said GCSE results will not be delayed, so they should also reflect teachers’ grades.

The Government hopes the vast majority of appeals will now be dropped. Gavin Williamson indicated appeals would need to be based on ‘bias and discrimination’. But full guidance is yet to be released.

Universities demanded ‘urgent clarification’ on how they could be expected to accommodate a wave of extra students with upgraded marks.

Although the Education Secretary is lifting the student numbers cap, universities may find they are fully subscribed and the only option is to defer places. Mr Williamson said he expected universities to be ‘flexible’ and ‘honour the commitments’ to students who now have better grades. There is no detail yet on how the system will work, having already been under massive strain.